A NEW Inspector-General will soon be policing the roll-out of the Murray-Darling Basin Plan and will make sure all water users are following the rules.

The move was approved by all Basin states and the Australian Capital Territory at a Ministerial Council meeting in Canberra yesterday.

“The Inspector-General will be a tough, but fair cop to oversee all state and federal agencies delivering the Basin Plan,” Minister for Water Resources, David Littleproud, said.

“They will make sure all agencies live up to their responsibilities and can investigate allegations of water theft.”

Mr Littleproud said the Inspector-General would hold the Murray Darling Basin Authority (MDBA), Commonwealth and all states to account, provide independent assurance to the community around the plan’s implementation and ensure the laws governing water use were followed.

The Inspector-General will be able to refer issues to the Commonwealth Integrity Commission once it is established.

Mr Littleproud said Basin Water Ministers also agreed the Inspector-General should report to the Ministerial Council when it meets every six months. 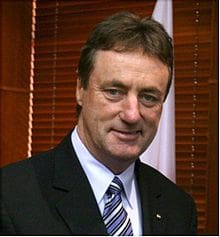 “This is another way in which the Inspector-General will be accountable to everyone in the Basin as well as appearing before Senate estimates,” he said.

“The goodwill taken to create this position reassures me that this new role will help to rebuild trust between the states.

“It will also give basin communities greater confidence the Plan is being rolled out fairly.

“This is the best plan we have, and we all need to work together to deliver it.”

Legislation to create the new statutory role is likely to pass Parliament next year.

The role will replace the Northern Basin Commissioner, with oversight of both Northern and Southern Basins.