Ag workers in flood areas at risk from Japanese Encephalitis

WITH floods affecting large parts of the eastern states in recent months, health authorities are urging people in rural areas to vaccinate themselves for Japanese Encephalitis Virus.

People living in most shires west of the Great Dividing Range have been identified as the highest risk of attracting the virus.

According to Queensland Health, symptoms include fever and headache, abdominal pain; in children, vomiting can be an additional symptom.

Health departments in Queensland, New South Wales and Victoria have released a list of local government areas they are concerned about and are recommending residents in the following districts to vaccinate: 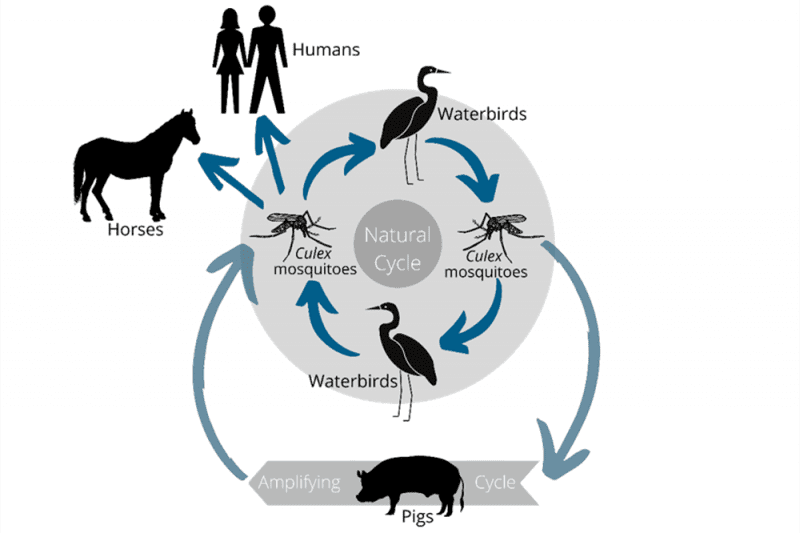 The agricultural workforce fits the bill for the high-risk categories, with people working outside for more than four hours a day on the list.

“JEV is primarily transmitted by bites from infected mosquito vectors and is maintained in mosquito–waterbird or mosquito-waterbird-pig cycles,” the Queensland Health website states, adding that Australia has a number of mosquito species capable of transmitting the virus.

“Pigs are known as ‘amplifiers’ of the virus as they develop levels of virus in their blood sufficient to infect mosquitoes for around four days.

“Horses and a wide range of other species may be infected but do not develop levels of virus in their blood sufficient to infect mosquitoes, so are not involved in maintaining the disease life-cycle.

“JEV does not survive for long in the environment and windborne spread of the virus has not been reported.”

Queensland Health has advised the best way to protect yourself from JEV is to reduce chances of being bitten by a mosquito and minimise the risk of them breeding in and around your home.

To reduce your chance of being bitten:

To minimise mosquitos breeding in and around your home: