Both pose significant risks to the Australian grain industry, and appeared in PHA’s least-wanted plant pests and diseases list in 2016.

A group including varroa, tracheal and tropilaelaps mites are also in the top 10 pests to keep out of Australia, as they would affect European honey bees’ ability to pollinate canola and pulse crops, as well as a range of horticultural crops.

The report describes khapra beetle as a “small but tough” pest of stored grain that would have a major impact on the grains industry if it were to establish in Australia, threatening access to export markets.

It said khapra beetle larvae could survive in a dormant state for up to two years with very little food.

“It could arrive in cargo, machinery, food or mail items, or be brought in by travelers in personal effects.

“Once here, it could spread easily via the movement of seed, straw, stored grain, cargo or machinery.”

Karnal bunt is a disease caused by the Tilletia indica fungus, a highly invasive exotic pest which threatens Australia’s wheat, durum and triticale production by its potential heavy impact on the quality and ability to sell infected crops.

If introduced, the report said Karnal bunt would be almost impossible to eradicate as its spores can persist in soil for up to four years.

“The system supports sustainable plant production, our unique ecosystems and way of life, while maintaining and enhancing market access, benefiting all Australians.”

Compiling the 2018 National Plant Biosecurity Status Report relied on the input of more than 100 organisations including government agencies, industries and the research sector.

The report said factors such as globalisation, international and interstate movement, climate change, tourism and the increasing volume of goods moved are all contributing to increasing biosecurity risks. 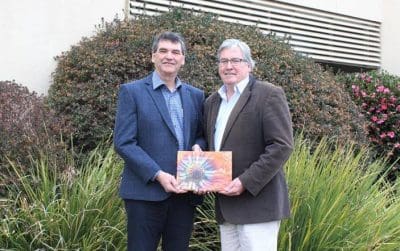 It said growth in trade and international movement of people presented biosecurity challenges for Australia, which now has nearly 100 million tonnes (Mt) of freight arriving by sea each year.

On top of that is 1Mt of freight arriving by air, and the arrival of 21M international travellers, including 8.5M  foreigners.

PHA said the management of established or regionalised pests that are already present was just as important as keeping out pests that had not yet breached Australia’s shores.

The PHA report documents some of the key events of the year and the many layers of the plant biosecurity system that protects Australia’s plant industries and environment.

The latest report is the organisation’s eleventh, and is one of several tools used to help monitor the continuous improvement of Australia’s plant-biosecurity system.

The report covers the role of governments, industry and the community, the most concerning exotic plant pests to the environment, and plant industries.

Content is framed against the system’s three layers of protection: pre-border, border and post-border.

The surveillance and diagnostics services that are required to detect and identify new pests are described, and a summary given of the status of emergency responses active during the year.

For the first time, a timeline of notable biosecurity events during 2018 is provided, which links to features throughout the document.

“We all work together to respond to challenges faced and prepare for those ahead.”