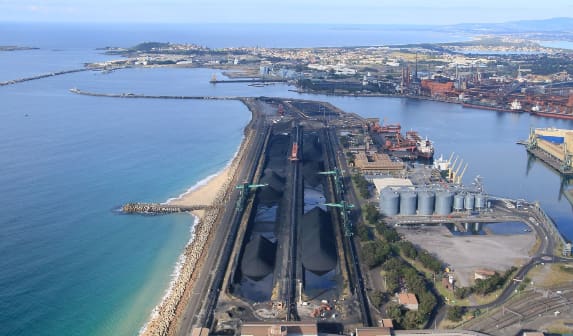 The incident occurred on 15 December and closed the up and down paths until 22 December when one path reopened on limited hours.

The Australian Rail Track Corporation (ARTC) today advised the second rail path reopened at 1515 yesterday and normal 24/7 operation on both lines has resumed now that all grain and debris on and around the line have been cleared.

The derailment meant a succession of trains carrying grain to Port Kembla’s two deepwater grain terminals had to be diverted via the Sydney rail network.

In tandem with limited access on the MVU line, scheduled loading of wheat and canola cargoes at the GrainCorp and Quattro berths took place largely as planned.

GrainCorp corporate affairs manager Jess Simons said last week the company was at most a few days’ behind on receiving grain because of the line closure.

“All things considered, the impacts have been minimal and we are certainly looking forward to the line reopening.”

Shipping stems and schedules for Port Kembla this month indicate a 60,000-tonne cargo of canola has already left the GrainCorp berth, and a 55,000t wheat cargo is now loading, with a 60,000t wheat cargo to follow.

The smaller Quattro terminal is loading 33,000t of wheat, with a 60,000t  wheat cargo to follow early next month.

Grain Central understands all canola and wheat booked to load last month was shipped as planned prior to the derailment.