SEA containers with high-risk plant products and packed in a khapra beetle target risk country or are destined to rural grain growing areas of are now, from April 2021, required to undergo mandatory treatment offshore.

Australia is free of khapra beetle and it is important we keep it that way for continued access to valuable international markets.

Eighty percent of our grain exports would be at risk if khapra established in Australia or if there was the perception that it had, according to a statement today from Minister for Agriculture, David Littleproud. Dried food exports such as nuts and dried fruit would also be at risk.

“Australia has a robust biosecurity system that reduces the risks posed by exotic pests and diseases, as well as established procedures to manage detections when they do occur.”

In 2020, Australia saw a marked increase in khapra beetle (Trogoderma granarium) interceptions. These tiny but hardy insects – or their remains – were found in goods they had previously not been found with, and in shipments from countries not known to have khapra beetle.

Khapra beetle is a significant global threat. Khapra beetle has been recorded infesting more than 100 commodities, including most dried plant products. It can destroy grain quality, making it unfit for human or animal consumption. As a highly invasive pest, khapra beetle poses a major threat to Australia’s billion-dollar grain industry.

Importers are encouraged to stay up to date on the urgent actions by visiting www.awe.gov.au/khapra-urgent-actions. 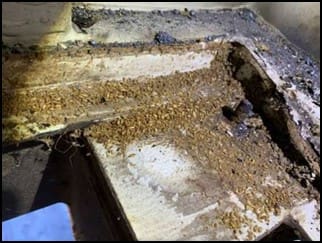 By analysing the interceptions during 2020, the Department of Agriculture Water and the Environment found that at least 67 per cent of interceptions are suspected to have been caused by contaminated sea containers.

Through container history tracing, the department identified that contamination has most likely occurred when containers previously carried high-risk goods from countries known to have khapra beetle, sometimes years before the detection.

Contaminated containers are not the only pathway for khapra beetle into Australia – it can also enter via contaminated goods from countries known to have khapra beetle. Urgent actions are being implemented to address the risks of khapra beetle entering both on plant products, which are known hosts, and as a hitchhiker pest in sea containers.

Analysis has shown that changes to the management of sea containers to address hitchhiker risk is our most urgent priority – and presents the newest challenge for our biosecurity system. 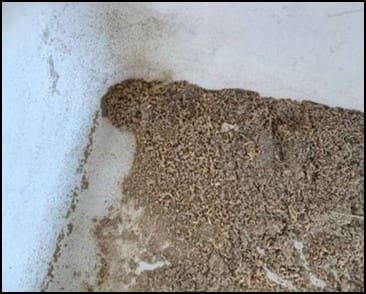 Khapra beetle larval skins vacuumed from the floor of a container.

Managing the risk of sea containers is a complex, global problem. In Australia, we receive approximately three million containers a year so it’s not possible for us to inspect every sea container when they arrive. Instead, the department allocates effort and resources to the highest risk sea containers, while undertaking surveillance and verification activities on other lower risk sea container pathways.

From a khapra risk management perspective, identifying which sea containers pose the highest risk to Australia is a significant challenge as historical data on sea container global movements and the previous cargoes they held, prior to arrival into Australia is not easily accessible. There is a need for global coordination to enable proper tracking of containers and access to data on their movement history, condition and cargoes.

The Federal Department of Agriculture, Water and the Environment is working with overseas counterparts, industry and research organisations to identify possible global supply chain solutions. In the meantime, urgent measures are being put in place to minimise the risk of khapra beetle entering in sea containers.

From April 2021, containers from khapra beetle countries that carry high-risk plant products or are destined to rural grain growing areas of Australia must undergo mandatory treatment.

High-risk plant products are defined as products that khapra beetle is known to eat. Some examples include rice, chickpeas, wheat and safflower seed.

Additional measures on a broader range of containers are expected to commence in late 2021.

Mr Littleproud in December 2020 announced a $14.5 million investment to strengthen biosecurity measures at the border to  provide for:

The department is also looking into new technology that can assist in strengthening Australia’s biosecurity measures at the border. As khapra beetle can remain undetected in sea containers for many years, new technology is needed to quickly determine if a sea container is a risk before it is released from biosecurity control. The department is currently undertaking trials of eDNA technology, which may be the solution to this challenge.

Similar to how sewage is being tested for COVID-19 fragments to determine if it’s present in a particular location, eDNA can be used to determine if insects, such as khapra beetle, are present in imported goods and sea containers. eDNA is DNA that is left behind by an insect in the environment.

The DNA can be obtained from insect parts including skin, urine, hair or other secretions left behind by an insect. By testing samples of dirt and dust vacuumed from sea containers, eDNA technology could be used to rapidly detect whether khapra beetle has been, or is present, in a sea container. The portable eDNA device is no bigger than a mobile phone and can return a result in 20 minutes.

Source: Federal Department of Agriculture, Water and the Environment

Further information about khapra beetle and how the department is managing it is available at awe.gov.au/khapra-urgent-actions

This article contains information updated since publication in February 2021.