RECENT flooding may have hampered some property inspections and auctions in some parts of New South Wales, but it hasn’t slowed interest in the state’s dryland cropping properties.

Nutrien Harcourts Narrabri agent James Thomas, who handled the transaction with Andrew Jakins from Nutrien Harcourts Goondiwindi, said the property was initially passed in at auction before selling via a private treaty.

He said both the parties were happy with the outcome.

The vendors were winding up their NSW operations after purchasing a large-scale southern Queensland irrigation property earlier this year.

“It was being sold to finalise the transition to Queensland.

Located between Burren Junction and Cryon, Marlbone has a strong history of producing cereal and pulse crops, including wheat, barley and faba beans.

After an over 108-year, multigenerational ownership, the Carter family have decided to list their 1057ha cropping property, Wingrove.

It is located 12-kilometres south-west of Tullibigeal and 26km from Lake Cargelligo in central west NSW.

Mr Freeman is handling the listing in conjunction with DJ & LJ Frankel Tullibigeal.

“We have definitely had early interest; we have had three inspections already,” Mr Freeman said.

Wingrove is spread across four portions, with current interest coming from parties looking to purchase the entire aggregation.

He said the property is over 90 per cent arable and has been cropped with a canola, wheat and barley rotation.

“It is going to be a pretty highly sort after parcel.

“It is that really nice red loam kurrajong country; that is generally what a lot of the croppers have been chasing lately, especially with all the wet weather we have had.

“There is not that many paddock trees, it is a pretty efficient continuous cropping farm.”

Improvements include several silos, sheds and workshops as well as cattle and shed yards and woolshed.

Mr Freeman said the livestock infrastructure is still function and could provide an opportunity for a future owner to turn the property into a mixed operation.

“In recent years it has been continuously cropped; it can be operated as a mixed farm again because there is still the fencing and the sheep infrastructure there.”

However, he said, with current prices, most prospective buyers will be looking to continue the property as cropping only.

Wingrove will head to auction on November 17 at West Wyalong.

Mr Freeman said it is expected that the property will sell for over $5000 per hectare. While Marlbone could head to auction, north-west NSW dryland cropping property, Chelsea, is yet to have a finalised auction date after the flooding forced agents Moree Real Estate (MRE) to reschedule.

Located 1km north of Garah, Chelsea was originally set to be auctioned on October 14, but no new date has been confirmed.

The 1532ha property is almost 95pc arable and has been utilised for crowing winter and summer crops.

The property boasts average annual rainfall of 556 millimetres as well as having access to a capped and piped bore scheme and Gil Gil Creek frontage.

It also features 10 silos with a total capacity of 516 tonnes, a grain shed and woolshed including sheep yards. 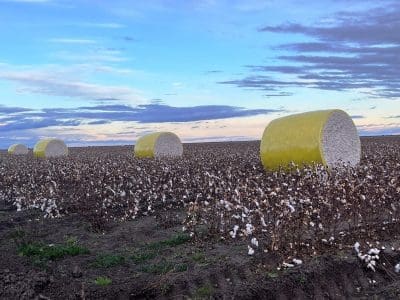 Mr Adams said they had no choice but to reschedule the auction.

“It has just been too wet; we haven’t been able to get around it,” Mr Adams said.

“We have had one person around it and about four more lined up to have a look.

“Every time it dries out it seems to rain again.”

Mr Adams said wet weather has made most things difficult for agents in NSW.

He said in some cases agents have been able to take interested parties around properties on quad runners or side-by-sides; however, this option usually doesn’t work with cropping properties.

“With [Chelsea] we are just waiting for it to dry and then we are going to probably know then how the program is going to play out.”

“It has been challenging, the last two months.

“Sometimes there might have only been two days a fortnight that we were able to access properties.

“You just work in around it; with Marlbone, we were out there a few days before the auction on quad bikes, but most of the time we were able to get everyone around.”

He said, while bringing temporary pain, the weather will give confidence to growers that they will be able to produce high yielding crops in the coming years.

“The season is presenting some challenges with the wet weather, but everyone is optimistic.

“There may be some short-term issues, but you know that you’ve got guaranteed production in the next few years.”