THE Australian plant-based protein sector is experiencing exponential growth, with a most unlikely industry leading the way in pioneering investments, meat businesses.

Meat companies, from global firms to small operations, are keen to take a slice of the expanding sector, with case studies highlighting the economic benefits of investing in plant-based products.

Perceived health and environmental benefits of these products appear to be driving consumer demand with animal-meat producers targeting the “flexitarian” market by duplicating its the taste and texture with plant protein.

Although most of the raw material used to make these products in Australia is currently imported, the increase in local manufacturing could create the perfect conditions for more growers to up their pulse production. 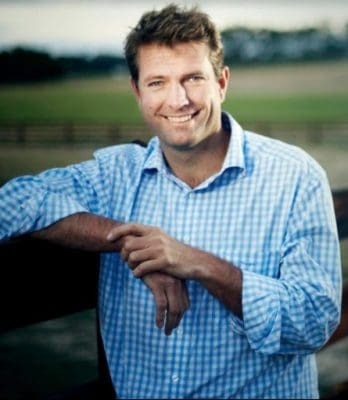 “You see this in so many cafes and restaurants which now offer entire menus that are plant-based in addition to their main menu.

“As a business Thomas Foods International is well placed to help meet that growing demand.

“We look forward to opening up new markets, offering existing customers new products and further strengthening relationships with growers as we embark on this ground-breaking project.”

The third-generation company, employees about 50 people, and expanded into the plant-protein market about four years ago by creating, Plant Nation.

Originally partnering with Hungry Planet, Slape & Sons has now shifted away from the American operation to source soy products from an Australian-based supplier, moving their percentage of local product from 12 per cent to over 60pc.

Slape & Sons national sales manager, Brian Clinch, said it has been a learning curve for the company, which was still tinkering with the optimal way to source the raw material, manufacture and sell the finished product.

He said, like many meat producers moving into the plant-protein space, the goal was to attract meat-eating, flexitarian consumers to plant-based products that mimic the attributes of meat.

He said most of the consumers in the plant-protein space had health as a key driver for their move away from animal protein.

“We’re aiming at that market of meat-eaters, flexitarians, of people looking to try anything rather than vegan only and people who are not ethically vegan, but more driven by health,” Mr Clinch said.

“For us, it’s how do we make it more appealing, more health conscience, and we are open to speak to people about how we improve it and make sure the flavour is still there.”

Mr Clinch said the company’s gradual shift to include plant-based products was put into action several years ago when they started trialing alginate sausage casings made of cultured seaweed.

“Slape & Sons, although small, was the first company in Australia to have alginate casing on a sausage.

“We had a vision for plant-based at some point years ago.

“You wouldn’t be able to make plant-based products without the alginate casing.”

At the other end of the scale, the world’s largest meat processor, JBS Foods, and global food producer and manufacturer, Cargill, have also taken major steps to grab a share in the booming plant-based market.

Cargill, which owns a majority stake in Australian beef processor, Teys Brothers, released a plant-based protein white paper last year, which affirmed the popularity of these products was due to their perceived health and environmental benefits.

Like the experience of Slape & Sons, Cargill’s research found health benefits to be one of the main reasons consumers switched to plant protein, with over half of the respondents to their survey saying they limited or reduced animal protein due to health reasons.

Although none of their Australian operations have introduced plant-based manufacturing, internationally Cargill has launched plant-protein products at its Chinese and US manufacturing facilities.

Owner of 47 feedlots and processing sites across Australia, JBS Foods has a significant footprint in the plant-protein sector starting with launching a plant-based hamburger range through its company Seara in 2019. 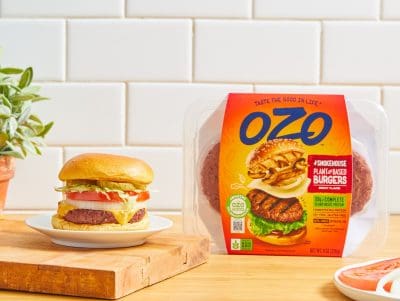 Speaking just after the release of its first plant-based product the then JBS Global Innovation Lead, Christy Lebor, said consumer behaviour as well as the need to make a sustainable and viable business into the future drove JBS’s move to plant-based products.

“We assess the market and what is going on and ask if there is real behaviour change,” Ms Lebor said in a statement.

“If plant-based becomes a meaningful part of the protein segment, we will be there in a big way.”

“You do see a fundamental shift in consumer behaviour.

“What started as vegan or vegetarian is now just a restricted diet or an ethics-driven diet; it’s a lifestyle now.

“It’s turned into something that is attainable for your everyday consumer, something they can do and feel good about.”

Mr Lebor said she believed JBS, as a meat producer, had significant expertise needed to create plant-based products that had the flavour and texture of animal meat.

“What we are looking at is to replicate meat.

“We are a meat company, so we have a lot of expertise internally.” On the other side of the table, plant protein businesses are keen to collaborate with the traditional meat industry and see the value in sharing data, innovations and even manufacturing facilities.

Australian-owned plant protein business v2foods founder, Nick Hazell, said that it is imperative that companies like his should work with and not against meat processors.

“They are a very important partner of ours.

“I don’t believe that plant-based protein is an existential threat, particularly to the Australian meat industry.

“But we need to create far more meat than we could ever do with animals.

“We could do it from plants as well as from animals.”