MOUSE numbers remain moderate to high in many regions of southern Queensland; northern, central and southern NSW; north western Victoria; parts of South Australia; and around Ravensthorpe in Western Australia. 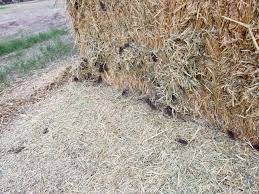 Such numbers at this time of year are of concern for growers, with mice causing damage to maturing summer crops in northern regions, and likely to cause damage at sowing of winter crops in all regions.

Mouse numbers are low in other areas but can be patchy (depending on paddock history) and are not likely to cause damage at sowing.

The latest update from CSIRO and GRDC released today says mice have continued to breed through summer/autumn and will reach a peak in late autumn 2021, coinciding with winter crop sowing.

While it has been very wet in many areas, it is unclear what impact flooding rains have on mouse populations. Queensland: Mouse abundance and activity was moderate to high on the benchmark and rapid assessment sites across the Darling Downs and Goondiwindi. Mice were causing damage to summer crops (sorghum, mungbeans, cotton) and are likely to be a problem at sowing of winter crops. Ongoing vigilance is important.