MICE in numbers not seen for nearly a decade are wreaking havoc throughout the eastern cropping regions, threatening summer crops and raising concerns for forthcoming winter crop plantings.

The widespread outbreak stretches from Queensland through New South Wales and Victoria into the South Australian Mallee. While the pests are only at nuisance levels in many areas, in some districts they have reached plague proportions, invading grain storages, causing extensive damage to crops and skittering through the landscape in their hundreds.

CSIRO research officer and mice control expert, Steve Henry, said while there were reports of high numbers across the board, not all were in plague proportions.

“There are areas where you would call it a plague, but for other areas they are just in numbers high enough to be of concern,” he said.

Mr Henry said conditions had been ideal for the build up of mice populations throughout eastern Australia in recent months.

“It’s caused by a combination of an early break last season which started them breeding early, then a continuation of favourable climatic conditions and the bumper crop which left a fair bit of grain in the field. They are literally dining out on that and that’s sustaining their breeding through the summer to the extent they could cause big problems in the autumn for the winter crop,” he said.

Mice start breeding at six weeks of age and can have a litter every 21 days after that, meaning a pair of mice can give rise to 500 offspring in a season.

Queensland’s AgForce grains president Brendan Taylor said growers in the summer cropping areas had been busy running baiting programs, particularly on young sorghum or mungbean crops which were most vulnerable when they were emerging.

“They are also damaging crops that are in head emergence and flowering. They seem to be really attracted to flowering heads. They have been going for cotton as well, knocking squares off,” he said.

“With early sorghum which had an early rain deficit and has now been harvested, there seem to be significant numbers of mice that are harbouring in the stubbles.”

Mr Taylor said growers were on the front foot dealing with the problem through intensive baiting programs.

Mr Taylor said if numbers persisted, the next concern would be the risk mice posed to the forthcoming winter crop sowing.

“As much as we have mice causing issues with the current summer crop, what really needs to be thought about is planting the coming winter crop into stubbles from last year. That’s when the mice can get particularly busy and do significant damage quickly to a freshly-sown crop like chickpeas. They can dig them up as quickly as you can plant them,” he said.

“The message is for farmers to get out into the paddocks and have a good look to assess the numbers. You might have significant numbers of mice, but unless you look you won’t know.” 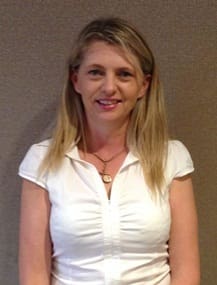 “I have a neighbour growing dryland sorghum which is getting smashed even though he has continually baited,” she said.

“Looking at the paddocks, it’s just like they have been worked in some places as they have so many mouse holes in them.”

Ms Heuston said extensive baiting was putting pressure on bait supplies, and there were even instances where aerial operators were baiting cotton for the first time.

She said mice were also affecting crop trials, with reports of a sorghum trial at Mungindi having to be written off.

The Grains Research and Development Corporation (GRDC) will be running a special online Mouse Update webinar on Friday, February 12.

The Update will be recorded and available for viewing and downloading via the GRDC website.

In the meantime, more details about control options are available via the GRDC Mouse Control website at https://grdc.com.au/resources-and-publications/resources/mouse-control.

Growers are encouraged to report and map mouse activity – presence and absence – using MouseAlert (www.mousealert.org.au) and via Twitter using @MouseAlert so other growers can see what activity is being observed in their neighbourhood.