LAST week’s announcement that Namoi Cotton is to build and operate a gin to process cotton grown in Western Australia’s Kimberley region is the company’s first investment in the tropics, and probably not its last.

Expected to be running by 2023, the Kununurra facility will draw on Namoi’s considerable expertise gained from the 10 gins it already owns and operates from the NSW-Queensland border to southern NSW.

They suffered a broadside from the 2017-19 drought, which reduced Australia’s cotton crop ginned last year to a low for recent decades of 590,000 bales, and down from a record national crop of 5.3 million bales in 2012.

Drought did deplete production in the eastern Australia valleys in which Namoi operates, namely the Macintyre, Darling, Gwydir, Namoi, Macquarie and Lachlan.

Mr Stevenson said while Namoi was working to improve efficiencies at existing sites, it was cautious about asset expansion in areas where it had been hit hard by drought in recent years.

Cotton ginned by Namoi is currently exported through container terminals in Brisbane, Sydney and Melbourne.

While Brisbane is faring better than the two southerners, and Sydney in particular, Mr Stevenson said they were all experiencing pressure from limited container availability and a clunky supply chain.

Cotton from the Kununurra gin is likely to leave Australia via the Port of Darwin, which is also shaping up as the export gate for cotton ex the independent cooperative-owned gin, at Katherine in the Northern Territory, which is now being built.

Mr Stevenson said Namoi was interested in building a gin in North Queensland to service the region’s establishing cotton industry and export cotton via Townsville. 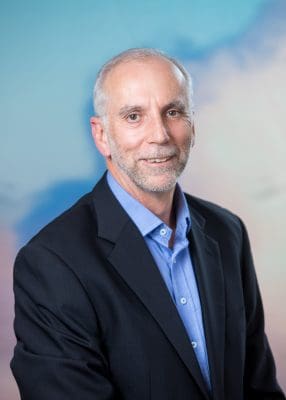 “We’re also very interested in North Queensland, and if we can work out that link direct into cattle growing, that opens up a new opportunity.”

He said the ideal location for North Queensland’s first cotton gin was yet to crystallise, but it would be in proximity to Townsville as north-eastern Australia’s main transport hub.

“The Townsville port is a logical output point, so anywhere on the network.”

“All that cotton is coming south and going out through Brisbane.”

Darwin and Townsville are developing as container ports, and are expected to offer more destinations and sailing times as custom increases.

The cotton road-haul to Brisbane is occurring from cotton fields in the Ord, the NT and North Queensland, and at 3500 kilometres, the Ord’s bales are making the longest trip.

When they are ginned locally, it will improve the bottom line for growers, and enable cottonseed to work its way into rations for cattle in the Kimberley.

Mr Stevenson has previously worked for live exporter Wellard, beef and lamb producer and investor RIFA Salutary, and Consolidated Pastoral Company, and has a healthy appreciation for the potential for cottonseed in tropical cattle diets.

While most Kimberley cattle sell into the live export market, a large proportion of Queensland cattle go into feedlots at generally heavier weights.

Mr Stevenson said the northern beef industry’s demand for cottonseed as a value-added input would play a part in determining how it was marketed ex northern Australian gin.

“There’s an interest in how we can get that into the ration.”

Prior to last week’s announcement, Mr Stevenson said Namoi had been in discussions with Ord growers for around two years about the economics and operation of a 21st century Kimberley gin.

“That led us to participate in a tender to build the gin.

“It’s exciting that we can get everybody on the same page and moving forward.

“Operations will be run for the efficiency of those members, and we’re so confident that we can pull that off that we’ve taken an equity stake.”

The Kununurra gin will be built around two new Lummus stands manufactured in the US, as well as equipment fabricated by Namoi at its Wee Waa engineering workshop in New South Wales.

Lint will be classed on site at Kununurra by Australian Classing Services, an independent company which has been classing for Namoi since 2003.

“A couple of months ago, we thought we would get more than 500,000 bales, but I think we’ll end up slightly below that.”

Nationally, Australia has produced around 2.8 million bales, and is expected to pick 4.5 million bales from the crop now being planted.

Namoi’s 10-year ginning average is 830,000 bales, and Mr Stevenson said the crop picked in 2022 would be a further step into positive territory.

That comes from a low last year of 124,000 bales, or 21 per cent of the Australian crop, with only half of Namoi’s gins operating because of the drought-reduced crop.

“We’ve probably got over a million bales coming for the ‘22 crop; NSW is in a great position.”

Mr Stevenson said Namoi’s aim was to outturn as much at least medium rather than low-quality cotton for growers, therefore protecting growers from penalties as much as possible.

“In the traditional valleys, our focus is on improving speed and quality of ginning.”

“Our investment in existing operations is to get better and more consistent output.”

Through the Namoi Cotton Alliance (NCA) joint venture with global trading house LDC, Namoi Cotton holds a 15pc share in the NCA trade and marketing division, while Namoi Cotton is the dominant shareholder in post-ginning operations including packing and warehousing.