THE Australian Export Grains Innovation Centre (AEGIC) has become a Foundation Contributor of the Grains & Legumes Nutritional Council (GLNC), Australia’s independent authority on the nutrition and health benefits of grains and legumes.

AEGIC Chair Terry Enright said both the AEGIC and GLNC Boards agreed that the new arrangement would help provide a sustainable future for GLNC while strengthening AEGIC’s role in the Australian grains industry.

“GLNC will provide a key linkage for AEGIC to the domestic grains industry and will bring additional capabilities around nutrition and health, along with consumer communications,” Mr Enright said.

“This is another example of AEGIC’s commitment to improving collaboration and streamlining services in the Australian grains industry, following the transfer of the former Bread Research Institute in Sydney to AEGIC late last year.

GLNC will retain its identity and will continue to operate as Australia’s independent authority on the nutrition and health benefits of grains and legumes.

GLNC Chair Dr Michele Allan and current GLNC Director Peter Schutz retired from the GLNC Board at the 2016 AGM held on Friday, 21 October 2016.

Georgie Aley, GLNC Managing Director since 2012, will leave the organisation after 31 October and current General Manager Michelle Broom will remain as the manager of GLNC.

“Under Georgie’s leadership over the past four years, GLNC has achieved significant success in raising the profile and reputation of the organisation as the independent authority on the nutrition and health of grains and legumes,” Dr Allan said. 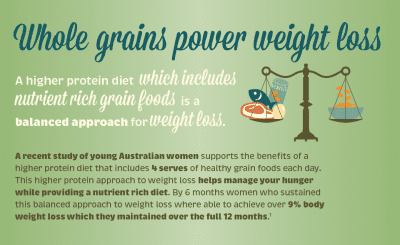 “The future of GLNC remains very positive as the organisation continues to be the independent authority on the nutrition and health benefits of grains and legumes.

“We look forward to seeing this new arrangement as a strengthening of both organisations and a move in the right direction towards maintaining a sustainable, profitable and world-leading Australian grains industry.”

“GLNC’s accomplishments in promoting the health benefits of grains and legumes over the past 10 years have been considerable, which is a testament to the skill and professionalism of its fantastic staff and board,” he said.