New research: Grains are back on the menu for Australians 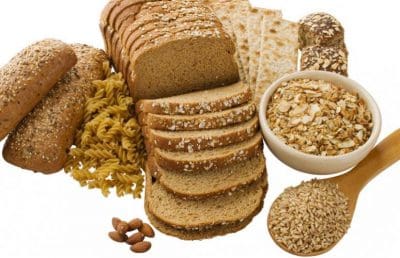 It’s good news – grains are back on the menu.

A study of over 1200 people conducted by the Grains & Legumes Nutrition Council (GLNC) has shown that fewer Australians are limiting grain foods and legume consumption is on the rise.

After a worrying 30% decline in average daily serves of grain foods in 2014, likely due to the rise of Paleo, low carb, and gluten-free diets, consumption has now plateaued. People choosing to limit grain foods is now at 47pc, down from 60pc three years ago.

The study also showed that consumption of legumes, such as beans, peas and lentils, has increased by 4pc over three years, which Accredited Practising Dietitian, Dr Joanna McMillan, says is a step in the right direction for Australians’ health.

“Australians are starting to believe in grain foods and their health benefits again, and with good reason! Research has shown that eating more whole grains and legumes is linked to a reduced risk of early death and chronic disease.”

Eating 2-3 serves of whole grains daily reduces the risk of developing our nation’s leading cause of death – cardiovascular disease, as well as type 2 diabetes and certain cancers by 20-30 percent2-4. And legumes offer significant health benefits too, with every 20g of legumes reducing risk of early death by 7-8 percent5.

Aussies can take action to improve their health simply by adding half a cup of legumes or an extra serve of whole grains to their day – subbing half the mince in a Bolognaise with red lentils or adding a handful of oats to a smoothie are both great ways to up your intake.

Dr McMillan said “Whilst there is still more to be done to encourage whole grain and legume consumption, this encouraging new research shows that we’re moving in the right direction.”