FMC’s Overwatch will bring a new active to the global herbicide market – and the product will be launched first in Australia.

A NEW herbicide for controlling annual ryegrass has received full registration in Australia and will be available for the 2021 winter crop season.

Australia will be the first country in the world to use Overwatch® Herbicide from FMC.

In addition to controlling annual ryegrass, Overwatch® Herbicide also has effectiveness against weeds such as silvergrass, bifora, sowthistle, hogweed and lesser loosestrife.

Powered by FMC’s new Isoflex™ active ingredient, the pre-emergent herbicide promises to be an effective tool for Australian farmers to control one of the bigger weed problems, annual ryegrass.

Another aspect that makes the product unique in the Australian broadacre market is that it is the only herbicide that can be used for three key winter crops – wheat, barley and canola – providing farmers with more flexibility for crop rotations.

Overwatch® Herbicide also has long-lasting residual control, making it very effective on later germinating weeds, with up to 12 weeks control of a wide range of weeds.

“The registration for Overwatch® Herbicide is very timely as many of the weed species in Australia are developing resistance to commonly used herbicides. Overwatch® Herbicide will give growers a new and important tool to control weeds that are no longer susceptible to other herbicides,” FMC ANZ managing director, Kristina Hermanson, said. 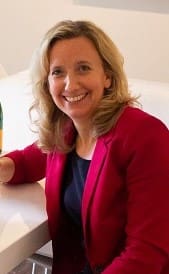 “FMC has been consistently impressed with the very high standards within the regulatory review and approval process, and we want to acknowledge and thank the Australian Pesticides and Veterinary Medicines Authority (APVMA) for the professionalism and preparedness of the case team, as well as an ahead-of-anticipated schedule approval.”

The new mode of action herbicide has been extensively trialled over many seasons across a wide range of locations and conditions.

“This, in turn, affects the weed’s ability to produce energy through normal photosynthetic pathways. While the crop is able to metabolise the herbicide, the susceptible weeds use up available energy from the seed and then die.”