An artist’s impression of the proposed Port of Newcastle container terminal. Photo: PON

A BILL which clears the way for the Port of Newcastle (PON) to develop a container terminal passed in the New South Wales Parliament yesterday in a move which is being applauded by agricultural exporters seeking an alternative to shipping out of Brisbane or Port Botany.

The development of a container terminal in Newcastle will open the door for increased efficiencies for cotton, grain, pulse and meat exports.

The bill to remove reimbursement requirements on the PON received unanimous support in the NSW Legislative Assembly.

However, the Port of Newcastle (Extinguishment of Liability) Bill 2022 did not pass through the lower house without changes, with the NSW Government proposing amendments requiring the PON to pay it compensation before the requirements would be removed.

These amendments were agreed to by the Opposition and crossbench, including Independent member for Lake Macquarie Greg Piper, who introduced the initial bill last month.

The bill will remove requirements which were a part of the Port Commitment Deeds (PCD), introduced by the NSW Government in 2013 as part of the privatisation of Port Botany and Port Kembla.

This arrangement requires the State of NSW to compensate NSW Ports, the operators of Port Botany and Port Kembla, if PON container traffic exceeds a specified cap at a rate equivalent to the wharfage fee the port operators would receive if they handled the containers. 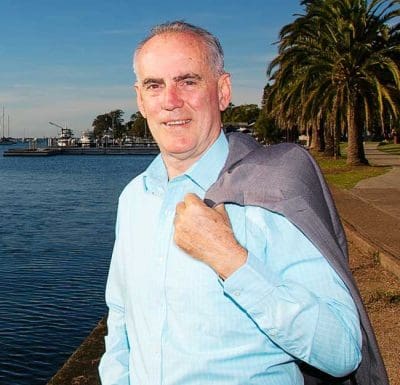 The requirement for PON to pay this compensation effectively made it unviable for the facility to operate a dedicated container terminal.

Mr Piper said he was pleased the assembly as in “fierce agreement” about the future of container logistics in NSW.

In his reply following debate on the bill, Mr Piper said having a new container terminal in the state will bring benefits to agribusinesses and producers, which can export containerised goods via Newcastle rather than Brisbane.

“It is not about the Port of Newcastle; it is about the people of New South Wales and the opportunities that can be brought to them and to our farmers,” Mr Piper said.

Early supporter of the bill, Member for Northern Tablelands Adam Marshall was similarly excited that the proposal received government support.

As a member of the Nationals Party, Mr Marshall had signalled his intention of crossing the floor to vote in favour of the bill which, following the creation of amendments, was not necessary.

“No-one has been able to wipe the smile off my face for the past 24 hours,” Mr Marshall said.

Mr Marshall said, by removing the PCD, the parliament is also taking away the “artificial monopoly” that increased the cost of container freight in NSW.

“They are an outdated concept that restricts the operation of the Port of Newcastle.

“In my view, it should never have been done.

“Those provisions created a monopoly situation that, as the Productivity Commission has found, drove up the cost of the freight logistics chain in this State and pushed a lot of freight into Queensland, particularly from my electorate, that should be going out of New South Wales ports in containers, which is ridiculous.”

Mr Marshall said it is estimated that developing another deep-sea port and container terminal would reduce freight costs for producers in northern NSW by at least $16-22 a tonne.

“This bill is fundamental to unlocking not only the potential economic growth at Newcastle and the jobs for the Hunter but also, importantly, the economic opportunities and the true potential of some of the most productive primary-production areas in this country, specifically the Moree Plains, Narrabri, Gunnedah, Tamworth and all of that north-western region of the state.

“Combined, on average that region produces more than $2 billion worth of primary produce each and every year.

“At the moment, all of that is being trucked out on a road network that cannot sustain the continual increase in heavy-vehicle movements.”

NSW Farmers president Xavier Martin welcomed the news that bill passed the lower house and said it would save farmers up to $2.8 billion over the next 30 years.

“We have been supportive of plans to better utilise the Port of Newcastle, and release it from the artificial barriers that are holding back its potential,” Mr Martin said.

“Farmers in the north west have had their produce trucked past Newcastle to Port Botany, which is wildly inefficient and results not only in extra wear and tear on our country roads, it puts more strain on an already-congested Sydney road network.”

Mr Martin said PON already handled a large amount of bulk agriculture commodities, which could be further expanded to include containers.

He said, in 2021, the PON exported 3 million tonnes of bulk wheat – a 900-per-cent year-on-year growth – and had fertiliser imports grow 69pc year on year.

The bill will now move to the Legislative Committee to be considered and, if successful, needs to be signed off by the NSW Governor before coming into force.

PON has already signalled it will commence the process for determining a compensation amount to be paid to the state.

“While we celebrate this moment, we also recognise that a Bill is not law until it passes through the upper house,” PON chief executive officer Craig Carmody said in a statement.

“Once a law, the Treasurer can expect without delay, a request for determination of compensation, as required by the Bill.

“Port of Newcastle intends to waste no time in making good on its commitment to the people of the Hunter, Western and Northern NSW of constructing a container terminal.” 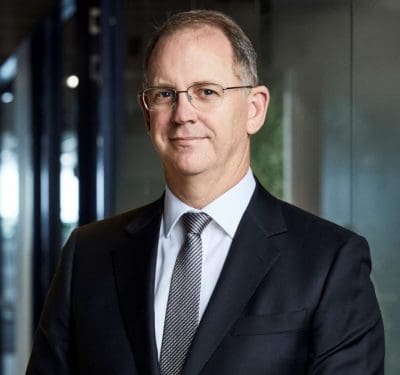 Mr Carmody thanked Mr Piper for negotiating a consensus between all members of parliament.

“Thanks must go to Greg Piper MP, who recognised and drove the need for change and has shown outstanding leadership.

“This Bill saw all sides of NSW politics seeking a resolution, knowing the status quo could not continue.”

However, the compensation process could take several months to finalise.

As part of the bill amendment, the Treasurer will appoint an independent person to determine the relevant compensation.

This person will have a maximum of six months, or another period prescribed by the regulations, to decide this figure.

This person will be required to establish what a “reasonable person” would have offered the NSW Government at the time of the sale if there was no reimbursement provision.