TOMORROW’S National Drought Summit proposes to identify what can best be done immediately to support those in drought-affected regions, and frameworks for long-term preparedness and resilience. 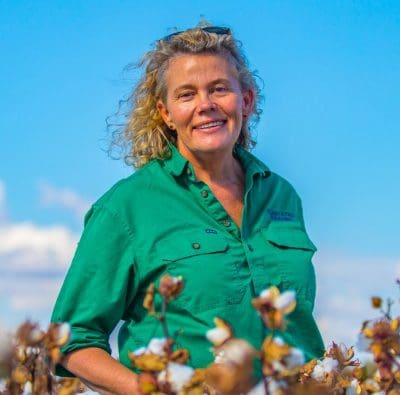 In a week when the Victorian Government has announced an additional $25 million in drought support for its farmers, the summit’s challenge will be to give the future as much focus as the present.

The summit will bring together representatives from government, farming, agribusiness, banking, finance, community and charitable organisations, and others including the Bureau of Meteorology (BOM).

The National Farmers Federation (NFF) will play a starring role, and is proposing the summit agree to six recommendations to ease the short-term pain and deliver a long-term gain.

One of those calls upon the Federal Government to introduce measures and support projects that increase the availability and affordability of farm insurance products.

Central to this is its call for a 150-per-cent tax incentive on multi-peril crop insurance (MPCI), and farm income and other climate-related agricultural insurance premiums for five years.

The NFF has also called for funding for the BOM’s project to enable it to access on-farm weather data which could reduce the cost of farm-insurance premiums, and wants those states that charge stamp duty on farm-insurance products to remove it.

Ms Simson said the while drought support for farmers from Federal and state governments was much appreciated, what the summit most needed to deliver was certainty.

“I believe it is a well-accepted view, from the Prime Minister down, that we can’t afford to continue to be reactive in responding to drought.

“Our farmers would be much better served by an established, holistic plan for tackling dry times.”

Other NFF recommendations include asking for a new Inter-Governmental Agreement on Drought that would provide a truly national approach to preparation, response and recovery, and the bolstering and refinement of the Rural Financial Counselling Service and the Farm Household Allowance.

“FMDs can be a game-changer for farmers when seasons are tough but currently not enough farm businesses are using the facility.

To increase the uptake of FMDs, the NFF is seeking tax-free thresholds for off-farm income and research and development tax incentives for climate risk management. 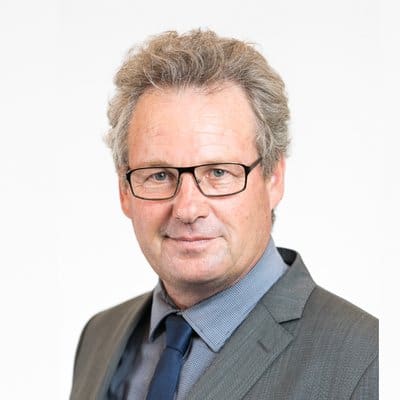 “WAFF has been a strong supporter of trying to get commercial insurance or risk management into farming, and we’d certainly like to see a waiver from the state government on stamp duty too.”

While the NSW, South Australia and Victoria governments have waived stamp duty payable on MPCI, it is still in place in Queensland, Tasmania and Western Australia.

“There are hardly any policies now, so the state governments aren’t getting much revenue from them anyway.”

“If the state governments provide this incentive early on, they might have a good income stream from stamp duty if they reintroduce it once insurance gets going.”

Through his mixed farming family partnership, which crops 10,000 hectares on an annual average rainfall on 325 millimetres at Tammin, Mr York has held a MPCI policy for the past three years.

“I haven’t made a claim yet, but it allows me to sleep a lot better at night, and we’re making better business decisions because we can focus on income potential, rather than what we can afford to lose in terms of inputs.”

He said a complete or partial crop failure could be expected one year in every five to 10 years, and MPCI cover was minimising potential losses from those years.

“You can take out cover for all sorts of things; it could be for a week or a month or more against things like no rain, a particular weather event, or rainfall of less than 30pc of the average for May-June.

“There are also income-based or production-based policies, and there are probably half a dozen different mechanisms on the market right now.”

Mr York said he thought there had been a move towards a global perspective on agricultural insurance in the past five years.

“Before that, everyone seemed to think it depended on government support.

“Now some commercial operations are looking at Australia and the southern hemisphere, and saying they need to spread their risk as an underwriter to offset risk in northern hemisphere.

“It’s giving agriculture the opportunity to take on policies without them being dependent on government concessions.”

The Australian Farm Institute (AFI) has not been invited to take part in tomorrow’s summit, but has been working on a Risk Management in Australian Agriculture project which is looking at how instruments including insurance can mitigate the impact on growers and governments. 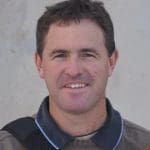 “One thing quite obvious is there is nowhere in the world that has a mature farm income insurance marketplace that isn’t government supported.”

“It’s why there has been a history of failure in farm insurance in Australia where there is no government support: the premiums have been too expensive for farmers to take up, and for the insurance companies, there have been some enormous losses.

“Modelling suggests it’s just not going to work without incentivisation of some kind.”

Mr Heath said the proposed 150pc tax incentive for growers on premiums would make the taking out of cover more affordable and attractive to farmers.

“Insurance companies are saying that doesn’t have to be in place forever – the aim would be to build a premium pool that was large enough to pay out on any foreseeable loss and, once that critical mass was achieved, support would no longer be required’

Mr Heath said the big incentive for government to look at kick-starting insurance was its ability to replace drought measures and other short-term disaster relief over time.

“The quantity of money being paid out by state and federal governments in short-term relief is considerable, and the likelihood, under climate-change scenarios, is that the frequency and severity of climate impact will increase.”

While recognition of the need for near-term drought support for those affected is widespread, Mr Heath said the “economic hard-head” view would be to transition to a building of resilience for producers through better use of financial instruments.

“We could keep doing short-term measures, or start to back income insurance that would become the drought support.”

Mr Heath said while investment companies can spread their risk over regions, countries and industries, family farms and mid-sized operations would find it increasingly difficult to build equity if seasons continued to be challenging.

“The modelling puts up a strong case for doing something other than giving out grants.

“Obviously the political pressure in times like this is on providing short-term measures to help people being affected in desperate times through drought, but the focus needs to be on long-term solutions too.”

“Without a more mature risk-management strategy, it’s going to be very difficult to have a drought policy which will build farm resilience.

“If policy is about building resilience and preparedness, there need to be more tools to enable growers to do that, and insurance is certainly one of them.”

One other instrument likely to come up in tomorrow’s drought summit is the stop-loss, or catastrophic loss, measure.

It would equate to a small percentage of the per-hectare, or per-unit, premium paid by growers, and covered by government.

“Insurance companies are looking for some sort of assurance from the government that it would be its insurer of last resort.”

“That’s to protect insurance companies in the event of another year like this one, where if all the drought-affected farmers in NSW made a claim, the payouts they would have to provide would mean those companies would be unlikely to come back to the market again.”