No end in sight for Murray Basin Rail Project woes GROWERS, local councils and the Rail Freight Alliance (RFA) are calling on the Victorian Government to urgently reinvestigate plans for the troubled Murray Basin Rail Project (MBRP) which they say is pushing more freight on to trucks and away from the rail network.

Announced in early 2015, the original MBRP was to convert the Mildura, Sea Lake and Manangatang rail lines from broad to standard gauge, allowing the network to more efficiently transport goods to Melbourne and Geelong.

The project was also set to support a freight-mode shift from road to rail by removing an estimated 20,000 truck trips from Victorian roads to ports annually.

Initially marked with a completion date in 2018, the Victorian Auditor General in September 2021 found the MBRP was both behind schedule by five years, and over budget by a massive $368 million.

This is on top of the Victorian Government early last year announcing a major re-scope of the project which removed plans to standardise the Sea Lake and Manangatang lines.

This re-scope also brought an additional $195.2M in Australian Government funding, alongside another $48.8M investment from the state government.

The MBRP now has an estimated completion date of late 2023. The current scope of the MBRP. Photo: Victorian Government

Quambatook farmer and GrainGrowers chair Brett Hosking said the Victorian Government lied to growers about the MBRP and efficiencies it would bring to the agriculture industry.

“I was involved in the project back in the beginning when the Andrews Government, within their first six months of being in government, invited a group of us down to Maryborough when the Premier himself announced the project and said it would be completed on budget and ahead of time within his first term,” Mr Hosking said.

“That turned out to be a lie.”

He said only the Mildura line has been converted to standard gauge, but instead of making the line more efficient, the works have made the section slower and more expensive.

As the section between Maryborough and Ballarat at the end of the Mildura line has not also been converted to standard gauge, trains now have to divert to another line before heading to port. 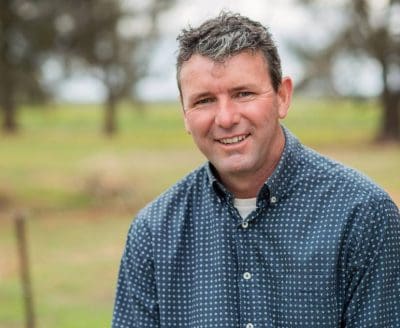 “What has happened is the ones that have converted to standard gauge now have to divert to Ararat where they head up the Adelaide line and the train does a u-turn effectively before it heads back down to Geelong,” Mr Hosking said.

“They are actually finding that journey is taking longer and costing more than what it did prior to the efficiencies undertaken by the Victorian state government purely because the project hasn’t been completed.”

RFA, an organisation made up of Victorian rural, regional and metropolitan local governments, found major increases in travel times between the current infrastructure and the MBRP system.

The largest delay is for trains travelling from Manangatang to Geelong which now take five hours longer than before construction of the MBRP.

RFA chief executive officer, Reid Mather, said the MBRP has been “a real slap in the face for the farming communities”.

“What we have got now is a system that is worse than what it was before they started.”

He said more than ever before the road network is the better option for growers sending produce to port.

He said this is resulting in more trucks on major freight routes and causing more safety issues for drivers using these roads as well as an increase in congestion and air quality problems.

RFA compared the travel times for different routes using trucks and trains before the MBRP and the current situation. Source: RFA

Mr Hosking said this is taking the supply chain backwards and creating the urgent need for more road funding to fix problems caused by the rise in road freight.

“About 50 B-doubles get put on the road every time a train fails to run, or a train isn’t deemed efficient enough.

“We are seeing the degradation of that infrastructure because, particularly local councils, don’t have the revenue base to be able to invest in those roads and upgrade them.

“I don’t think metropolitan Melbourne realises what a burden the access to the ports are carrying because the state government seemingly hasn’t completed a project that they made a commitment to do some six or so years ago.

“We would also have had a more efficient rail network and we would have a system where we were able to capture a whole lot more of the capacity Victorian ports by the fact that we could get grain to them on time.”

Victorian Farmers Federation grains president Ashley Fraser backed Mr Hosking’s claims and said these inefficiencies and delays are not only impacting growers but also businesses that form the backbone of the agriculture industry.

He said he has spoken with companies, like bulk handler GrainCorp, which are hesitant to invest in Victoria’s supply chain due to the current problems with the rail network.

“It is certainly affecting investment and we are already seeing that,” Mr Fraser said.

“I don’t know how we get the cut through; this government just doesn’t want to know regional Victoria.”

A GrainCorp spokesperson confirmed that the company was holding back investment in rail sites.

“While GrainCorp has invested in numerous sites across Victoria, including at Murtoa, Warracknabeal, Tocumwal, Oaklands and Donald, we remain cautious with our investment plans into rail sites while plans for upgrading Victoria’s rail network remain unclear,” the spokesperson said.

“We continue to consult with the Rail Freight Alliance, industry groups and the Victorian Government on the situation.

“When the future of transport infrastructure for growers in these regions is secured, we’ll be in a position to allocate our own investment accordingly.” Upgrades to the Ouyen to Murrayville Line are currently under way. Photo: Victorian Government

In a recent statement, the Victorian Government said the MBRP was “on track” with works completed on the Ouyen to Murrayville Line – located off the Mildura line – and plans underway to upgrade the section from Ararat to Maryborough.

None of these works address the connectivity issues between Maryborough and Ballarat, which Mr Hosking said should be urgently undertaken.

“That needs to be completed as an absolute critical piece, so the standard gauge can enjoy the same efficiencies as the current broad gauge.

“It will mean those standard gauge trains from Mildura could take the most efficient and economical route into Geelong and create the efficiencies and savings that are being promised.”

Mr Mather said the Victorian Government needs to go further to rectify the issues caused by the current MBRP.

He said the project should be completed as per the original plan and should include standardising the Maryborough-Ballarat Line.

He said this would necessitate some remediation of the completed works.

These calls are backed by Member for Western Victoria Derryn Hinch’s Justice Party’s Stuart Grimley and Independent Member for Mildura Ali Cupper who recently came out in support of progressing the original project. 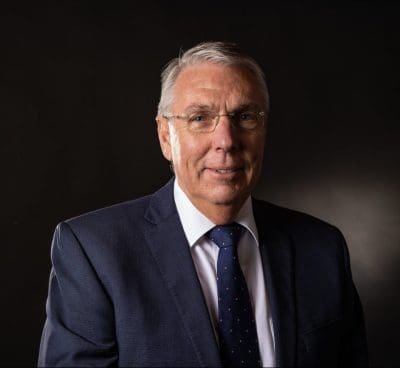 The Victorian Opposition won’t commit to reverting to the original plan if elected to government in November, but would undertake a business case to investigate what funding would be needed to complete the full rail standardisation.

Deputy Opposition Leader, Shadow Minister for Regional Victoria, Agriculture and Aboriginal Affairs and Member for Murray Plains, Peter Walsh, said his party would commit a further $5M to commence the business case to look at all the issues with the current MBRP.

He said as part of the additional funding provided by the Federal Government in 2020 was $5M to plan the full standardisation of the network, which needed to be matched by a Victorian Government contribution.

“What we will do if we are elected in November is we will put the $5M in to go with the $5M from the Commonwealth Government to do a business case to finish the project,” Mr Walsh said.

“The Andrews Government has made such a mess of the project we’d need that work done to know what’s needed to have it achieve the expectations that were envisaged when the project was first started.”

Mr Walsh said he would not commit to any further works until the business case was completed.

Mr Mather said he feared if no action is taken now to fix the MBRP, rail freight in Victoria would fall under the radar of the Victorian and Federal governments.

“Bottom line is that it’s nothing short of incredibly disappointing.

“If we get past the next election cycle, the MBRP won’t exist.

“It won’t be anything, they will get it completed, off the list and they will say it is done and dusted.

“They won’t open the door to talk about it and it’ll be a dead project.” The Sea Lake-Dunnolly line through Wycheproof, shown here in 2020, prior to sleeper replacement. Photo: Cameron Birch