“No excuse for overuse: Irrigation overuse must stop”: VFF

THE Victorian Farmers Federation (VFF) is urging all Murray-Darling Basin Water Ministers to stop irrigators using more water than what they have in their water accounts.

VFF Water Council chair Richard Anderson said water overuse undermined confidence in the Murray Darling system and was not fair to farmers who did the right thing. 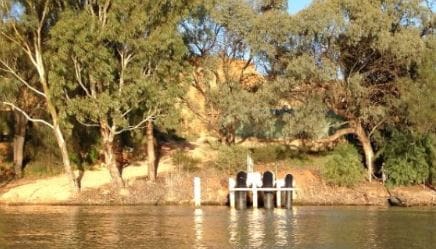 “No person should be allowed to take water they do not own – at any time. Irrigators have ample opportunities to buy water on the market and to carry-over water. There is no excuse for overuse,” he said.

“It is theft plain and simple and must be stamped out.”

Some irrigators who divert directly from the Murray River are using more water than they have in their water accounts and are then paying it back later in the season.

Mr Anderson said it is a practice that governments have been turning a blind eye to.

“We have known for some time that South Australian irrigators only report their water use annually and so it is not uncommon to see a spike in water prices as they scramble to balance up their water accounts late in the season,” he said.

“Unfortunately, we know of some large diverters in Victoria who have taken more water than they actually had available and are now active in the market trying to top-up their overuse.”

Mr Anderson said this was particularly unfair on irrigators in districts with real time meters who were incapable of using water they did not have.

“The doors will not open if you have zero water in your account. However, a pump in the river, not connected to a computerised network, allows irrigators to take more than they actually have,” he said.

That inequity means that in the current season, irrigators buying water to top up their overuse are running away with water at $400 less a megalitre than if they had bought it during the height of summer.

“Water was over $800 in January and it is now $400. There have been reports of one large diverter in the market for 12,000 megalitres. A $400 saving per megalitre saves this corporate almost $5 million – this is unconscionable and cannot be allowed,” Mr Anderson said.

He said real time metering across all the Murray Darling Basin would help stamp out unauthorised water use.

“We need real time metering for all diverters to end this inequity.

“Real time metering is critical to ensure farmers have confidence that we are all on a level playing field and all that water use is being accurately recorded.”