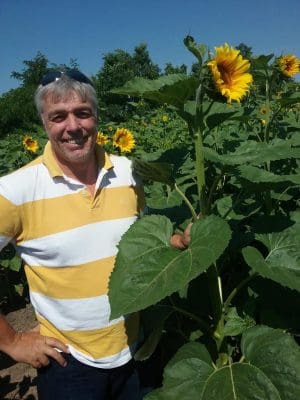 In just four years, Victorian farmer, Lawrence Richmond, has slashed  operating costs by 37 per cent by implementing no-till across 7000 hectares of farmland he manages in Ukraine.

While it helps that the farmland he manages is made up of rich black soil comparable to Australia’s best, and one block is just 10 kilometres from the port of Odessa, the efficiencies he has helped drive show the potential of Black Sea grain profitability.

In spite of calamities resulting from war and politics, geomorphology has handed Ukraine a special place; its rich, black soils constitute more than 12pc of Europe’s total arable land, are highly productive and the region has a favourable climate for cropping.

The task of the agribusiness manager is to fine-tune the potential.  Mr Richmond said the soils had capacity to hold 240 millimetres of plant-available moisture in the top metre of the profile.  The farms retained all stubble, nothing was burnt and soil carbon rates were boosted along the way.

“We soil test each field each year and have a custom fertiliser regime for every field,” he said. 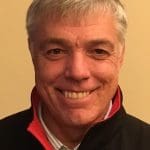 Every aspect of production is benchmarked.

“The input costs across all crops have been cut by 37pc by adopting no-till farming methods. With labour and tractor hours cut, fuel consumption has decreased from 92 litres per hectare to 19 l/ha.”

Crops planted have been rationalised down to wheat, oilseed rape, barley and sunflower.  Cereals seeding rates have been lowered as they now aim to establish around 200-300 plants per square metre for optimum yield, compared with 600 plants previously.

The cost of growing wheat on these farms is around US$80/metric tonne, including overheads.

Mr Richmond said the potential was great as research and extension had been neglected for 20 years, which was both a cost and an opportunity for broadacre in Ukraine.

“Genetic gain alone might bring a 15 to 20pc yield improvement from breeding enterprises,” he said.

Cereals seed sown is sourced locally, and the oilseeds planting seed is from international commercially-bred varieties.

Part of the toolbox available includes a herbicide-resistant variety of sunflower seed, which, along with pre-emergent herbicides, negates the need to cultivate before planting.

Around the fall of the single-desk marketing of Australian wheat in 2008, Mr Richmond was looking for a partnership for overseas wheat sales from his Victorian farm.

He fell into his current management role in Ukraine through a two-year series of chance meetings which starting around 2010, the first with a Singapore-based grain trader.

Mr Richmond’s new contacts were impressed with their visit to the 8000-ha operation he ran in south-west Victoria, and soon asked him to undertake due diligence on a farm in Ukraine in which they had an interest.

Mr Richmond seized the opportunity and made a farm business plan for them, but when he realised his recommendations were not being wholly implemented, he decided to spend more time there to help put into practice his knowledge of no-till farming systems as well as bridge the gap in communication and cultures.

He currently works outside Australia, mostly in Ukraine, for around seven months per year.

Ukraine does not rely on a centralised bulk-handling system.

Mr Richmond said the farms he managed had elevators, and cleaning, drying and storage capacity for around 20,000 tonnes.

Liquidity in the form of product in silo is more versatile for this agribusiness than currency in the bank so, in conjunction with their Singapore parent company, they sell grain when they need cash and otherwise hold it in storage.

Their grain storage is their bank.

Proximity to a container port gives them the opportunity to pack shipping containers on-farm and export direct.

Whole sunflower seed from Ukraine has a 25pc export tax imposed, so the enterprise toll-crushes seed and exports the products to China and India.

Consumers of Ukrainian wheat are figuring out how to blend with wheats from other origins to fit their requirements.

“As they are using more wheat from the Black Sea, they are getting more used to handling Ukrainian wheat.  Moisture content is higher and flour yield might not be quite as high, but at the end of the day it’s just a question of price,” Mr Richmond said.

He has identified Australia’s strategy in response to the rise in cheaper competitor wheats from countries like Ukraine needs to focus on Australia’s clean, green image, and adding value into the middle-income Asian market.

Ukraine at a glance