Northern Australia could be home to four gins Namoi has just this week signed an agreement to move forward with facility in Kununurra, Western Australia and is investigating the possibility of two gins in Northern Queensland.

The Australian cotton ginner and marketing company is taking up the challenge building infrastructure around what is essentially a new industry, but the organisation believes the grower demand and potential financial benefits are clear. 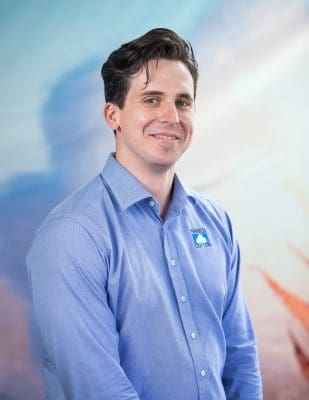 He said the work, which began in October last year, has led Namoi to further investigate a gin in the Julia Creek region as well as the possibility of a second facility in North Queensland.

“We think there is potential here for enough production to sustain a gin,” Mr Hunter said.

“So, now we are at the point where we are trying to understand the practical constraints around building a gin and that is where can we get access to suitable land within reasonable proximity of production that also has access to reliable energy.

“At the moment we are going through that process and looking at Julia Creek in detail, and are also considering a number of other locations as secondary options in the event that the site isn’t suitable and doesn’t proceed.”

Mr Hunter said he hopes this process and discussions with possible grower joint venture partners will be completed by the end of the year.

“To have grower participation in the ownership of the asset is a really important part of the project, and if we can get that over the line by, ideally, the end of this year then from there it would be a view that we would look to construct 2025-26 at this stage.”

He said most likely Namoi will base the project on the Kimberley Cotton Gin Model, with the opportunity to expand operations if grower demand increases.

“[This] would be to construct a two-stand gin but with the infrastructure in place that it could be scaled up to a four-stand gin to handle more capacity.”

It is estimated that a two-stand gin could process about 70,000 bales, with a four-stand facility increasing production to around 120,000 bales.

“It is a big investment, and a lot of the investment is in civil construction and earthwork and getting that electrical connection to site, and you can’t really pick it up and move it once it is there.”

Due to the distance between Northern Queensland cotton-growing production centres, Mr Hunter said Namoi was also considering the possibility of constructing a second gin “in the medium to long term”.

“This view is largely based on the feedback that we have had from growers across different areas in the north.”

He said cotton production was not centred in one location with growers in the Burdekin, the Flinders, around Georgetown and the Gulf Country and towards Mt Surprise, Atherton and Mareeba.

“You put that on a map, and you realise there are a lot of kilometres between those areas and seeing one gin service those areas in the long term, if those areas expand to full production, is probably not feasible.”

Mr Hunter said a gin would also give Northern Queensland graziers easier access to cottonseed, further adding to financial viability of the enterprise.

He said this could even lead some cattle producers to consider adding cotton growing to their farming operations.

“There is a lot of synergy there in that part of the world for use of cottonseed.

“[It] is going to pique the interest of a lot of traditional graziers who may look at a more integrated farming model that incorporates aspects of cropping, irrigation as well as their core business, which is cattle production.”

The Northern Queensland developments came as Namoi Cotton announced it entered into agreements with Kimberley Cotton Company (KCC) to build and operate their new cotton gin at Kununurra.

The gin is expected to be operational in 2025 and will service cotton production in the Ord River Irrigation Area.

As part of the agreement, Namoi also invested $2.8 million to acquire a 20-per-cent interest in KCC, which is jointly owned by growers and industry.

“The agreement with KCC enables us to broaden our business and to reduce the transport burden on the Northern Australian industry, but it also presents a challenge,” Namoi Cotton chief executive officer John Stevenson said in a statement.

“Finding and retaining staff is difficult, as are the logistics of constructing a cotton gin and related infrastructure in a remote location like Kununurra.

“But I know that by leveraging our capabilities and experience we can overcome these hurdles.

“The later ginning season in the North will enable us to utilise our existing engineering, ginning and support services.

“The Ord River is well positioned to produce a consistent volume and quality of cotton; and we are proud to be involved in the future of Northern Australian cotton production.”

The total cost of the gin is expected to be $48M, which will be funded by KCC investment and a $34M loan from the Australian Government’s Northern Australia Infrastructure Facility.