THE NEW South Wales Government has today announced a five-year extension of the vesting arrangements for rice grown in the state.

These arrangements provide the Rice Marketing Board (RMB) the right to control the marketing of all rice grown in NSW, as long as it generates net benefits to the rice industry and the general community.

Deputy Premier and Minister for Regional NSW Paul Toole said the extension would give certainty to the NSW rice industry.

“This is an industry we can truly call our own in NSW, that supports local jobs, local families and creates a clean, green product recognised around the world,” Mr Toole said.

“The value of rice production in NSW was worth approximately $188 million in the last year alone and contributes significantly to our world-class agricultural output and trade reputation, so it is critical that the industry and growers have certainty in how their rice will be marketed moving forward.”

SunRice chairman Laurie Arthur said the announcement is a “vote of confidence” for the NSW rice industry.

“The vesting and single desk marketing arrangements allow SunRice to deliver significant export price premiums and freight scale advantages, which ultimately lead to higher farmgate prices for the [about] 98 per cent of Australian rice growers who farm in the NSW Riverina region,” Mr Arthur said.

“The RMB has reported that these export price premiums have totalled more than $455 million in the nine years since financial year 2012. 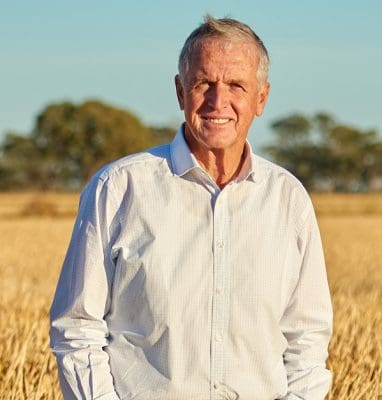 “This includes through SunRice strategically targeting higher-value markets, investing in Australian brands and their association with the high-quality reputation of NSW grown rice, countering tariff, subsidy and quota protections in global markets and delivering significant  scale benefits for growers.

“This unique partnership between the NSW Government, Riverina rice growers and SunRice, and the structured marketing arrangements, have allowed the industry to build positions and strong market demand for branded and other rice products in approximately 50 markets.”

“Importantly, the arrangements are strongly supported by those most impacted by their continuation or removal – the rice growers of the Riverina region, and the communities and businesses which rely upon them.

“The continuation of the arrangements also provides ongoing support for SunRice’s Riverina operations, which generate close to $400 million in direct economic activity annually in years of normal production, through payments to growers, staff and local businesses.”

In 2021, the NSW Department of Primary Industries completed a review into rice vesting, which estimated that there would be an increase in the value of the rice industry over a six-year period under alternate arrangements.

However, submissions to the review also demonstrated ongoing strong support from many rice growers for the continuation of the current rice exporting arrangements.

The NSW Government is also commissioning an independent report, which will consider the broad range of issues identified by the 2021 Review.