THE Productivity Commission’s final report into regulation in agriculture released this week has called on the NSW, South Australian, Tasmanian and ACT Governments to remove their moratoria on genetically modified (GM) crops. 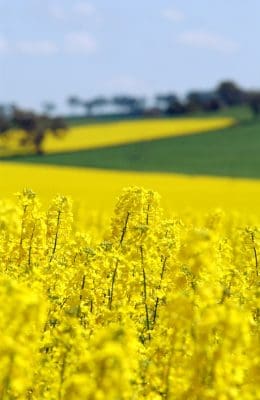 The Productivity Commission has recommended an end to moratoria on genetically modified crops.

It also calls on all state and territory governments to repeal the legislation that imposes, or gives them powers to impose, moratoria on genetically modified organisms by 2018.

The report found there was no economic or health and safety justification for banning approved GM organisms.

It gave as its reasons: 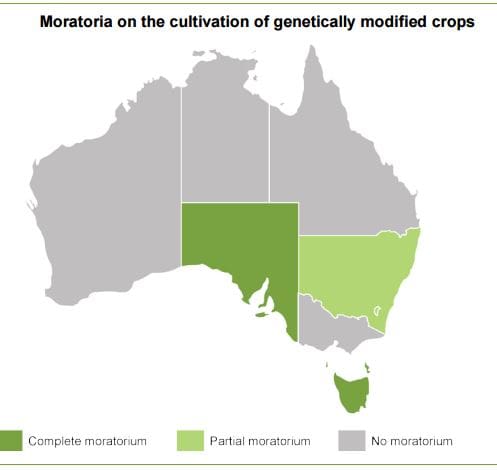 The report also found that the regulation of agricultural chemicals should be streamlined and called on the Australian Pesticides and Veterinary Medicines Authority to make greater use of international evidence in its decisions on agricultural and veterinary chemicals.

It recommended that a national control-of-use regime for agricultural and veterinary chemicals should be adopted by the end of 2018, including harmonisation of off-label use provisions.

In another key finding for agriculture, the Commission found that despite Heavy Vehicle National Law and the establishment of the National Heavy Vehicle Regulator, there remained significant variations and inefficiencies in heavy vehicle regulation, including costly delays in processing road access permits.

Among its recommendations, it called on states and territories to increase the number of routes that are assessed and gazetted for heavy vehicle access.

National grower representative body, GrainGrowers, welcomed the report and called on the Federal Government to act promptly on implementing the recommendations that related to the grains industry supply chain so farmers could get on with the business of farming unhampered by unnecessary red tape.

GrainGrowers general manager – policy and innovation, David McKeon, said he was pleased to see the report had identified that much of the red tape constraining productivity did not have a sound policy justification or could be done in a better, simpler way to achieve the objectives of the government, community and industry.

“We would particularly support the removal of non-evidence based state bans on genetically modified crops,” he said.

“Australian grain growers should be able to make a choice about whether they use available technology, including biotechnology, to sustain competitive and profitable businesses.

“Australia is well placed to manage genetically modified crops given our first class national regulatory system governing this technology through the OGTR – which bases its decisions on science, not the emotion.

“State-based regulations/moratoria are simply creating complexity and duplication where none need exist.”

Mr McKeon said the organisation also supported the recommendation that the regulation of agricultural chemicals be reformed to better use international evidence in assessments.

He said he was also pleased that the report had agreed there was unnecessary complexity facing farmers given the various competing regulatory requirements from different levels of government and that it was up to the regulators to communicate their requirements more clearly to farmers.

“Grain growers who farm near state borders know only too well that the different complex regulatory requirements of each state’s legislation are a real headache,” Mr McKeon said.

“We now look forward to the Federal Government acting on this report in line with the Agriculture White Paper to increase productivity and profitability in the agricultural sector.”

The release of the Productivity Commission’s report is the culmination of a nine-month public inquiry into the regulatory burden on farm businesses. The inquiry focused on regulations that have a material impact on the competitiveness and productivity of Australian agriculture. The final report was handed to the Australian Government on November 15, 2016, and publicly released on March 28, 2017.