Western Australia’s Wheatbelt has been identified as the ideal location for a new carbon-farming project. Photo: Qantas

JAPANESE-BASED oil and gas producer INPEX, Qantas and ANZ have entered a memorandum of understanding (MoU) to progress the evaluation of a project which brings together carbon farming and renewable biofuels in the Wheatbelt region of Western Australia.

Having completed an extensive initial assessment of the carbon farming project, the parties will undertake a more detailed feasibility study into the harvesting and processing of native biomass crops and selected agricultural waste residues to produce low-carbon renewable biofuels.

It is anticipated that the project will cover a landmass the size of Belgium with no agricultural properties to be purchased or leased from farmers.

The project will instead collaborate with Wheatbelt growers, who will have the opportunity to grow crops which could be turned into biofuel and then sold to the partnership, or be compensated for carbon they sequester on their land.

Under the MoU, the first planting of native trees is expected to take place in the winter of 2023, subject to the completion a comprehensive engagement process with stakeholders.

INPEX representative director, president and CEO Takayuki Uedasaid said in a statement that the unique project model will seek collaboration between the sponsors, landowners and rural communities as a priority.

“We’re looking forward to working closely with landowners and rural communities, many of whom are our customers, on this important project aimed at supporting the future economy of the Wheatbelt and its community,” Mr Elliott said.

“We welcome this collaboration which signals another positive step forward for carbon farming in WA,” Ms MacTiernan said in a statement.

“We are confident this proposal will not see a loss of agricultural production and will help farmers strengthen their farming systems.

“Strategic tree planting can lead to a suite of co-benefits to improve system function and enhanced productivity on farmland.

“Under this initiative, we understand farmers will be able to opt to retain some carbon credits to address their own carbon footprint.

“It is clear that markets and financers are increasingly requiring carbon accounting of farm produce, and projects like this can help Western Australian farmers diversify their income and build resilience into the business.”

Despite guarantees from the state government, WA Farmers president John Hassell said he was skeptical of the benefits the project will deliver to Wheatbelt farmers. 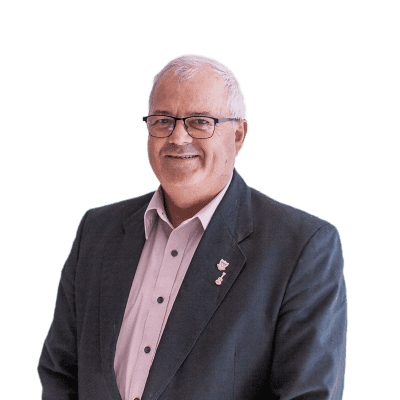 Mr Hassell said it will reduce the amount of land available to agricultural production.

He said, even though it is believed the project will be rolled out on marginal country, this land still offered production opportunities for farmers.

“The more scarce lands get, the less marginal the land will become.

“I have a farm of [2630 hectares] in what is called marginal country in the north-eastern Wheatbelt.

“I run sheep and have crops on it.

“It has just had good rainfall, so I am going to put a crop on it, and I expect to make a good return on it this year.”

“What it doesn’t do is force companies to change their behaviour; it is just a license to pollute.

“It also has the risk of pushing the price of land up, which is good in one way but bad in others.

“The equity looks good, but it is bloody hard to buy another block of land.”

Mr Hassell said he was also worried that the proposal would not adequately consult with farmers and surrounding communities.

He said farmers needed to be at the forefront of carbon farming opportunities and not be directed by large corporations.

“It’s very precipitous and not encapsulating all the opportunities [farmers] can get out of it.

“What we have here is corporates over here that are swallowing farming land up, ruining our small towns.”