Researchers in UQ’s Centre for Nutrition and Food Sciences have identified a new mechanism for how healthy cereals such as oats reduce the amount of cholesterol in the blood stream, thereby lowering the risk of heart disease.

The discovery could lead to ways of boosting the cholesterol-fighting properties of other cereals including wheat.

“We’ve known for some time that beta glucans in oats reduce blood cholesterol, but now we’ve discovered one of the ways in which they do it,” Professor Gidley said. 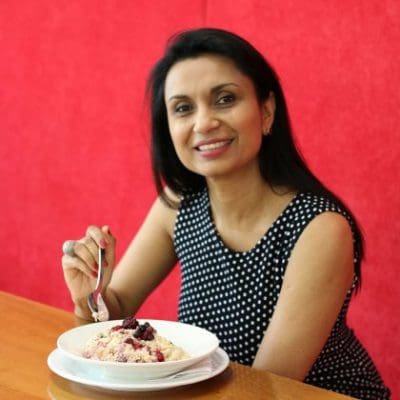 Lead researcher Dr Purnima Gunness said the findings challenged the theory that beta glucans ‘mop up’ bile, which is secreted during digestion, and prevent its absorption in the small intestine.

“It was thought that the body’s use of cholesterol to make new bile was one of the mechanisms for how beta glucans reduced the amount of cholesterol in the blood stream,” Dr Gunness said.

The research, using pigs as a model for humans, revealed that the beta glucan in oats actually reduced, rather than maintained, the total amount of circulating bile.

“We aren’t quite sure yet why, but in the presence of beta glucan there is much less circulating bile.

“This means that fats, which bile helps break down, are not digested as rapidly or as completely.”

A lower or slower absorption of fat is an important factor in reducing blood cholesterol.

“Now that we know how the beta glucans positively impact on cholesterol levels, it will help us identify other fibres in plant cell walls that may have a similar effect,” Dr Gunness said.