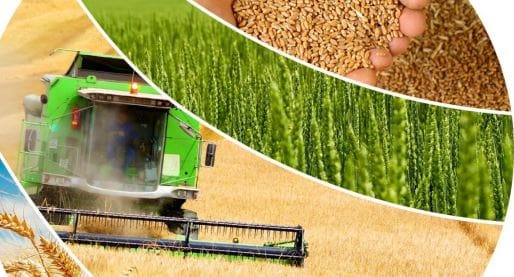 AUSTRALIAN winter crop production is forecast to reach a new national record, according to the December Australian Crop Report released today by ABARES.

“The national record is driven by expected all-time high production in Western Australia and the second highest on record in New South Wales. Production in other states is also well above average,” Dr Greenville said.

“This reflects favourable growing conditions over spring which have helped to boost already high production prospects at the end of winter.

“Record production of wheat (34.4Mt) and canola (5.7Mt) is expected. Production of barley is forecast to be the second highest on record (13.3Mt).

“A series of heavy rainfall events during November has delayed the harvest of winter crops across New South Wales and Queensland likely leading to a fall in grain quality in unharvested crops.

“Flooding in northern and central parts of New South Wales has also resulted in production losses for some producers, but this is not expected to significantly affect state totals.

“There’s good news when it comes to mice, with increased baiting on farms during winter and spring reducing populations in affected regions, and there have been no reports of significant damage.

“A La Niña event became established in the tropical Pacific during November, increasing the chance of above average rainfall across much of northern and eastern Australia during summer.

“This above average rainfall outlook for New South Wales and Queensland, coupled with well above average rootzone soil moisture levels, may lead to further quality downgrades and some crop losses due to flooding, limited paddock access to complete winter harvest activities, and complete summer planting programs.

“The area planted to summer crops in 2021–22 is forecast to increase by 36 per cent to reach 1.4 million hectares, due to favourable soil moisture levels in late spring and high water storage levels.

“The area planted to cotton is expected to increase the most, driven by better returns to cotton compared to other summer crops.” 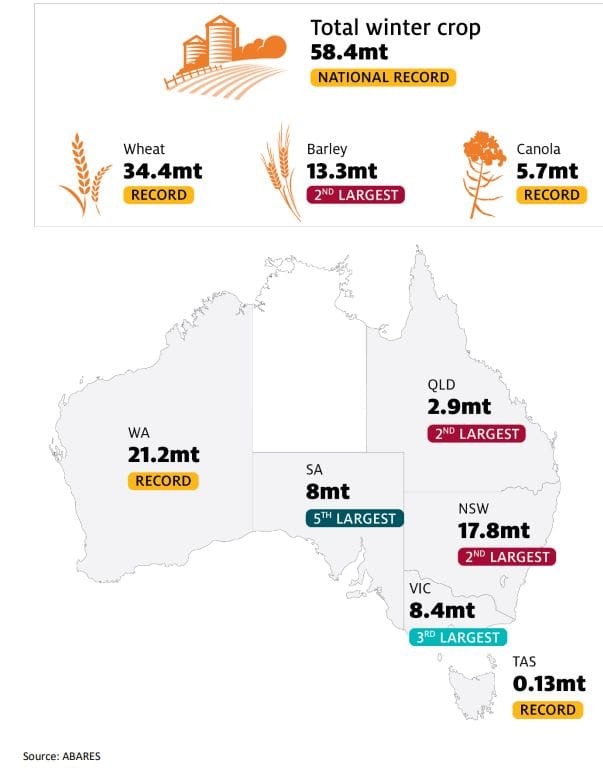 The Australian Crop Report can be read on the ABARES website.