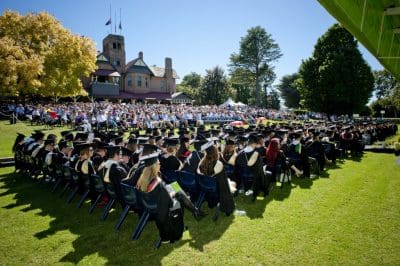 The revival of interest in agricultural career paths has been welcomed by the rural sector, but has also increased demands on the sector to become more involved and integrated with university courses, such as offering work experience opportunities for potential graduates.

Speaking at the Australian Agriculture Roundtable Conference in Sydney, Rimfire Resources managing director, Mick Hay, said the increase in student numbers in ag-related courses had prompted a concerted effort between industry and the university system to build better linkages. 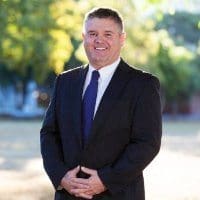 “One of the common things we hear a lot from graduates is they have a poor understanding of what is happening in the industry, who the key players are and how their specific degree links with particular jobs,” he said.

Mr Hay said a lot of universities had brought back a component of practical experience and practical work into their courses, making it a required part of university degrees, mainly in a student’s second-last or final year.

“That is great, but it has also created an issue in the industry. Because agriculture is flavour of the month, there has been a huge increase in enrolments in most courses, some up to three and four times what they were five years ago,” he said. “That is fantastic, but what it has meant is that there is a huge requirement on industry to do their part and assist these students with their work experience and practical work.

“Industry wanted it for a long time and now the universities have listened and built it into their courses, so now it is up to industry to do their bit.”

Mr Hay said many courses now offered students the opportunity for up to 12 weeks practical work experience across a range of disciplines.

He said this could take a range of forms, including on-farm production, working in a grain-trading house, working in a laboratory – depending on what discipline the students were studying.

“The issue is more about the fact that four or five years ago we might have had 100 to 150 kids nationally who had that requirement,” he said.

“But with the ramping up of numbers, next year our intakes just for agribusiness and the agricultural sciences will be up around 1600 students. If, give or take, 70 per cent of students that start a degree finish it, potentially we will have 800 to 1000 people in third or fourth year, with a lot of them requiring industry to assist them gain practical work experience.”

Mr Hay said overlaying the need for offering the opportunity for hands-on, practical experience, there was also the need to accommodate a changing skill set.

“We have a whole requirement around IT/agtech/precision agriculture that is coming in as well. How does that look on the work experience front?” he said.

Mr Hay provided the conference with examples of two specific internship programs which he suggested could be used as templates for other rural sectors to adopt.

“So, we are now seeing some programs evolve where there is co-investment between industry and the host to try to attract and develop new talent into an industry sector. We have had a lot of interest in that. Everyone is sitting back and watching how it goes,” Mr Hay said.

“The programs are twofold. They are engaging everyone in the agri sector, but also target those who aren’t in the sector at this point but may be attracted to come into the sector. We are looking at a broader skill set.”