THE research community and its agricultural affiliates are mourning the passing of the University of Southern Queensland’s (USQ) Professor Steven Raine, who died in Toowoomba last week at the age of 51. 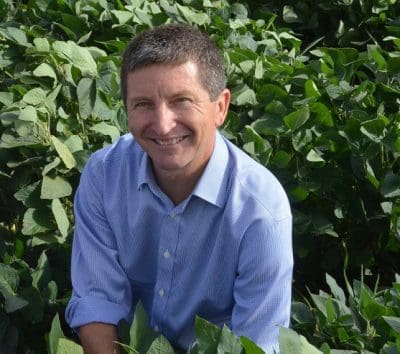 Steve joined USQ in 1995 as associate head of agricultural and environmental engineering, and held several key leadership roles before becoming executive director of USQ’s Institute for Agriculture and the Environment in 2013.

“Steve had an irrepressible enthusiasm and was known for his energy and drive,” USQ Vice-Chancellor, Professor Geraldine Mackenzie, said.

“He will be fondly remembered as a person with warmth, compassion, integrity and dignity and has left a lasting legacy at USQ,” she said.

During his time at USQ, Steve developed and presented educational and training programs to engage with industry partners, and encourage effective educational partnering within the community.

Steve spent more than 25 years leading irrigation and soils research to improve the productivity and sustainability of the cotton, grains, sugar, fruit and vegetable industries, and also connected with the beef industry.

All levels of government regularly sought his advice on matters related to irrigation, soils, water resourcing planning and productive co-existence between the agricultural and resource sectors.

Steve died on September 4, and is survived by his wife, Trish, and daughters Kate and Scarlett.