EARLY signs of mouse activity have been reported in southern Queensland, putting growers on alert for a potential rise in numbers leading into summer crop planting.

CSIRO mouse research officer Steve Henry, who conducted trapping runs on the Darling Downs and Goondiwindi area in the past fortnight, found a few pockets where mice were becoming active.

“The mouse situation is patchy. In a corn crop east of Dalby that hadn’t been harvested there was a lot of food and a lot of mice. Also a report from Allora where someone sowing pasture found their freshly-sown crop had been clobbered by mice, so they were baiting,” he said. 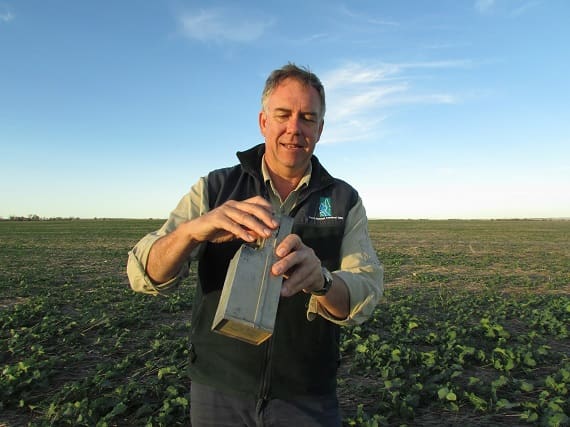 Mr Henry said while there were many factors that could come into play to keep mouse numbers in check, he advised growers to monitor the situation closely in the lead up to summer crop sowing.

“Farmers preparing to sow summer crops on the Darling Downs should be really vigilant for mice in paddocks prior to sowing. They should be looking in their winter crops for signs of mice because that is where they will be at the moment,” he said.

“They need to be prepared and have some bait on hand ready for if they start to see damage in the freshly sown crop.

“So, growers should be monitoring in the lead up to (summer crop) sowing. If they think they are going to have mice then bait as they sow the crop because most of the damage happens in the first 24 to 48 hours after the crop has been sown.”

Mr Henry also advised growers in New South Wales to be on alert, particularly as they were having one of their best seasons in years following long-running drought – conditions that favoured mice.

“One of the things we are concerned about is that through a lot of central and northern NSW they have had a run of tough years, but things are looking good now. It is often on the tail of three or four bad years when you get a good season that mouse numbers really get cranking,” he said.

“We recommend vigilance for the winter croppers as the crop develops and start to look for damage such as heads falling over as the crop matures.

“Through summer and into next autumn we will be telling farmers they really need to be watching out for mice.”