Several rural Australians with strong connections to the nation’s cattle, sheep and grain industries have been honoured in the the 2019 Australia Day awards. 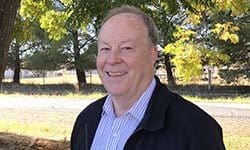 Kate and Tick tragically lost their 14 year-old daughter Dolly to suicide in January 2018 as a result of bullying. They have since created anti-bullying initiative, the Dolly’s Dream Foundation, to create positive change and a legacy to their daughter.

Foundation chair Troy Setter said many bush communities and stations have got behind their work, which runs programs to educate all children and parents, but especially bush kids about online, social media and all types of bullying and youth suicide. 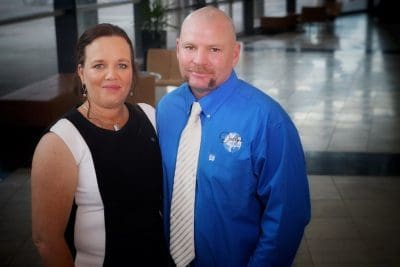 “Kate and Tick Everett endured heartbreak and put their own grief aside to drive cultural change, prevent bullying and ensure that other children and parents never have to suffer as their family has,” Ms Roche said.

“By founding Dolly’s Dream to confront bullying, they have displayed incredible courage and commitment.”

The Dolly’s Dream campaign has also led to new legislation in NSW.  “Dolly’s law” has strengthened the penalties for anyone found guilty of online abuse or cyber bullying, with a new maximum imprisonment of five years in NSW. For more information about the Dolly’s Dream foundation visit the website here.

Companion (AC) in the General Division of the Order of Australia

Among the recipients of the highest Australia Day honours in 2019 was University of Technology, Sydney Professor and former CSIRO chief plant scientist Dr Elizabeth Dennis of the ACT. The plant molecular biologist was awarded a Companion (AC) in the General Division of the Order of Australia for her service as a researcher and academic in the area of genomics and plant development, which included recognition of her involvement in planning the sequencing of the cotton genome.

Former Federal Nationals leader and Deputy Prime Minister Warren Truss from Hervey Bay was also awarded a Companion (AC) in the General Division of the Order of Australia for service to the Parliament of Australia, particularly in the areas of trade, transport, agriculture, and rural and regional development.

Member (AM) in the general division of the Order of Australia:

Medal (OAM) of the Order of Australia in the general division:

Former head of ABC rural and national programs Leigh Radford, Crafers, SA, for service to the broadcast media in rural and regional areas.

The late Ethel Margaret Stephenson, Victoria,  promoter, exhibitor and judge of heritage livestock (in particular the English Leicester Breed), for service to the livestock industry.