A former federal primary industry minister, a leading stud Merino and Angus cattle breeder, an ex-AgForce president and a founder and CEO of the Certified Australian Angus Beef program are among the recipients of 2018 Queen’s Birthday honours announced this morning. 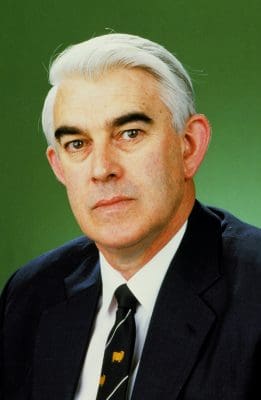 John Kerin AM, who served as Australia’s minister for primary industry and energy in the Hawke Government from 1983 to 1991, was named an officer (AO) in the general division of the order of Australia for distinguished service to primary industry through roles in agricultural research administration, to the minerals and natural resources sector, and to science-industry linkages and policy.

Raised on a farm at Bowral, Mr Kerin was an economist with the Australian Bureau of Agricultural and Resource Economics (ABARE) before being elected to the Commonwealth Parliament as the Labor member for Macarthur in the 1972 federal election.

In 2001, Mr Kerin was appointed as a Member of the Order of Australia for service to the Australian Parliament. In the same year, he was awarded the Centenary Medal for services to Australian society in technological science and engineering.

Mr Kerin’s term as minister for primary industry is perhaps most remembered his decision to abolish the long-running wool reserve price scheme in the wake of the collapse of the major Russian market for Australian wool in 1991. 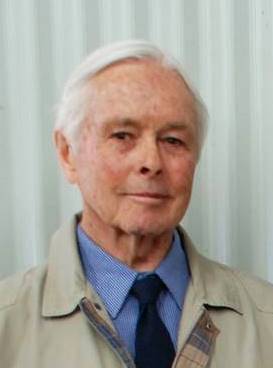 Included in this morning’s list of recipients are Cooma, NSW, stud Merino and beef cattle breeder James Litchfield, Hazeldean, who received a medal (OAM) of the Order of Australia in the General Division for his service to primary industry to Merino sheep and beef cattle breeding.

Mr Litchfield is a former president of the New South Wales Stud Merino Breeders Association (1980-1982) has been a member of the Angus Society of Australia (now Angus Australia) since 1962. He is also an inaugural Member or the National Beef Recording Scheme.

In 1997 he received the Helen Newton Turner Medal for his contribution to genetic improvement in the Merino Industry, and in 1986 he was a recipient of the Howard W. Yelland award for services to the Beef Industry 1986

Founder and former CEO of the Certified Australian Angus Beef program, Michael Pointer, received a medal (OAM) of the Order of Australia in the General Division for his service to the beef livestock industry through a range of roles. 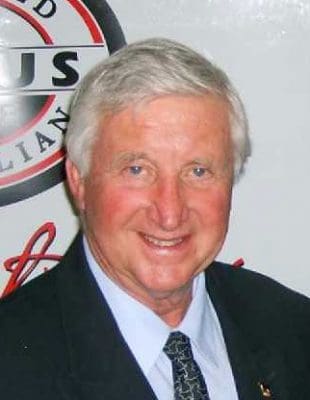 Mr Pointer has been the executive director of the Australian Association of Psychologists since 2010.

Like Mr Litchfield he is also a fellow recipient of the Howard W. Yelland Award which he received in 2012.

Former AgForce Queensland president and chair of the Queensland Gasfield Commission John Cotter has been named a member (AM) in the general division of the order of Australia for significant service to the resources sector, particularly the natural gas industry, through executive positions and advisory roles. 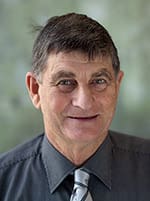 Mr Cotter, a grazier from Goomeri in Queensland, served as the inaugural chair of the Gasfield Commission Queensland from 2012 to 2016, after serving as the president of AgForce Queensland in 2011.

University of Queensland School of Agriculture and Food Sciences professor Ram Chander Dalal has been named a member (AM) of in the general division of the order of Australia for significant service to agriculture through research into land degradation and sustainable farming practices.

Prof Dalal has been a member of the Queensland Wheat Research Institute since 1980 and was a leader of the National Soil Carbon Program from 2012-2015, and has consulted to numerous national and international agencies and research organisations on soil and climate issues.

Large scale South Australian pastoralist and firmer industry leader Michael McBride was named as a member (AM) in the general division of the Order of Australia for significant service to primary industry in South Australia, particularly through the administration of pastoral and wool organisations.

Mr McBride is a principal of MP and MM McBride, a board member of AJ PA McBride Pty Ltd, and was president of the Pastoral Board of South Australia from 2004-2011.

He is also a former executive member and treasurer of the Wool Council of Australia and served on numerous other industry research and management boards.

Queensland nurse and grazier Terry Ann Cranwell of Einasleigh was named as a member (AM) in the general division of the Order of Australia for significant service to parliament and politics in Queensland, and to women in rural and regional communities.

Gillian Jane Storey of Bondi Junction in NSW has been named as a member (AM) in the general division of the Order of Australia for significant service to women in regional and remote areas, to politics and public policy, and to the community of Yass.

She is a former vice-president of the Liberal Party of Australia and a former member of the Rural Women’s Network Committee.

Hugh Wynter Warden of Fremantle WA has been awarded a medal (OAM) of the order of Australia in the general division for service to primary industry, particularly to livestock management, and to the community.

Mr Warden has been managing director of Australian Livestock Management Services since 1995 and is an inductee on the Australian Sheep and Lamb Industry Roll of Honour. He has served on the LambEx industry conference committee, the Royal Agricultural Society WA and as a board member of Wesfarmers.