Photo: Ministry of Agrarian Policy and Food of Ukraine

COST increases will be felt right across Australia’s farm sector in 2022, driven by expected further hikes in energy and fertiliser prices as a result of the Russia-Ukraine war, according to a new Rabobank report.

Entitled The Russia-Ukraine War’s Impact on Food and Agri: What Oceania’s Food & Agri Chain has to Plan For, the report said disruptions to trade flows from the two major agricultural powerhouses of Russia and Ukraine have had a major direct impact on global grains markets and will continue to keep global grain and food prices elevated throughout 2022 “and likely beyond”.

But it is the war’s impact on the key agricultural inputs of fuel and fertiliser which will cut into farmer margins in a range of sectors.

While the European Union’s latest sanction plans – which entail a move to ban Russian oil imports by late 2022 – will have a relatively small impact on grain and also fertiliser prices, there will be significant increases for energy prices as a consequence.

Report author RaboResearch general manager for Australia and New Zealand Stefan Vogel said energy prices will rise further, and farmers and the food supply chain will have to prepare for continued high and volatile prices.

“For the Australian food and agri sector, the implications of the planned next round of EU sanctions on Russia are therefore more negative than positive as prices of farming outputs like grains are expected to move substantially less upward than those of input  costs like energy and, to some degree, fertiliser,” Mr Vogel said.

“Farmers and the food supply chain will have to plan for elevated input costs, not only for fertilisers, but also because of strong energy prices.”

Mr Vogel said over the past two decades, Russia and Ukraine had “risen into the ranks of major powerhouses in the food and agri space” to now account for a combined share of 20-30 per cent of world exports of several key commodities.

While this year will not see a full loss of grains, oilseeds and fertiliser exports out of the Black Sea, Mr Vogel said, with volumes still flowing from Russia and Belarus, Ukraine’s production and exports in 2022/23 are set to be heavily reduced.

“Ukraine in the 2021/22 season without the war would have shipped about as much wheat, barley and canola to the world market as Australia in the current record season. 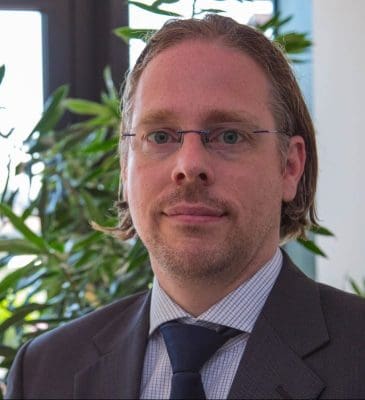 “In addition, Ukraine’s corn export volumes are again about the size of the whole Australian grain and oilseed export volume,

“As the war started in February 2022, Ukraine had already shipped at least half of the  season’s volumes.

“Consequently, the world has not yet felt the full impact of the heavy absence of Ukraine’s supplies. However, this is about to change from July onward when Ukraine harvests its next crop.

Locally, Australian grain farmers are benefiting from increased prices, but not as much as in other parts of the world, as the recent record crop is stretching export logistics to their limits.

“Australia is therefore unable to ship much more this season, and rather is seeing local stocks rising,” Mr Vogel said.

“Still, for the upcoming season, and potentially seasons beyond, Australian grain and canola farmers will be benefiting from strong prices.”

Global fertiliser prices reached all-time highs in early April, and not just due to the elevated grain prices, but also because Russia and Belarus are major exporters of various fertiliser types.

“Fertiliser prices elevate with grain prices and the current high price period is not an exception,” Mr Vogel said.

“And while Australia does not typically import much of its fertiliser needs from the Black Sea region, we are importing most of our needs from the world market and therefore we will still face a tough fertiliser market in the coming months.

“Australia may face some temporary shortages for certain products as key import competitors like Brazil and India will also try to secure their needs in the global market.

“Given Australia’s import dependence for fertiliser, our fertiliser chain is more vulnerable than usual.”

In addition, there is no relief expected at the bowser any time soon, with energy prices facing a further big price “upside” due to the EU’s plan to ban Russian oil imports by late 2022.

“As Australia is a net importer of crude oil, the global energy price volatility will be felt by consumers here,” Mr Vogel said.

“Crude oil and diesel price increases due to the war will add to costs in farming and the supply chain.

“While crude oil prices above US$100 a barrel already feel expensive, a further price increase of more than 50 per cent is possible as a result of those planned EU sanctions, if they come to pass.”

“Shipping costs will continue to feel the impact of rising energy prices.

“Especially container freight, not only because of the war but also due to continued COVID-related disruptions like lockdowns, especially in China, and continued labour shortages.”

The report says container freight prices remain significantly elevated due to the ongoing impacts of COVID, and “it will likely take two or more years to unwind congestion around the world and for freight rates to move back down closer to historic levels”.

“Russia’s war in Ukraine though has so far not added much to fuel the fire of container freight costs as the region is a rather small shipper of containerised goods,” Mr Vogel said.