The dog fence protects livestock in South Australia, and has received a funding boost in the state’s 2019-20 budget. Photo: mulgastumps

He said there were a handful of projects earmarked for the 2019-20 financial year which will deliver almost immediate benefits to SA producers. These include:

“These three projects in particular will see greater returns to farmers through improved efficiency in the supply chain,” Mr Kerin said.

“Having a road network to support continued growth in the agricultural sector will help SA to become more competitive on an international stage with regard to supply-chain efficiencies.”

Mr Kerin said the total length of SA’s heavy-vehicle routes had tripled in recent years, and the latest SA budget  would allow further growth of the network. 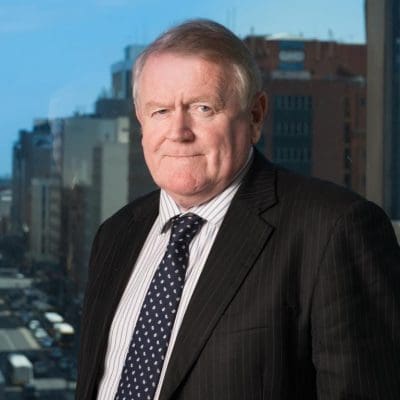 Grain Producers SA chair Wade Dabinett said the state’s growers would be pleased with the record investment in regional roads.

“The previously announced $25.6 million for upgrading roads on the Lower Eyre Peninsula following the closure of the rail line will help to accommodate increased grain truck movements,” he said.

“It is also pleasing to see funding announced for upgrades to other major grain freight routes including the Horrocks Highway and the Sturt Highway, as well as $143m in safety upgrades for roads across the state.”

“However, we are keen to see the specific detail regarding this investment to ensure it will deliver productivity gains for the grain supply chain.”

Livestock SA president Joe Keynes said the budget would benefit the state’s livestock industry through its $10m allocated to upgrading the SA Dog Fence, and $7.5m over three years to implement a red meat and wool industry growth program.

In addition, road and utilities infrastructure at the new Thomas Foods International abattoir at Murray Bridge was earmarked to receive $24.3m.

“Over 11 million sheep, 950,000 head of cattle and 57 million kilograms of wool are produced annually in this state with a total production and processing revenue of $2.4 billion,” Mr Keynes said.

“This funding, coupled with what is allocated for the Dublin saleyards and the Naracoorte and Kroemers Crossing roundabouts, shows the government recognises the value of the livestock industry to the state’s economy.”

Mr Kerin said he was hopeful efficiency measures for PIRSA announced in the budget would not have flow-on effects to the South Australian Research and Development Institute (SARDI) and Biosecurity SA.

“Research, development and biosecurity are vital to the growth of the food, wine and fibre sectors, which are continued performers when it comes to exports from SA.”

“What they’ve been cut by is $5m. They can find those savings by measures like cutting staff and cutting programs, and we believe they’re looking at doing that to fit the budget they’ve now got.”