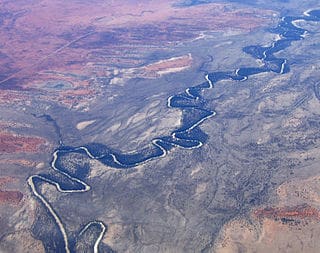 MDBA executive director of compliance Russell James said satellite imagery was a valuable tool to guard against water theft, but also provided useful data for scientists to assess how rivers, floodplains and the environment responded to the arrival of water after an extended dry period.

“While we’ve been witnessing downpours throughout northern Australia, everyone is now hoping that recent rain that fell in the northern Basin will gather pace to give some respite from the ongoing drought,” Mr James said.

“Now that rainfall is creating flows in some northern rivers, the MDBA will be using satellite monitoring systems and on-ground data to monitor the flows and their impact.

“Understanding how the landscape responds to new inflows will inform water management in the northern Basin.

“Data collection, analysis and interpretation will also help us understand how much floodplain area and river length receive water, how local ecosystems respond, the impact on water quality, and what the event means to local communities, including Aboriginal communities.

“We’re pleased to see that some rain has fallen in the Maranoa and Warrego area, as well as the upper Namoi and Macquarie over the past week, giving hope to people of the northern Basin where some rivers have stopped flowing and where dam levels now average 11 per cent.”

The early inflows are likely to connect areas along the Warrego River, with likely benefits to the Warrego River Water Holes and the 12,000-hectare Warrego Distributary Wetlands that stretch from Cunnamulla to the New South Wales border.

Mr James said some of this flow might reach the Barwon-Darling River over the next three weeks.

“The use of satellite technology to inform river management was becoming standard practice,” he said.

“The ability to monitor how water behaves and how it moves through the waterways and surrounding landscape is a game changer,” he said.

“It means any unexpected changes, including unauthorised take, can be looked at essentially in real time and be followed up promptly.”