The purchase was announced on 23 December 2021, and is understood to have been finalised this month.

Pryde’s EasiFeed is a leading supplier of branded extruded cubes, extruded sweet feeds, and pellet products for the equine market in Australia.

SunRice Group CEO Rob Gordon said the purchase of EasiFeed would increase the scale of its CopRice business, and will support its diversification into new geographic regions while increasing its presence in the high-value equine market.

“There is a natural complement between Pryde’s strong brand and market position and CopRice’s product portfolio and reach into export markets.”

This includes SunRice’s investment in the Stabilised Rice Bran plant in Leeton, output from which can now be transformed into branded products for sale in the high-value equine market.

“We hope this acquisition will allow Pryde’s to leverage CopRice’s capabilities, while protecting the successful formula that Peter and his family have built over many years.”

“After building our business over 35 years becoming part of the SunRice Group is an exciting next chapter for Pryde’s EasiFeed,” Mr Pryde said.

“Our family is looking forward to accessing opportunities through SunRice’s national and global footprint and scale to expand our customer base both nationally and internationally.” 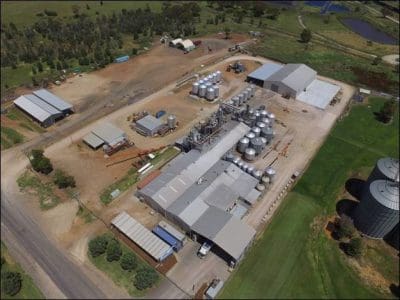 Mr Pryde will continue in his role at Pryde’s EasiFeed, alongside other Pryde family members who will remain in the business.

Pryde’s EasiFeed has 34 products which cater for a range of dietary needs, and include extruded cubes, pellets, and cooked sweet feed muesli.

The company has a manufacturing facility in Gunnedah and a sales team across key sales regions of Australia and New Zealand.

EasiFeed products are distributed through a mix of retail produce stores and wholesalers.

In the year to June 30 2021, Pryde’s EasiFeed generated revenue of $30.1M based on its unaudited financial statements, and revenue has grown year on year for the past four financial years.

CopRice’s previous acquisition occurred early last year with the purchase of Ingham’s New Zealand dairy feed business, which included a feed mill at Hamilton in the Waikato region of the North Island.

In August 2020, CopRice bought Riverbank Stockfeeds, which is based in Victoria and supplies beef and dairy feed.