SUNRICE has today announced a further reconfiguration of its Riverina operations, with another 100 job losses anticipated in 2020.

SunRice chief executive officer, Rob Gordon, said SunRice took significant steps, including putting record prices to growers in August 2019 in a bid to stimulate plantings for C20, which had ensured that a milling program should be maintained at the Deniliquin and Leeton mills until at least early 2021.

While SunRice has been able to keep both Deniliquin and Leeton Mills open, the small plantings for C20 mean shifts will drop to a one shift operation at both mills, commencing from the end of the first quarter of 2020.

As a result, SunRice announced that 80 manufacturing and support staff will be affected.

This will bring the total number of job losses at SunRice’s Riverina operations to approximately 230 positions since reconfiguration commenced in November 2018. 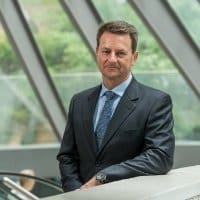 “It is with deep regret we have been forced to make another series of changes to our Riverina operations ahead of the 2020 harvest. Today’s announcement will take the total number of positions impacted to approximately 230 since reconfiguration commenced in November 2018,” Mr Gordon said.

We understand that these changes have been, and continue to be very unsettling, and we remain committed to providing as much notice as possible to our employees throughout the process. We will be doing all we can to support our employees and their families in the months ahead.

“In normal production years these facilities employ approximately 600 people in the communities of Leeton and Deniliquin. We also have significant rice storage and animal feed assets across the Riverina region which contribute to this employment. In such years, SunRice generates close to $400 million in direct expenditure in these communities.

SunRice is an Australian company that has been operating for almost 70 years, and now sells value-added branded rice products into more than 50 markets around the world.

“While we are a thriving, resilient and global business, generating annual revenues of $1.2 billion and employing more than 2000 people around the world, the heart of our business is in the Riverina, where our Australian rice is grown, and where we own significant rice processing facilities,” Mr Gordon said.

“As outlined at the Annual General Meeting in August 2019, earnings guidance for FY20 will be provided at the time of releasing our half year results in December 2019. Despite the anticipated under recovery of fixed costs in the Riverina, the strength and resilience of our international supply chain will be flexed accordingly, to help reduce this impact.”

Mr Gordon said SunRice acknowledged the significance of the current drought in the scale back of its Riverina operations, but believed the impacts had been exacerbated through water policy settings.

The company today released a report on its website prepared by analysts RMCG that clearly identifies a series of unintended consequences of the Murray-Darling Basin Plan, which is having a disproportionate impact on farmers who rely on General Security water to grow annual crops, like rice, maize and fodder, in the southern Murray-Darling Basin.

The RMCG analysis shows that in the last nine years there has been disproportionately lower water availability for General Security water entitlement holders in the southern Murray-Darling Basin, with the effect of eroding their water rights in contradiction of the commitments made to these farmers.

While commissioned by SunRice, the authors’ findings and recommendations contained in the external report are their own.

“Due to concerns, particularly from rice growers, around the allocation of General Security water in the southern Murray-Darling Basin, SunRice commissioned an external report from RMCG to investigate these issues,” Mr Gordon said.

“Whilst the water reform process has been immensely complex, this report identifies unintended consequences associated with the rollout of the Murray-Darling Basin Plan and with the NSW Government’s water allocation practices.

“The report shows those consequences include over recovery of water, significantly eroding the rights of General Security NSW irrigators, who grow rice and other annual crops.

“SunRice is currently engaging both Federally and with the NSW Government with the aim of addressing the inequities.

“SunRice remains committed to working with Governments to identify win-win solutions that preserve the original intended outcomes of the Australian water reform process and the Murray-Darling Basin Plan, to ensure a vibrant future for the world-class Australian rice industry.

“We have every confidence that if changes are made to policy settings to address these inequities, the rice industry will be able to bounce back as it did following the Millennium Drought.”