DEMAND for concessional loans through the Regional Investment Corporation has reached unprecedented levels, according to Minister for Agriculture, Drought and Emergency Management David Littleproud. 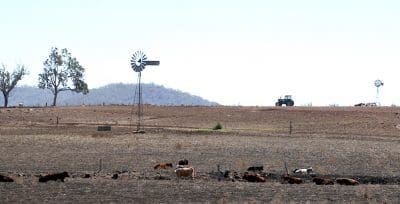 Through the RIC loans of up to $2 million are available for farm businesses and up to $500,000 for agriculture dependent small businesses.

The Australian Government has today announced further assistance to farmers and small businesses via an additional $2 billion in loan funding to the Regional Investment Corporation (RIC) for 2020-21.

“This funding is available this financial year to ensure support is provided where it is most needed and with the best possible impact,” Minister Cormann said.

“Parts of Australia have had good rainfall and the RIC’s drought loans can be used for recovery activities such as replanting and restocking”.

Minister for Agriculture, Drought and Emergency Management, David Littleproud said unprecedented demand for the concessional loans showed what a useful support mechanism it is for rural businesses at this time.

“These loans have been critical in helping farmers and small businesses facing hardship due to the drought.

The RIC will also be provided with additional operational funding of $50 million over four years to deliver the additional loan funding as well as process the significant volume of applications already on hand” Minister Littleproud said.

Minister Littleproud also announced that the additional loan funding comes with changes to loan terms, with the two-year interest free period not being available for the Drought Loan and AgBiz Drought Loan applications received after 30 September 2020.

“The Government announced the two-year interest free terms for these loans in November last year in response to the severe drought conditions that were being experienced in many parts of the country. With conditions improving it is now time to revert back to the previous concessional terms for the RIC’s loans,” Minister Littleproud said.

“I understand that parts of Australia are still experiencing drought and it will also take a number of years to recover. I encourage farmers and small businesses to get their application in before the end of September if they want to receive the benefit of the 2-year interest free period”.

“For applications received after 30 September 2020, a five-year interest only period will apply, followed by principal and interest for the remainder of the 10-year term.

“The interest rates for Farm and Small Business Loans will drop to 1.92% effective from 1 August 2020. These concessional terms will still enable rural businesses to save thousands of dollars a year on interest bills and put those savings to better use.

“The Government understands the importance of encouraging a new generation of farmers to the sector and the AgriStarter Loans will be a useful program to support this.”

Businesses can get more information about RIC loans by visiting the RIC website or calling 1800 875 675.