THE Minister for Water Resources, David Littleproud, has written to the Australian Competition and Consumer Commission (ACCC) asking that reports of alleged ‘unconscionable conduct’ in the water market be investigated. 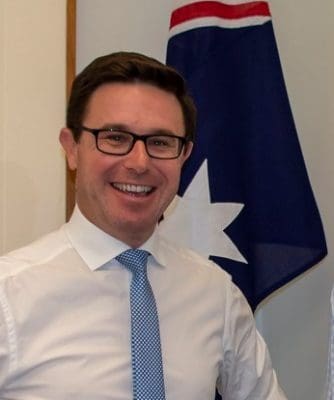 The Minister has also written to the Murray-Darling Basin Authority (MDBA) asking they invoke their powers under the Act, and he has urged the basin states to improve the accuracy and transparency of water prices.

Mr Littleproud said alleged ‘unconscionable conduct’ by water traders and brokers in the Murray-Darling Basin would not be tolerated.

“I want to make sure the water market is a fair and even playing field,” he said.

“Horticultural groups have written to me concerned some water holders are inflating prices, which hurts farmers and Basin communities. I take these allegations very seriously.

“I have written to the ACCC and asked it to investigate the allegations brought to me by the Almond Board and other peak grower groups as soon as possible.

“I’ve asked the ACCC to step in and use its powers of prosecution if it finds evidence Commonwealth laws have been breached.

“The ACCC will also refer the matters to ASIC if they identify any relevant breaches of the Corporations Act.”

Mr Littleproud said he had also asked the MDBA to use its powers under the Basin Plan to investigate allegations related to transparent water price reporting.

“I will also be writing to Basin Ministers to expedite their work to improve the accuracy and transparency of water prices on state trade registers.”

“The delivery of the Murray-Darling Basin Plan depends on an accurate and transparent water market for everyone.

“Anyone operating in bad faith has no place in water markets and will not be tolerated by this Government or the community.”