What is CRISPR, the gene editing technology that won the Chemistry Nobel prize? 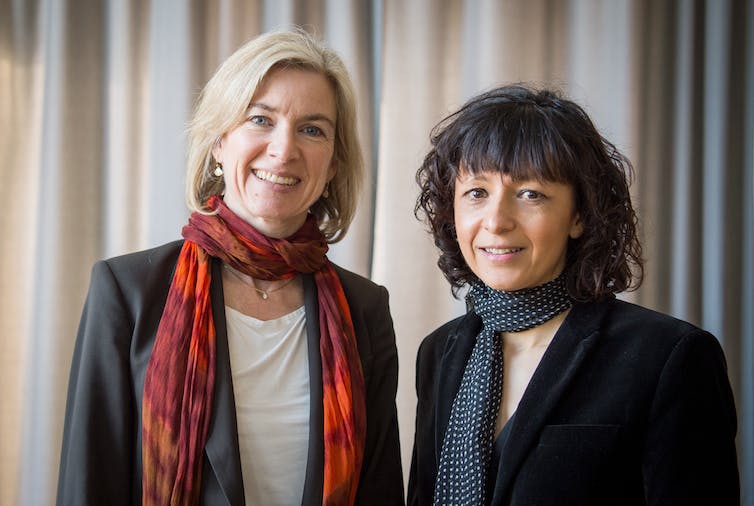 THE Royal Swedish Academy of Sciences yesterday awarded the 2020 Nobel Prize in Chemistry to Emmanuelle Charpentier and Jennifer Doudna for their work on CRISPR, a method of genome editing.

A genome is the full set of genetic “instructions” that determine how an organism will develop. Using CRISPR, researchers can cut up DNA in an organism’s genome and edit its sequence.

CRISPR technology is a powerhouse for basic research and is also changing the world we live in. There are thousands of research papers published every year on its various applications.

Charpentier is the director at the Max Planck Institute for Infection Biology in Berlin, Germany and Doudna is a professor at the University of California, Berkeley. Both played a crucial role in demonstrating how CRISPR could be used to target DNA sequences of interest.

CRISPR technology is adapted from a system that is naturally present in bacteria and other unicellular organisms known as archaea.

This natural system gives bacteria a form of acquired immunity. It protects them from foreign genetic elements (such as invading viruses) and lets them “remember” these in case they reappear.

Like most advances in modern science, the discovery of CRISPR and its emergence as a key genome editing method involved efforts by many researchers, over several decades.

In 1987, Japanese molecular biologist Yoshizumi Ishino and his colleagues were the first to notice, in E. coli bacteria, unusual clusters of repeated DNA sequences interrupted by short sequences.

In 2005, Mojica and other groups reported the short sequences (or “spacers”) interrupting the repeats were derived from other DNA belonging to viruses.

Evolutionary biologists Kira Makarova, Eugene Koonin and colleagues eventually proposed CRISPR and the associated Cas9 genes were acting as the immune mechanism. This was experimentally confirmed in 2007 by Rodolphe Barrangou and colleagues.

The CRISPR-associated genes, Cas9, encode a protein that “cuts” DNA. This is the active part of the defence against viruses, as it destroys the invading DNA.

In 2012, Charpentier and Doudna showed the spacers acted as markers that guided where Cas9 would make a cut in the DNA. They also showed an artificial Cas9 system could be programmed to target any DNA sequence in a lab setting.

This was a groundbreaking discovery which opened the door for CRISPR’s wider applications in research.

In 2013, for the first time, groups led by American biochemist Feng Zhang and geneticist George Church reported genome editing in human cell cultures using CRISPR-Cas9. It has since been used in countless organisms from yeast to cows, plants and corals.

Today, CRISPR is the preferred gene-editing tool for thousands of researchers.

A technical revolution with endless applications

Humans have altered the genomes of species for thousands of years. Initially, this was through approaches such as selective breeding.

However, genetic engineering – the direct manipulation of DNA by humans outside of breeding and mutations – has only existed since the 1970s.

CRISPR-based systems fundamentally changed this field, as they allow for genomes to be edited in living organisms cheaply, with ease and with extreme precision.

CRISPR is currently making a huge impact in health. There are clinical trials on its use for blood disorders such as sickle cell disease or beta-thalassemia, for the treatment of the most common cause of inherited childhood blindness (Leber congenital amaurosis) and for cancer immunotherapy.

CRISPR also has great potential in food production. It can be used to improve crop quality, yield, disease resistance and herbicide resistance.

A number of challenges to the technology remain, however. Some are technical, such as the risk of off-target modifications (which happen when Cas9 cuts at unintended locations in the genome).

Other problems are societal. CRISPR was famously used in one of the most controversial experiments of recent years.

Read more:
Why we need a global citizens’ assembly on gene editing


Chinese biophysicist He Jiankui unsuccessfully attempted to use the technology to modify human embryos and make them resistant to HIV (human immunodeficiency virus). This led to the birth of twins Lulu and Nana.

We need a broad and inclusive discussion on the regulation of such technologies – especially given their vast applications and potential.