AUSTRALIA’s winter crop production is forecast to increase 53 per cent in 2020–21 with a 23pc jump in the area planted, according to the Australian Bureau of Agricultural and Resource Economics and Sciences’ (ABARES) ‘Australian crop report – June 2020’ released today.

ABARES acting executive director, Peter Gooday, said the opening to the winter cropping season in 2020–21 was very favourable, especially in the eastern states and South Australia. 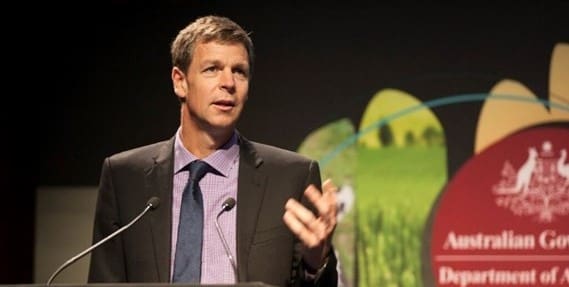 “Yield prospects in New South Wales, Victoria and South Australia are forecast to be above average given favourable levels of soil moisture at the beginning of June and the likelihood above average rainfall in July.”

This forecast assumes average seasonal conditions in spring because the Bureau of Meteorology outlook for spring is not yet available.

“The majority of this increase is expected to be in New South Wales, where seasonal conditions so far are much more favourable than during the last two winter crop seasons,” Mr Gooday said. “Falls in barley prices in early May occurred in the midst of planting but did not significantly change planting intentions in the eastern states with many producers maintaining planned crop rotations,” Mr Gooday said. ABARES estimates the total summer crop production in 2019–20 fell by 62pc to 885,000t, driven by significant falls in grain sorghum and cotton production.

Production of grain sorghum is estimated to have fallen by 74pc in 2019–20 to 298,000t, driven predominantly by minimal plantings in Queensland and northern NSW.

Rice production is estimated to be around 57,000t, the lowest since 2007–08, because of low water allocations and high water prices.