Australia Day awards celebrate expertise – and so should we

THE 2018 Australian and Senior Australian of the Year awards have been bestowed upon two eminent scientists, Professor Michelle Simmons and Dr Graham Farquhar. 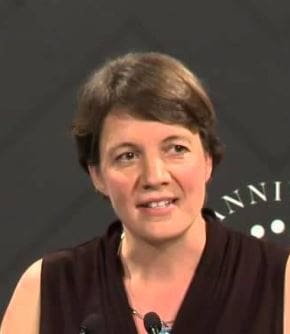 In the age of Wikipedia wisdom and the Google guru, these awards are an important reminder that being an expert is not something to be ashamed of but instead something to be celebrated and admired.

Increasingly in public dialogue and political representation, expertise is being associated negatively with elitism.

In his book The Death of Expertise, Tom Nichols writes: “Americans have reached a point where ignorance, especially of anything related to public policy, is an actual virtue. To reject the advice of experts is to assert autonomy, a way for Americans to insulate their increasingly fragile egos from ever being told they’re wrong about anything. It is a new Declaration of Independence: No longer do we hold these truths to be self-evident, we hold all truths to be self-evident, even the ones that aren’t true. All things are knowable and every opinion on any subject is as good as any other.”

Nichols is a professor of national security affairs at the US Naval War College, an adjunct professor in the Harvard Extension School and an expert on nuclear weapons.

His commentary on the death of expertise applies to almost any field of research, however, and none more so than one of the fields that Dr Farquhar works in – the science of global change.

Dr Farquhar has spent his life researching the physiology of plants and how a changing climate might influence that physiology. 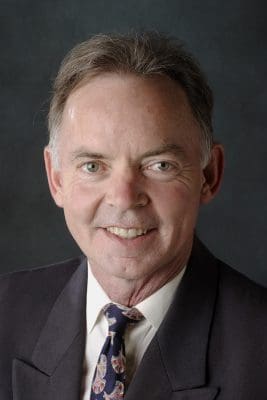 Along with numerous other awards, he shared the 2007 Nobel Prize as part of the Intergovernmental Panel on Climate Change.

There is arguably no-one with more knowledge about the way that crop growth might be affected by changing climate.

He is the definition of the kind of credible source which should be used to inform reasoned debate on climate change policy.

But in the modern 24-hour news cycle, what catches the attention of time-poor policy-makers?

Informed commentary from the likes of Dr Farquhar, or a talkback radio interview with Angry Bob from Youtubelandia who tweeted a video of ice on his dog’s water bowl as evidence that climate change doesn’t exist?

And too often, if Bob is challenged about the veracity of his conclusion the questioner is labelled as ‘elitist’ and out of touch with the real world.

Public policy outcomes should rely on expertise, not opinion. Before social media and the internet gave us instant answers and reinforced our biases, we relied on experts to teach, lead and inspire. And overall, humanity did okay as a result.

We should certainly celebrate the achievements of Professor Simmons and Dr Farquhar as individuals, but we should also be inspired by what they represent: lifelong learning and the acquisition of knowledge to be drawn on for the betterment of all.