“WHEN you are on a good thing – look for change.” That’s the underlying philosophy that has driven the career of Victorian agricultural educator, agronomist and researcher, Robert Norton, who is set to retire at the end of the year. 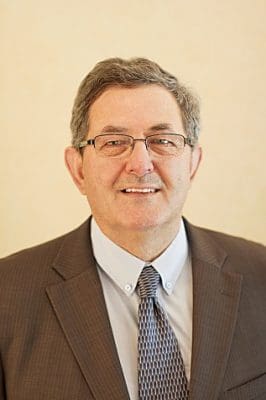 “As soon as you think you have solved a problem there will be another one come up. That’s just the way it is if you work in biological systems. Biology doesn’t like an empty space. It will fill an empty space with weeds or pests or diseases,” he said.

“As soon as you plant a crop you think is resistant to a disease you can’t put too much pressure on it because diseases will change to attack it.

“It’s the same with weeds. When we were working in fallow systems with full cultivation we had a set of weeds. Direct drilling, stubble retention and zero tillage solved a lot of those weed problems, but then new ones came along.”

Dr Norton has spent most of his professional life in Victoria’s Wimmera where he has built a reputation as one of the nation’s foremost agricultural educators and researchers.

After graduating from the University of Melbourne with agriculture and teaching qualifications, his first posting was as an agriculture teacher at Donald High School east of Horsham in 1977.

“I learnt a lot about life and small communities, and how critical agriculture is to those smaller communities,” he said.

After a stint farming, in 1981 he took up the position of lecturer in plant sciences at Longerenong Agricultural College outside Horsham, a move which was to begin a long and proud association with the college.

“It was a fantastic time. It was a great place to work. It was on-farm and working with young people who were keen on farming. I think I learnt as much as they did. The best way to learn something is to have to teach it,” he said.

Over the next 30 years he lectured in agronomy and conducted research at Longerenong, Dookie and Parkville campuses of the University of Melbourne at a time of great change in agriculture.

“In the 1980s to 1990s there was a big evolution in farming systems. It was the time when canola was coming in, stubble retention was being thought about, we suddenly realised nitrogen fertilisers were needed and herbicides were becoming more available,” he said.

“The innovations were coming thick and fast. It was a fantastic time to see the industry grow and develop.”

Dr Norton played an instrumental role in the development of the canola industry in Australia, working with colleagues throughout the 1980s to advance the oilseed from small beginnings to become an integral part of many farming rotations and the third largest grain crop in Australia.

After completing a PhD, in 2002 Dr Norton developed an agronomy research group at Longerenong, which later shifted into the Victorian DPI’s Crops Research Institute in Horsham.

Much of the focus of the research was on the emerging issue of climate change and its likely impact on Australian farming systems.

“The last project I set up there was called AGFACE (Australian Grains Free Air CO2 Enrichment) looking at the impacts of climate change on crop physiology and adaptation,” he said. 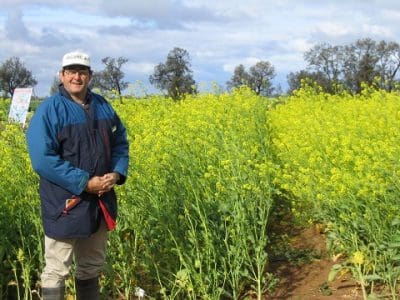 “It was a good, integrated project with lots of people working on it. We did everything from soil biology to fertiliser management, crop adaptation and engineering.

“We identified that the varieties we have at the moment aren’t particularly well adapted to future climates. So, we will have to look at developing specific varieties for future high carbon dioxide environments and the more variable climate that will probably be warmer.”

“We consistently saw that high carbon dioxide caused declines in grain protein concentration and grain zinc concentration. The protein types would also change, so the baking quality of wheat was not as good as it was grown under our current environments,” he said.

“That says we have to address the varieties we will need from 2030 to 2050. Growing and selecting them in our current environment isn’t going to find varieties suited to the change in environment. We have to have a conscious effort to select for high carbon dioxide environments.

“We have learnt about nutrient management and the demand for nutrients under climate change. There will need to be more attention to nutrition simply because in good environments such as the high rainfall zone yields will increase with more carbon dioxide, and that means we will have to supply more nutrients. So, nitrogen management in terms of growth becomes even more important.”

In 2009, Dr Norton took the opportunity to leave the University of Melbourne and become the regional director for Australia and New Zealand of the International Plant Nutrition Institute (IPNI), a not-for-profit organisation supported by the large global fertiliser manufacturers.

“We have about 40 staff across the world virtually everywhere except Europe. We have a very wide group of people we interact with,” said.

“Our job is developing best management practices for plant nutrients. So, we work with advisers, growers and researchers to develop and communicate how nutrients can be used sustainably, particularly with the challenges we have ahead.”

Looking to the future, Dr Norton said the young farmers, agronomists and agriculturalists of today were in the midst of a “golden age” of agronomy.

“It is the most amazing time. We have a good science base, well-educated farmers, solid demand, and the technologies we have and that are evolving we wouldn’t have thought of 40 years ago,” he said.

“The computing power people have in their smart phones is beyond anything anybody had conceived. When I was at Uni in the 1970s the only computers we had were ones where we had punch cards. If you dropped the packet of punch cards you were in big trouble. 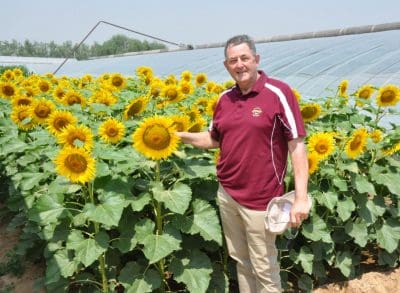 “The present time is a golden time. I am just in awe of the things young farmers can do. The technical, economic, environmental and social challenges they face operating their own business are huge.”

Dr Norton believes Australian farmers are at the top of their game and have much to be proud of in the way they have adapted to Australia’s unique conditions and adopted some of the most advanced farming systems in the world.

“I have been lucky enough to visit a lot of places around the world. I have to say that Australian farmers are incredibly innovative and adaptive. Our farming systems are as good as, if not better than, any I have seen in terms of their ability to adapt and manage in an unprotected, unsubsidised environment,” he said.

“Our growers are able to pull their horns in, or spend the money they need to, to be profitable. Our farmers are very good at adopting and adapting technology.

“When auto steer came out on tractors, people were saying it was just an interesting adaptation. Now nearly every header and tractor has auto steer because it is a no-brainer. With two-centimetre accuracy, it allows us to do incredible things we never thought possible.”

Dr Norton said one of the main lessons he had learnt in his working life was the benefit of working in teams to achieve outcomes.

“No man is an island. Whatever we achieve in agriculture is done through teams of people. Working with growers and researchers, in Australia and internationally, is really important,” he said.

“Researchers would be well advised to work with the best farmers to share the way forward.

“And I’d encourage growers to get off their own patch and go and look at another state or another country. They will benchmark themselves against that and find out they are doing pretty well.” 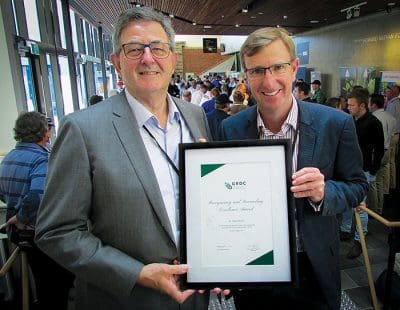 “In his role with IPNI, Rob is responsible for identifying and undertaking plant nutrition research projects to improve nutrient management, as well as developing educational programs to capitalise on these opportunities,” Mr Pengilley said.

“Prior to his appointment with IPNI, Rob worked for the University of Melbourne based in Horsham where he led projects on how climate change affects grain crops, soil and plant nutrition, oilseed agronomy, crop water use, alternative grain crops and farming systems.

“He led a climate change project in China, worked for a short time in Canada and has hosted scientists from India, China, Canada, Spain and Iran on visits to Australia.

“He is the author of more than 130 book chapters, refereed journal and conference papers as well as another 300 conference and extension articles.

“And he has invested in the next generation by successfully supervising 14 higher degree students and teaching a generation of undergraduate students.”

Despite his long list of achievements and worldly experiences, Dr Norton remains, at heart, a grassroots farmer and agronomist.

“I still often stop just to admire a good crop of wheat or canola,” he said.