Bodies set for shakedown when Grains Australia fires up

A RATIONALISATION of grain bodies in Australia is coming with the advent of Grains Australia Limited (GA).

The advent of Grains Australia is expected to change the functions of AEGIC, AOF, GIMAF, PA and WQA.

To be funded initially by the Grains Research and Development Corporation (GRDC), GA will assume some of the functions that were handled by Australia’s statutory marketing authorities.

When they were divested of powers and ceased operation between 2008 and 2011, a number of organisations were created to assume their roles.

They include Wheat Quality Australia (WQA) and the Grains Industry Market Access Forum (GIMAF). Grain Central understands these will be the first organisations to fold into GA.

Interviews for GA’s five inaugural directors are now believed to be taking place.

Once appointed, they will begin the search for GA’s first chief executive officer, and the company is expected to be operational before the year is out.

WQA, GIMAF first to roll in

WQA is funded by GRDC, managed by executive officer Hugh Robertson, and governed by a board of three.

WQA also receives some contributions from seed companies, and its work ensures segregations offered to Australian growers can be matched to market requirements, mostly from domestic and international flour millers.

GIMAF is funded by GRDC, and its executive manager is Tony Russell. 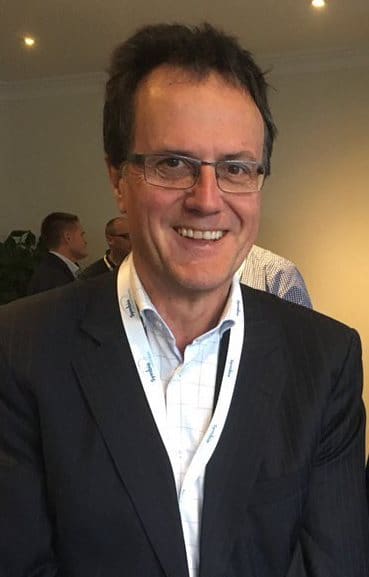 He manages GIMAF’s committees and operations, and communicates with industry and government to fill the market-access void created when AWB and the state-based marketing boards disbanded.

Looking at areas like maximum-residue levels and weed-seed tolerances into individual markets, GIMAF advises the Federal Government to assist Australia with gaining as many options as possible for its grain, oilseed, pulse, seed and fodder exports.

“There was a fair bit of disruption at the breakdown of AWB and the other boards, and market access didn’t get much attention at all from the industry from 2008 to 2011,” Mr Russell said.

GIMAF was formed in 2011 to address this. Mr Russell can see efficiencies coming from the new structure which can remove some duplication across bodies created when the lights went out on the single-desk boards.

“I think Grains Australia is a really positive development.”

“The breakthrough now is that we will have a single voice talking to the government in a decent resource.”

WQA and GIMAF are likely to see out the year under their own shingle before their roles, and possibly their personnel, are absorbed by GA.

Constitutions and membership support permitting, both PA and AOF are likely to be able to roll some of their functions into GA over time. 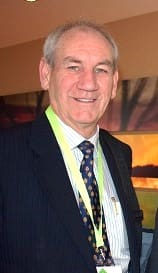 PA chair Ron Storey said PA had supported the establishment of GA as offering upside for the grains industry on two major fronts: efficiency and opportunity.

“There should be gains on a cross-commodity basis to see some industry-good functions like grain classification and export-market access consolidated into GA as a set of professional, well-resourced services.”

He said this would replace the “somewhat fragmented approach” across several industry organisations at present.

“On the opportunity front, GA can also be a whole-of-chain voice to address emerging issues for the industry, so we are not just reactive, but proactive in creating a vibrant Australian grains value-chain from farmers to processors and customers.”

Mr Storey said promoting the sustainability and provenance story of Australian grains, which would require a whole-of-chain collaboration, was one example.

“Of critical importance to the success of GA…will be to thoroughly engage with the various chain stakeholders to align expectations and clarify the mandate for GA to operate.

“The fact that growers, via their GRDC levy, have committed the initial funding to get GA established is testament to the vision they have for what their industry can achieve.

“It’s an exciting step for the whole industry.”

He said a timely transition plan for current organisations, including PA, based on consultation was needed from GA once it got its feet under the desk.

Mr Storey said commodity-specific expertise and input would still be required, and PA would reshape to the new environment.

PA was founded in the 1990s to assist development of the fledgling pulse industry from paddock to market, and is funded by varying levels of annual membership, from $400 for growers to $10,000 for large companies.

GRDC funding of PA has been substantial over the years, and is now largely confined to projects carried out for industry good.

PA has eight directors, and its members are active in sectors including grain accumulation, processing and trading, and agricultural inputs and services.

PA includes grower-facing functions it expects to retain when GA gets going.

AOF has said it will assess and discuss with its members the opportunities presented by GA as it develops, with the focus in the meantime being very much “business as usual”.

AOF was founded in the 1970s, and has a leadership team of 15 which represents commodity and supply-chain sectors as well as office bearers.

It is funded by annual memberships which cost $2500-$5000, depending on the size of the organisation and level of industry involvement.

AOF’s executive officer is Nick Goddard, who is also CEO of Pulse Australia.

AOF is likely to retain its value-adding focus with crushers and refiners once GA becomes fully operational.

BA not so easy

Barley Australia (BA) looks after classification of Australian barley varieties, as WQA does for wheat, but differs in being a subscription organisation.

It started in the 1990s with a commercial focus based on the domestic malting barley supply chain.

Its board has multinational connections aplenty, and represents brewers, maltsters and seed companies, as well as Australia’s big three bulk handlers: CBH Group; Glencore as Viterra’s parent, and GrainCorp.

On its website, BA states 2020-21 board membership costs $20,726, and those applying for membership need support from at least 75 per cent of the board, which currently numbers 13.

Sources have told Grain Central it will be tougher to slot into GA.

GRDC is the biggest single funder of Australia’s grain bodies.

Its annual income varies in relation to the size of the national crop, and its 2018-19 funding came from $114.2 million in grower levies on wheat, coarse grains, pulses and oilseeds, $69.4M from the Federal Government, and $23.4M from interest, royalties and other sources.

It co-funds the Australian Export Grains Innovation Centre (AEGIC) with the Western Australian Government, and WA Minister for Agriculture Alannah MacTiernan has stated outcomes for WA need to be considered in any changes to the organisation when GA becomes operational.

Established in 2012 to add value to the Australian grains industry in a way that one could argue single-desk exporters once did, AEGIC connects with offshore customers to ensure grain being offered is fit for purpose.

GA is expected to eventually assume AEGIC’s market research and education function, but could well engage AEGIC by contract to carry this out.

In recent years, AEGIC has chalked up successes for wheat in fields like the growing Asian baking market, as well as ably servicing existing markets such as that for Asian noodles, where WA is a major supplier.

AEGIC has also contributed to wins in areas like barley access into India, and a 500,000-tonne tariff-free feedgrain quota into Indonesia which came into effect yesterday.

GrainGrowers and GPA are the two lobbying bodies of the Australian grains industry.

GPA in 2012 instigated the discussion about pulling together services that add value along the supply chain to be better resourced, and remove the need for growers to fund a number of these organisations’ management structures.

GrainsGrowers CEO David McKeon said in a statement post the announcement of GA that it would be of benefit to deliver a coordinated response to industry-wide problems.

“The China anti-dumping investigation against Australian barley is one such issue where GA would coordinate and ensure all necessary resources are allocated to resolving the issues.” 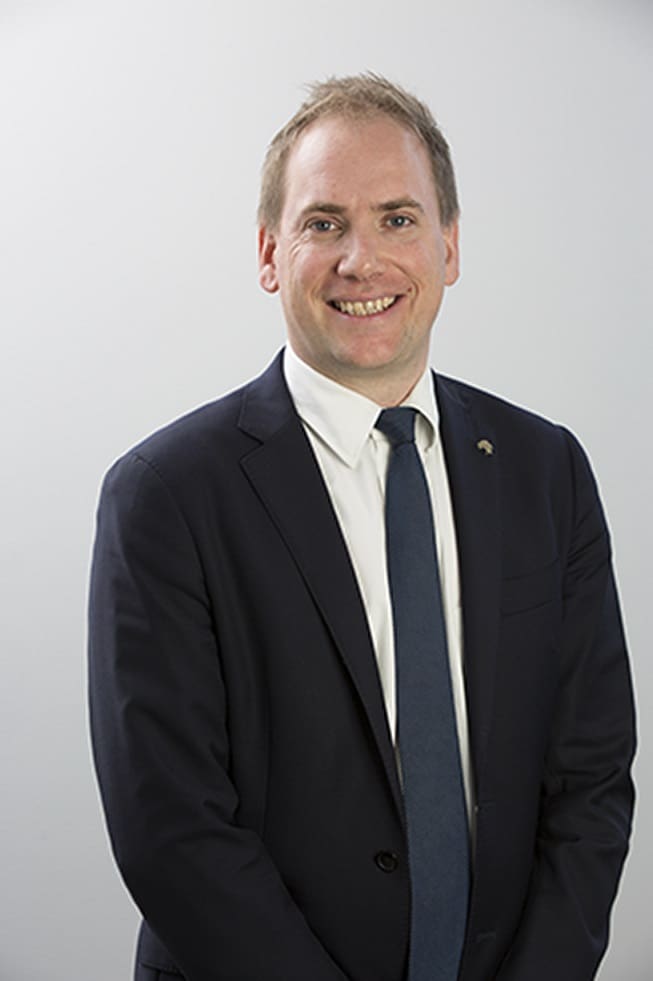 Mr McKeon said all five organisations were liaising with each other on the matter in an inefficient use of resources.

“Having one voice deal with this complex issue ensures a rapid and concise response and a positive outcome will benefit all stakeholders.”

Mr McKeon said another plus for GA would be its ability to work on gaining access for Australian pulses into the Indian market.

“The benefits of gaining access to such a large Indian domestic market would have excellent flow-through effects for not just growers of pulses in Australia but right along the supply chain.

“These are issues that if solved, will benefit the whole grain industry, this is the function of an industry good company.”

Peak organisations like GrainGrowers are expected to be ongoing active contributors in the operations of GA through participation on committees, councils and working groups.

The formation of GA has been led by a steering committee comprising representatives from GrainGrowers, GPA, GTA and GRDC.

GTA determines commercial rules and universal grain-trading standards for the Australian grain industry, and its purely commercial nature means its function is unlikely to change with the advent of GA.

NOTE: The earlier version of this story incorrectly stated that GTA as well as GRDC funds WQA.