MORE than 150 young farmers and agribusiness people have turned out for the three-day GrainGrowers’ Innovation Generation conference which kicked off in Wagga Wagga, southern New South Wales, yesterday under the theme ‘Building Blocks for Success’. In his welcoming address, GrainGrowers CEO, Dr Michael Southan, challenged participants to identify the two or three issues they believed if solved would make all the difference to the grains industry industry.

A panel session on Wednesday afternoon will pull together common themes to be taken forward to the next National Policy Group meeting.

Deputy Prime Minister Michael McCormack in his opening address told participants he was positive about the future of farming with an increasing number of young farmers and women entering the industry.

He highlighted the importance of a strong grains sector to underpin a strong nation.

Mr McCormack said the government was trying to “get out of the way of farmers” by reducing red tape and providing additional funding to improve important rural roads.

He said good ideas such as the instant asset write-off provision, and extending household assistance in the current drought, had come from everyday Australians who had emailed their ideas to the government and he encouraged the participants to get involved and provide any ideas they have to government.

Corporal Mark Donaldson, VC, inspired the conference with the story behind his award, the highest military honour bestowed in Australia.

He told participants that the job of leader was importantly one of an enabler, to help others to do their job. 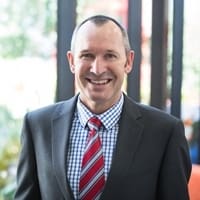 Every family member needed to feel supported, respected and able to be heard.

His tip was: “Try to make it fun. Have an annual family business planning session in a relaxed location. A family that plays together, stays together!”

The Finlay family, James and Simon and their wives, Sarah and Erin, and their sister, Sarah, and their parents, who farm at Morven, NSW, described their personal succession planning journey and how it was important that every family member was committed to every other member succeeding from the plan.

Cam Parker – grain farmer from Boort, Victoria, and a GrainGrowers National Policy Group (NPG) member – described how he got into grain farming, despite no farming background, by first working on a number of farms as a labourer and then starting in a small way in his own business, by investing in a hay baler to become a contractor to local farmers. 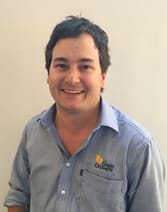 His participation in GrainGrowers’ Australian Grain Leaders Program (AGLP) had helped him find the courage to have a go. He grew his first crop last year.

Georgie Aley, described how important it was in developing an agribusiness career to be open to opportunities; to say yes and back yourself; to give back to the industry; to build and manage your personal brand, to understand the power of mentors, to network, and to be constantly learning.

Henry Moxham, Nick Panizza, Veronica Terry, Mitch Mouritz, who are current participants in the AGLP, discussed their personal involvement in multi-generational farming, saying it was important to keep communications channels open between generations; to pick your battles and not sweat the small stuff; to play to family member strengths; to share responsibilities; and to implement and develop a business now to a scale that can support all generations into the future.

Rural Bank chief financial officer, Will Rayner, said Australia had the second highest percentage of farmers aged under 35 in the world.

He said a large proportion of farmers were looking for growth and investing for the future.

Mr Rayner discussed how banks made decisions about ag loans. He said the current enquiry into banking could mean tighter bank credit and stricter regulation in the future, affecting agriculture.

Charlie Blomfield described how CommStream Capital was founded because alternative funding arrangements for smaller farming businesses were not available. 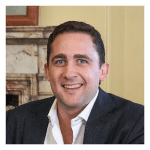 He said CommStream found clients on referral but customers had to be prepared for more rigorous financial scrutiny and due diligence.

She said farmers often don’t know if they’re on a good or bad finance deal.

Ms Purvis said a fear of change and uncertainty could be the main barriers to farmers negotiating with their banks.

She urged farmers to look to the bank manager/farmer relationship as an important part of the decision on which loan to choose.

Robinson Sewell Partners’ Ian Robinson said that farmers might consider non-bank lending when they wanted to accelerate growth by seizing an opportunity in terms of improving economies of scale, or introducing horizontal integration, perhaps to achieve succession.

But they had to understand their own risk tolerance and be prepared for greater expense in return for faster resolution of the loan process. 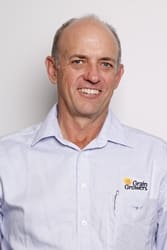 “Family members may not always be the best people to take over the farm. We need a model with hybrid vigour to allow people to come in from outside of agriculture, to make a go of it and earn their place in a farming business.”

The final event for the day saw AGLP’s Tess Walch moderating a panel of speakers – Will Rayner, RuralBank, Georgie Aley and Simon Sellars, Boyce Accounting – who discussed the topic Breaking down the barriers and answered questions from the audience about aspects such as succession, diversity and alternative financing.