REPRESENTATIVES from the poultry and grain-milling sectors have gathered at the Gold Coast for the biennial Poultry Information Exchange (PIX) and Australasian Milling Conference (AMC).

The theme for this year’s conference is ‘Supply Chain Opportunities – Farmers to Consumers’, which has attracted speakers and delegates from overseas and across Australia.

The two-day program being held at the Gold Coast Convention and Exhibition Centre covers chicken meat, egg production, and free-range and organic poultry farming, as well as flour and feed milling. Among the interstate delegates at PIX/AMC 2018 are LPC Trading’s Brett and Alex-Kate Langfield, Bendick Murrell, and Narelle and Bede Burke from Glenwarrie Partnership, Tamworth. Bede is also a director of Australian Eggs Ltd. 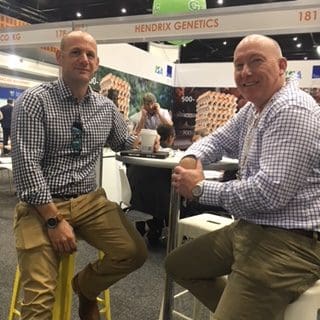