The 2021 ADAMA Chris Lehmann Trust Young Cotton Achiever of the Year winner is Emma Ayliffe, an agronomist based near Griffith.

She has been actively involved in the southern expansion of the cotton industry with a focus on efficiencies and sustainability and is part of grassroots projects in compaction and irrigation and manages CRDC projects for whitefly.

Ms Ayliffe has also been involved in the Irrigation Research Extension Committee volunteering her time as an advisor and helping to design and manage trials, as well as sourcing in-kind operational support.

“I am particularly impressed with Emma’s commitment to improving the social licence of cotton and that will have benefits for the country as more people hear how our cotton is among the world’s best in quality and sustainability,” Mr Kay said.

Mr McCalman has held leadership roles in organisations such as GrainCorp, Emerald Grain, Agfarm and most recently, Merredin Farms in Western Australia.

He said he is looking forward to living in the Murray Irrigation footprint and being part of an exciting chapter for the company.

“I have strong connections to regional NSW, and I understand the challenges associated with the water industry,” Mr McCalman said.

“I am a firm believer that, wherever possible, you need to be based close to your customers and staff if you are to truly understand and respond to the challenges and opportunities of improving the business operating model and the value you can create for all stakeholders.”

MIL acting chair Noel Baxter said the company is thrilled that Mr McCalman will be leading the team.

“We know he is the right person to take the company forward,” Mr Baxter said.

Mr McCalman commences on June 20 and will be based in Deniliquin. 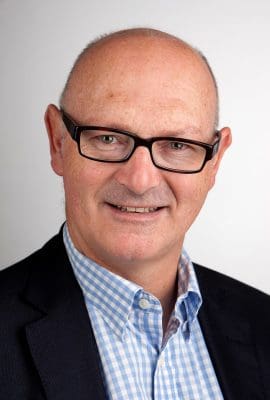 Consultant and business executive Scott McKay has been announced as T-Ports new chief executive officer to continue the management of the company’s core business and day-to-day activities.

Current CEO Kieran Carvill will take on a specialised role to fast-track a range of business growth opportunities currently in planning.

T-Ports chairman Rob Chapman said the Board was looking forward to accelerating its growth plans with such an experienced combination of leaders at the helm.

“Kieran has successfully led the company through its initial start-up phase and now, as the company has matured, will be able to focus on an area of the business he is particularly passionate about – further diversification opportunities in transhipment to drive future company growth,” Mr Chapman said.

“Scott comes to the role with extensive experience in leading businesses across the supply chain.

“His previous experience as a Principal at Aurecon and CEO of Bowmans Rail, as well as his extensive consulting  experience across the mining and agricultural sectors, will prove valuable to the company.”

The new councillors are Jules Alvaro of Merredin, Tarnya Fraser of Quairading, Tamara Alexander of Narrogin, Clayton South of Wagin, and Peter Kirchner of Munglinup.

Each councillor has been appointed for a four-year term, commencing on 1 July.

Made up of 16 Western Australian grain growers, the GAC provides a formal channel to facilitate feedback and communication between the co-operative’s grower members and the CBH Board and management team.

“As the voice of our growers, the GAC provide valuable input to CBH on key operational and strategic issues relating to the co-operative and the wider grains industry,” Mr Stead said.

Mr Stead also thanked the outgoing GAC members for their contribution, noting the commitment demonstrated by all to the ongoing development of CBH and the Western Australian grains industry.

CSD Researcher of the Year announced

CSIRO research scientist Iain Wilson has been named the 2021 winner of the Cotton Seed Distributors Researcher of the Year Award.

The Canberra-based scientist was awarded for his efforts in innovation, his professional commitment to the industry and the impact he has had and continues to have on the cotton sector.

“Ian’s pivotal role in the advancement of germplasm with enhanced Verticillium Wilt resistance through the development of molecular tools employed by the CSIRO cotton breeding program,” the judging panel noted.

“This germplasm will dramatically improve productivity in regions affected by the Verticillium Wilt pathogen, as well as maintain the sustainability of other cotton production regions.”

During the judging process Dr Wilson said his focus on developing resistance markers for Black Root Rot, Fusarium Wilt and Cotton Bunchy Top has been driven by his desire to improve economic and environmental benefits to the industry.

“Iain’s work will have a real and measurable impact on farmers through his work on disease resistance which will in-turn improve yields and reduce the use of chemicals so that’s a win for the economy and the environment,” Mr Kay said. 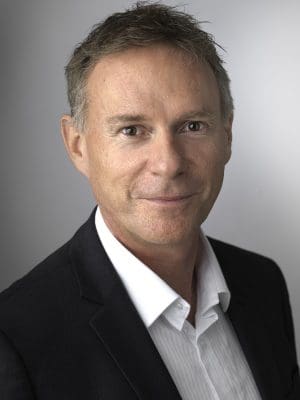 Australia’s national science agency, CSIRO, has announced the appointment of Michael Robertson as the new Director of Agriculture and Food.

Dr Robertson has been at CSIRO for 29 years, where he has held a range of leadership roles including Deputy Director of Agriculture and Food, and Acting Director of Health and Biosecurity.

Dr Robertson has been integral to furthering research in digital agriculture, and championing CSIRO’s Missions, which are large-scale, impact focussed scientific and collaborative research initiatives aimed at making significant breakthroughs.

His research background is in crop agronomy, farming systems and simulation modelling.

Dr Robertson will take up his new role on 1 August.

Agricultural engineer, Craig Baillie, has been named the University of Southern Queensland’s (USQ) first Head of School and Dean for Agriculture and Environmental Science.

His focus on precision agriculture, energy conservation and irrigation modernisation has earned him many accolades, including the prestigious Fulbright Scholar Award.

“Building new technologies for the people who need it most, our farmers, is one of the most important things a researcher can do,” Professor Baillie said.

“This connection between research and people will be central to the School.”

The School of Agriculture and Environmental Sciences was unveiled earlier this year, providing leadership to a suite of academic endeavours from undergraduate to higher degree research training.

Two Australian crop researchers Peter Langridge and Ute Roessner have recently been elected as 2022 Fellows of the Australian Academy of Science (AAS).

Professor Langridge is known for his research revolutionising plant development in Australia and internationally – specifically the development and implementation of cereal breeding technologies.

These technologies were ultimately adopted by all major cereal breeding programs in Australia.

He has also pioneered the introduction of plant functional genomics into Australian crop improvement programs and was a member of a core group that initiated the international barley genome sequencing program.

Currently he chairs the Scientific Board of The Wheat Initiative, a global partnership initiated by research and funding organisations from several countries and endorsed by the G20 Agricultural Ministers to improve world food security.

Professor Roessner is one of Australia’s foremost plant scientists and a world leader in the field of metabolomics.

Her research uncovered mechanisms that describe how plants respond to a variety of abiotic stresses, providing avenues for the development of more stress-resilient crops.

She is currently an Academic Director at the Australian National University.

This year 22 scientists were elected Fellows of the AAS.

Twelve women with diverse skills and experience and all with a passion for leadership, have been announced as the 2022 cohort of the National Farmers’ Federation’s Diversity in Agriculture Leadership Program.

NFF President Fiona Simson said once again interest in the Program was high.

“This year’s applicants confirm agriculture and rural Australia are spoilt for choice when it comes to female leadership talent,” Mr Simson said.

“Importantly, the Diversity in Agriculture Leadership Program is providing a pathway for these women to rise to the top of our industry, a pathway that until recently had not been clear.”

The group will come together in Canberra for an introductory retreat during June and then embark on a four-month mentoring program, before graduating at NFF’s 2030 Leaders’ Summit in October.