Western Australia grower Rhys Turton has been elected as the new GrainGrowers’ chair.

Mr Turton is the first WA-based chair for GrainGrowers and has served on its Western Region board since 2017.

He takes over from outgoing chair Brett Hosking following his resignation from the board.

“Mr Hosking has offered tireless service during his time in the position and his achievements in the role are numerous,” GrainGrowers said in a statement.

Queensland grower Nigel Corish has been elected as deputy chair, alongside other board committee positions (Audit, Risk and Finance committee and the Sustainability Working Group).

Julia Hausler is continuing in her committee chair role of Nominations, Remuneration and HR committee.

GrainGrowers CEO David McKeon announced his resignation in September, and finished up with the organisation last month; recruitment for his replacement is under way.

Grains Australia chair Terry Enright said the first priority for the new Oat Council will be assisting with the establishment of a national oat-classification system, working closely with GIWA, AEGIC, InterGrain and other industry stakeholders.

“The Oat Council will also have key responsibilities in providing advice to Grains Australia on international trade and market access priorities relevant to the Australian oat industry and its requirements for market information and education,” Mr Enright said.

The Oat Council becomes the third commodity council to be established by Grains Australia, following the naming of the wheat and barley councils earlier this year.

Plans are also in progress to establish a Pulse Council and Oilseeds Council in the coming 12 months.

Individual appointments to commodity councils are for a period of two years, with the option to be extended for consecutive terms for a maximum of three terms.

InterGrain has appointed Nicole Kerr as its chief marketing officer. 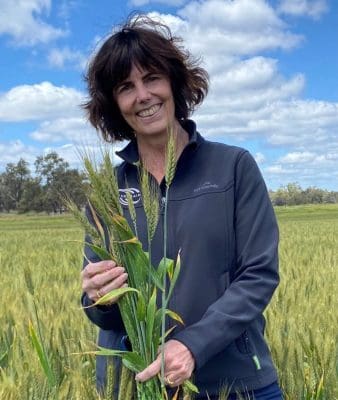 Ms Kerr is an experienced grains industry leader who joins InterGrain from AEGIC, where she has been general manager of strategy and communications for the past five years.

She will oversee the marketing strategy of InterGrain with a particular focus on supporting its direct engagement with growers, advisors and consultants.

“During my time with AEGIC, I learnt a lot about grain markets and the quality attributes markets are looking for in our grain.”

“Nicole has more than 20 years of experience in the grains industry, and she will be an immense asset to our business,” InterGrain chief executive officer Tress Walmsley said.

“Nicole joins the business at an exciting time of the year when we start receiving trial data and get the first look at how our new varieties have performed this season and we make plans for our next product releases.”

Syngenta ANZ country head and managing director Paul Luxton will continue as president and chairman of the organisation.

He will be joined on CropLife’s executive by:

Ken Flower has been appointed as the incoming director of the Australian Herbicide Resistance Initiative (AHRI) at the University of Western Australia’s School of Agriculture and Environment.

Associate Professor Flower has been involved in AHRI projects for several years, contributing his substantial knowledge in no-till and agronomy to the AHRI Agronomy team.

AHRI is a national initiative based at the University of Western Australia with major investment from the Grains Research and Development Corporation (GRDC).

It delivers solution-based research to address herbicide resistance for the broadacre cropping industry and is also globally renowned for its scientific achievements in this area of research.

AHRI and UWA, and GRDC congratulated Associate Professor Flower on his appointment as AHRI Director and Professor, which will formally begin on January 9, 2023. 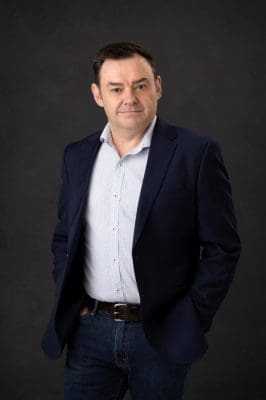 Based in Geelong, he brings 28 years of experience in the food industry to the role, having worked in areas such as quality, R&D, sales and marketing within Australia, New Zealand, and the Asia-Pacific region.

“I’m delighted to join a company such as Malteurop and to work with the outstanding teams in Australia and New Zealand,” Mr Sparke said.

“I’m also looking forward to working with our customers across the APAC region, and to supporting our suppliers and the barley industry.”

His role involves leading a team and overseeing management of more than 50 staff involved in running Malteurop’s Australian and New Zealand operations.

Experienced finance CEO John Howard has been selected by the RIC Board for an initial three-year term.

Minister for Agriculture, Fisheries and Forestry Murray Watt said Mr Howard was selected by the RIC Board following a comprehensive selection process and would commence in the role on 21 November.

“Mr Howard is an experienced CEO who has worked extensively in the agricultural industry and across the supply chain. He also possesses business strategy and transformation and financial investment experience,” Mr Watt said.

The Australian Government thanked Paul Dowler for his leadership as Acting CEO of the RIC from January 2022.

Mr Dowler will return to his role as executive director of RIC Corporate Services. The RGA’s executive director Graeme Kruger accepted the award on behalf of the RGA.

“The calibre of nominees was extremely high; it is an incredible honour for the RGA to receive this award and to be recognised on a national platform,” Mr Kruger said.

RGA president Peter Herrmann said he was delighted to see the RGA receive this award.

“It is fantastic to see the RGA receive the recognition it deserves,” Mr Herrmann said.

Growers working with Viterra will benefit from the extra support of grower relationship managers Kym Scott and Todd Stanford.

Now Western region grower relationship manager, Mr Scott has been in operational roles with the company since 2009, and said he was looking forward to continuing to help growers hone their business solutions in this new role.

“We have such a fantastic grower community on the Eyre Peninsula and West Coast, it’ll be great to work with growers this harvest and into the future,” Mr Scott said.

As Eastern region grower relationship manager, Mr Stanford said his ongoing experience of over 10 years as grower services manager will bring a wealth of knowledge to benefit growers.

“My aim in this role is to ensure that our growers are getting the best service from Viterra and are aware of all that we offer,” Mr Stanford said.

Mr Scott and Mr Stanford are currently in the process of connecting with local growers and introducing them to the assistance they can offer as we lead into harvest. Founded in 1862, Champion is a corporate sibling to Australia’s Allied Pinnacle, and both are owned by Japan’s Nisshin Seifun Group Inc.

The appointment was made to leverage the legacy and combined strength of the two leading Australian and New Zealand flour milling businesses.

His most recent role was merchandise manager for Foodstuffs North Island; in 2020, he led FoodStuffs to partner with Fonterra to produce Simply Milk, New Zealand’s first carbon-neutral milk.

“As we continue to shift gear from strategy to execution, he will lead the team to drive value and win in our chosen categories,” Allied Pinnacle CEO David Pitt said.

“Across both markets, we have a clear vision – to be the flour, bakery ingredients and frozen baked goods business partner of choice in both Australia and New Zealand.”

After six years with RaboResearch, Cheryl Kalisch Gordon is the new head of strategy for Rabobank Australia and Rabobank New Zealand.

Originally from a cropping farm in New South Wale’s central west, she has also worked as an economist and industry consultant, as well as a lecturer at the University of Sydney.

Before her role at RaboResearch, Dr Kalisch Gordon was a trade and economics manager at GrainGrowers.

The Australian cotton industry’s extension program, CottonInfo, has announced that a new communications lead – Megan Woodward – has joined the team.

Ms Woodward will support the CottonInfo team in providing the latest research to growers and consultants, helping them to achieve best practice.

CottonInfo is a joint initiative of the Cotton Research and Development Corporation (CRDC), Cotton Australia and Cotton Seed Distributors (CSD).

Ms Woodward has worked as a journalist and, since May 2020, she has worked with the University of Southern Queensland, delivering RD&E communications.

“Megan’s role will be to help connect growers with relevant industry research and best practice, supporting them to continue to increase their farm productivity and sustainability,” CottonInfo program manager, Warwick Waters said.

“We are delighted to have her on board, and on behalf of the CottonInfo joint venture partners, we welcome Megan to the team.”