Ben Macnamara has been named as CBH CEO after acting in the role since mid 2021. Photo: CBH Group

CBH has appointed Ben Macnamara as its permanent CEO in the position he has been acting in since Jimmy Wilson left the post in mid 2021.

“Ben’s strong track record and proven leadership capabilities, further demonstrated in recent months as acting CEO, made him a clear choice as the board’s top candidate for the CEO position,” Mr Stead said.

“The board is looking forward to working with Ben to build on our co-operative’s great history.”

Mr Macnamara said he was honoured to have the opportunity to lead CBH and serve the grain growers of WA.

“Growing up in a farming family in the wheatbelt of WA, I recognise the significant role our co-op plays in the livelihoods of thousands of grain growers across the state, and I am proud to be a part of that.”

Mr Young has held several senior executive and director roles across both grain and livestock supply chains since the 1990s. 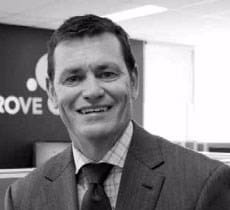 He is currently chair of Western Australia’s largest pork producer, Westpork, and a director of Plum Grove.

“The appointment of Andrew as interim CEO will ensure the organisation maintains its strategic focus and momentum to deliver on its objective to combine a multitude of industry good functions under the one organisation,” GAL chair Terry Enright said.

“The Board of GAL is committed to illustrating to industry a clear path to integration of grain classification, trade and market access, market information and education in a timely manner.”

It has also taken responsibility for the daily administration of the National Working Party on Grain Protection.

Mr Enright extended his appreciation to Mr Wilson for his efforts during the complex establishment phase for the organisation.

“Jonathan bought to the role enthusiasm, integrity and a relationship-oriented approach that was appreciated as we look to bring the industry together.”

CSD general manager – growth and development James Quinn said Dr Bange brought with him a wealth of experience with regard to cotton physiology, experimentation and research administration.

“Mike is highly regarded across the cotton industry both within and outside Australia for his dedication to cotton agronomy and physiology and willingness to engage industry,” Mr Quinn said.

Dr Bange has a long association with the CSIRO at the Australian Cotton Research Institute, and was most recently a senior research manager with the Grains Research and Development Corporation.

Dr Bange started in the role at CSD on December 1. Geoff Shirtcliff has been appointed as senior grain trader at Norco.

Based in Toowoomba, he is working with the team which includes Norco’s manager grain Ian Hanley, and traders Neville Brown and Simon McDougall.

Mr Shirtcliff was previously the cottonseed trading manager at Namoi Cotton, and prior to that was a trader with Louis Dreyfus and Viterra.

The vacancy at Namoi created by Mr Shirtcliff’s departure has been filled by Andrew Jurgs , who has stepped up from his role in Namoi’s grower services team.

The Dual-Purpose Canola Team research group in December was awarded the Sir Ian McLennan Impact from Science and Engineering Medal for its profound impact on resilience of mixed-farming systems.

With industry partners GRDC, Delta Agribusiness and Kalyx, the CSIRO-led team conceived and helped implement the use of canola cropping for the dual purpose of grazing and grain, practices which already have increased resilience of 200,000 hectares of southern Australian arable land.

In Australian cereal-dominated farming systems, the outcome from developing an effective rotation crop that could be grazed by sheep, and then produce a high-value oilseed has significantly increased productivity, profitability, flexibility, and resilience of these farms. GrainGrowers’ members in the Northern Region have voted for their National Policy Group (NPG) representatives.

“They are all excellent representatives for our industry, and we are lucky to have them now representing growers from their areas,” GrainGrowers’ chair Brett Hosking said.

These are Western Region (SA and WA), Southern Region (southern NSW, Victoria and Tasmania) and the Northern Region (Queensland and northern NSW).

The NPG determines GrainGrowers’ policy positions and represents the views of farmers on national issues affecting the grains sector.

The first meeting for the GrainGrowers National Policy Group including the newly elected Northern Region representatives will take place in early 2022.

The NPG Northern Region representatives are: 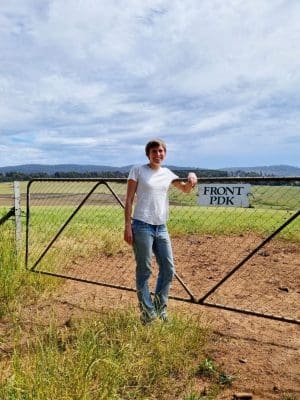 Felicity Richards has been elected as the new chair of Farmsafe Australia, replacing Charles Armstrong, who has headed the organisation since 2011.

Ms Richards is a former president of Primary Employers Tasmania, has extensive farm business management experience across a range of enterprises including wool, beef, lamb and cropping, and her skillset includes law, regulatory policy and governance.

“I am committed to making sure that we, as an organisation, continue to help Australian farmers improve the safety on their farms and the safety of their processes and procedures,” Ms Richards said.

Richard Franklin of James Cook University has been elected to the position of deputy chair. Dr Franklin has a long history with Farmsafe Australia, and his expertise in agricultural work, health and safety practices and research.

“I look forward to working with our Australian farmers and rural communities to find evidence-based solutions for WHS issues that are continuing to take the lives and livelihoods of our farmers,” Dr Franklin said.

We know that agriculture consistently ranks amongst the most dangerous industries to work in and we need to put our collective efforts into driving down the incidence of injury and death on Australian farms.” Dr Franklin said.

Other committee members are:

Roseanne Healy has been appointed to the Murray–Darling Basin Authority (MDBA). 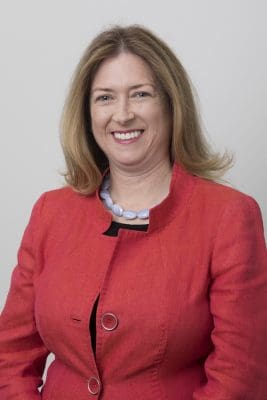 “She sits on the boards of the Grains Research and Development Corporation, Dairy Australia as well as the National Water Grid Authority so will be well informed about the intersection between food production and sustainable water management.

“As a South Australian, Ms Healy knows how important a healthy working river system is – from the north to the south.

Based in Brisbane, Mr McLean will be responsible for growing accumulation and trade for ARIA-AAAX in eastern states.

“The focus will be on exporting cereals to our network of customers, both in containers and bulk,” Mr McLean said.

AAAX trading is headed by James Foulsham who is based in Perth.

Mr McLean was previously a trader with Plum Grove/Mitsui.