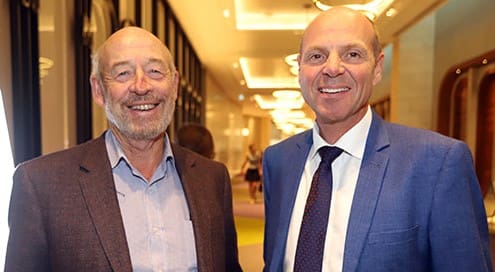 FIVE directors with a combination of industry experience, knowledge and expertise have been appointed as the inaugural board to oversee the development of the new industry good company, Grains Australia Ltd.

Western Australian grain and livestock producer Terry Enright has been appointed as the inaugural chair.

The company has been established with widespread support from industry and will consolidate the delivery of important services and functions on behalf of the grains supply chain.

An initiative of the Grains Research and Development Corporation (GRDC), Grain Growers Ltd (GGL), Grain Producers Australia (GPA) and Grain Trade Australia (GTA), the formation of Grains Australia will combine a multitude of industry good functions under one organisation.

These functions are likely to include trade and market access, commodity variety classification, market information and education.

“Grains Australia will take industry good functions that growers and the broader sector already pay for and put them under one roof,” Mr Woods said.

“This has been a 10-year aspiration for the grains industry and it has taken three years of negotiation to achieve this outcome.

“The alignment and integration of these core functions will deliver better outcomes and efficiencies, which ultimately means a greater return on investment for growers and more effective use of resources.”

Mr Enright will step down from his role Australian Export Grains Innovation Centre (AEGIC) chair to take on the new role from September 1.

He is a past GRDC chair, GPA director, Export Wheat Commission commissioner and Australian Livestock Export Corporation chair. He is also the current chair of the Grains and Legumes Nutrition Council.

Supporting Mr Enright will be four inaugural Grains Australia directors, who will also start next month:

Mr Woods said the selection of the inaugural chair and directors had been undertaken by an independent selection committee – comprising nominees from GRDC, GGL, GPA and GTA – with support from a specialist recruitment organisation.

“More than 200 applications were received for the five board positions, and the calibre of applications was exceptional, so it was a challenging process for the committee to select the skills-based board.

“This inaugural board represents a combination of experience and expertise that will achieve the consolidation of industry good services and functions that has been long awaited by grain growers.”

The GRDC has provided the initial investment in Grains Australia, in combination with residual Wheat Industry Special Account funds. However, it is anticipated that grains industry organisations will be active contributors to the operations of the company through involvement on committees, councils and working groups.

Mr Woods said Grains Australia had a very clear purpose as a a low-overhead and outcome-driven organisation, with accountability to deliver to the industry and growers.

One of the first tasks for the board is expected to be the recruitment of a chief executive officer, as well as implementing operational arrangements. Any potential site requirements for the effective execution of business will be a matter for Grains Australia in time.

“With the structure in place, it is now up to the new board and management of Grains Australia to continue discussions with all relevant organisations to integrate and execute the functions identified and establish a consultative process with industry.” 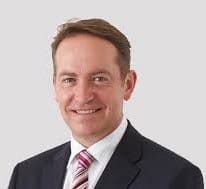 Mr Gillam will assume the role of chairman on September 24, 2020, following Mr McGauchie’s retirement as chairman and non-executive director.

Mr Gillam has had a 20-year career with Wesfarmers where he held a number of senior leadership roles including chief executive officer of the Bunnings Group, managing director of CSBP and chairman of Officeworks. His experience as a non-executive director includes his role as chairman of CSR Limited. 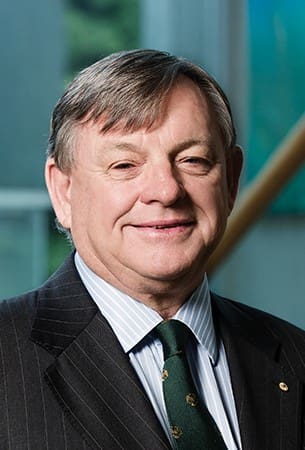 “Nufarm is a proud Australian company with strong customer standing and a growing market relevance in its chosen international markets. I am looking forward to leading the board and working with the management team to further strengthen its market position and improve returns for shareholders,” he said.

Mr McGauchie joined the Nufarm board in 2003 and was appointed chairman in 2010.

The sheep farmer from near Bendigo in Victoria is a former National Farmers Federation president (1994-1998) and has a string of other career achievements that include serving on the Prime Minister’s Supermarket to Asia Council, the Foreign Affairs Council and the Trade Policy Advisory Council (late 1990s); a board member of the Reserve Bank of Australia (2001-2011);  and chairman of Telstra Corporation (2004-2009).

Woodhams elected to CBH board 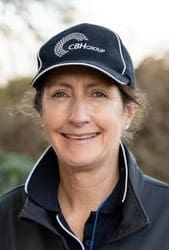 Ms Woodhams came from an Esperance farming family and has been running a farming operation in the Kojonup and Woodanilling Shires for the past 27 years.

She is deputy chair of the CBH Growers’ Advisory Council.

“We welcome Helen’s appointment to the board. Her extensive background in farming and experience on CBH’s Growers’ Advisory Council will bring valuable skills and insights to our board,” CBH chairman Simon Stead said. 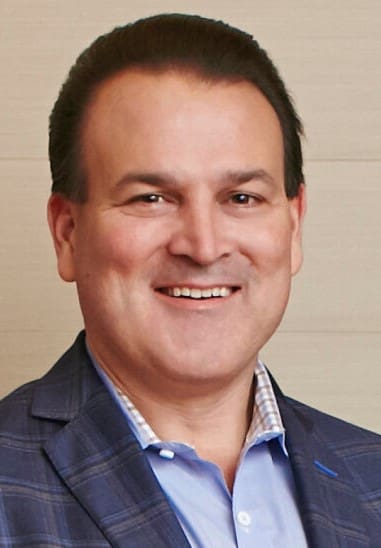 He will briefly serve in transition as deputy CEO, working closely with current CEO Ian MacIntosh who will retire.

Mr Gelchie will assume the CEO role on October 1, 2020, from the LDC chief operating officer position to which he was promoted last year.

Mr Gelchie has worked for LDC for approximately 20 of the past 30 years in areas of investment and on commodities desks including sugar, rice, cocoa and coffee.

Outgoing CEO Mr MacIntosh, who worked in the late-1980s in the Melbourne office, was thanked by Ms Louis-Dreyfus for collectively steering the company, his great ambassadorship of LDC, his leadership and strategic vision during his two-year term at the helm.

THE NSW Government has appointed Daryl Quinlivan to the new position of Agriculture Commissioner, a role focused on promoting growth in the state’s agricultural sector.

“A key component will be to advance an improved planning system, one that effectively recognises and protects agricultural production,” he said.

“NSW Farmers looks forward to working with the Government to ensure that the Commissioner has the appropriate statutory powers and resources to fulfill their role.

“We would like to see the Commissioner work across government agencies to ensure that the rights of farmers are upheld.” Mr Sandral is based at the GRDC office in Wagga Wagga, the first GRDC appointment there in the grower relations role.

The new appointments to the AusAgritech board are: Natasha Ayers (WA), Penny Schulz (SA) and Jessica Fealy (Qld).

The expansion of the board represents an opportunity to continue to progress a national agenda that supports key government bodies and major representative interest groups in creating a vibrant and proactive Agritech ecosystem in Australia.

AUSTRALIAN seedsman and business leader Donald Coles has been elected president of the International Seed Federation (ISF), the 10th person to hold the position. He will serve a term of two years. 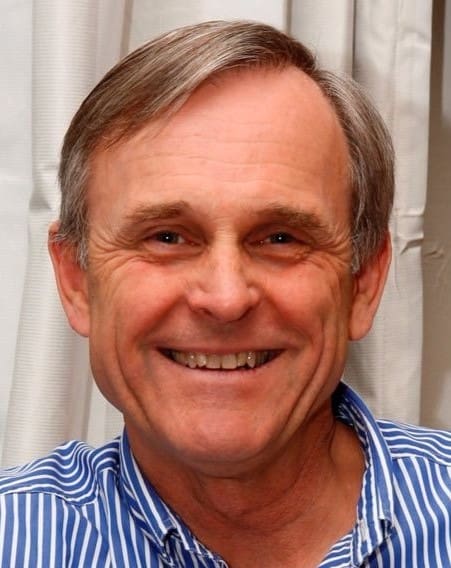 “The role of agriculture in the steady supply of quality, healthy food has been greatly highlighted during the COVID-19 crisis. Today seed is widely recognised as an essential good and a key element in food production,” Mr Coles said.

“This gives us further determination to ensure the efficient movement of quality seed to continue to deliver benefits to the entire value chain.

“In addition, it is very important to ensure continued innovation. New plant breeding methods can continue to contribute solutions to the global challenge of building sustainable food systems in the face of climate change as well as meeting an ever-growing consumer demand for quality, healthy food. Seed creates food in a matter of weeks.”

Mr Coles is managing director of Valley Seeds Pty Ltd. and is a past director of the Australian Seed Authority.

In 2012, he was elected president of the Australian Seed Federation.

He has held national positions within Australian Government agencies and affiliated bodies such as the Gene Technology Regulator.

SARAH Corcoran has taken up the position of chief executive officer of Plant Health Australia (PHA), the national coordinator of the government-industry partnership on plant biosecurity. PHA chair, Steve McCutcheon, said Ms Corcoran brings a wealth of experience to the role, with over 20 years working in biosecurity, including leading responses to exotic pest and disease incursions.

In her previous role as executive director, biosecurity and animal welfare; infrastructure and major projects with the Northern Territory Government she was at the forefront of leading the response to the citrus canker outbreak.

Prior to that, she held a number of senior plant biosecurity positions with the Queensland Government and led the largest invasive ant eradication program ever undertaken in Australia.

Mr Fraser was appointed to the role in 2008 and, in the following 12 years, made a significant contribution to the growth of the organisation and Australia’s plant biosecurity system.

LIZ Alexander has left her role as agribusiness development coordinator for the Central Highlands Development Corporation in Queensland to take on a new appointment with i4 Connect as the associate commercialisation facilitator for Central Queensland based in Emerald.

i4 Connect is the commercialisation delivery partner for the Australian Government’s Entrepreneurs’ Programme to provide eligible small and medium businesses, entrepreneurs and researchers with access to expert advice and funding to help get a novel product, process or service to market.

NATIONAL Science Week, which runs from August 15 to 23, has something new this year, and it’s not that it’s all online.

Passionate young Australians will show about how their work is impacting food and nutrition security in developing countries and in Australia, and making a personal, professional and global difference.

“We want high school and university students and the general public to know about the impact of science in global food and nutrition security, and the broad range of study, career and volunteering pathways to get them on their way – whatever their age,” said Cathy Reade, director of Outreach for the Crawford Fund and manager of their NextGen program.

The Fund is an Australian NGO, based in Canberra, that engages Australians in training scientists in developing countries to improve food and nutrition security.

“Our NextGen program has been providing young and not-so-young Australians with scholarships, awards, volunteering and mentoring opportunities in developing countries to encourage their interest in related studies, careers and placements. We want more of them to know about the enormous impact they can have. It’s great to be able to spread the message during National Science Week,” she said.

The events is timed to provide the best opportunity for high school teachers to have their students attend as a group from the class room, but it will also interest university students working out where they want to take their science and members of the general public who want to be inspired, possibly volunteer overseas or with an interest in science related to food and nutrition security.

The Crawford Fund is developing free cross-curricular teaching materials focused on food and nutrition security. By signing up for the event, the schools will automatically be provided with access to the materials.

The speakers have all been using their science skills for a global impact in a variety of countries. They have landed in their careers through different journeys and have all benefited from awards and scholarships to help get them to where they are. Sam Coggins, one of the group of young Australians who are speaking at the Crawford Fund online events for National Science Week next week. Sam became passionate about working with smallholders following an internship at the International Rice Research Institute. Sam’s main interest is leveraging digital tools (apps) to support scaling of extension services in developing countries. He is now involved in a Bill and Melinda Gates Foundation digital project, and doing a PhD aiming to help alleviate climate risks for farmers abroad and at home. Sam, with two friends, is further developing RiseHarvest, a smartphone app designed to help farmers in Myanmar use fertiliser more effectively.