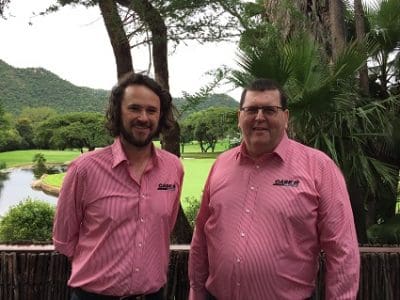 Mr McCann will take over the position on April 1 from Bruce Healy who is moving into a different area of the CNH Industrial business.

CNH Industrial ANZ executive managing director, Michele Lombardi, said Mr McCann had the passion, knowledge and experience necessary for the role and the vision to take the company forward.

“As a member of the Case IH team for the past eight years, and marketing manager for two of those years, Pete has taken responsibility for raising the profile of the brand and ensuring the people around him are the very best in their respective fields,” Mr Lombardi said.

Mr McCann grew up on a farm at Dubbo in central NSW, and prior to joining Case IH in 2010 he worked for GPS-Ag.

EXPORT Council of Australia (ECA), the peak body representing the promotion of Australian industry in international markets, has appointed Alina Bain as the new chief executive officer of the organisation. 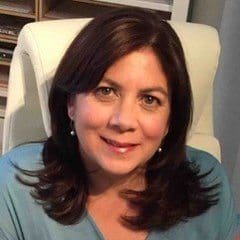 Council chair, Dianne Tipping, said Ms Bain brought extensive public policy experience to the ECA following over 10 years in senior executive roles for the broadcasting and advertising and marketing industries, most recently a two-year appointment as CEO of the Australian Services Roundtable.

Ms Tipping congratulated outgoing CEO, Lisa McAuley, for her leadership of the ECA.

INTERFLOUR’s chief strategy officer Avi Fintz has taken over the position of managing director and chief executive following the resignation of Greg Harvey who held the reins for the past 13 years.

Mr Fintz joined the Interflour Group in May 2013 to oversee the group’s strategic and business development functions.

Mr Harvey is returning to Perth to be closer to his family.

The Interflour Group is a joint venture between Western Australia grain grower co-operative CBH Group and Indonesia’s Salim Group with interests in Asia, including flour mills in Indonesia, Malaysia, Vietnam, Turkey and the Philippines.

Research agronomist for the Mallee

GRAIN growers in the Mallee are set to benefit from the appointment of Regional Research Agronomist (RRA) Audrey Delahunty. 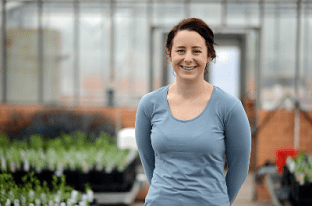 Based in Mildura, Ms Delahunty’s role will complement the Regional Research Agronomists Program focussing on grains research and development in the medium rainfall zones within Victoria.

Her background is in pulse agronomy, where her PhD focus was ‘Improving the tolerance of lentil to high temperature tolerance through genetic solutions’.

Joining Ms Delahunty will be a graduate, Kate Finger, further building research capacity within the Mallee.

For the next 18 months, Ms Finger will undertake placements within agribusinesses and grower groups gaining a broad grounding of grain production across the Mallee.

First woman on CBH Board

NATALIE Browning from Kondinin in Western Australia has been elected the first female grower director of the CBH Board in the co-operative’s 85-year history.

CBH chairman, Wally Newman, said Ms Browning’s background in farming and her experience on CBH’s Growers’ Advisory Council would bring valuable capabilities and perspectives to the 12-member Board. 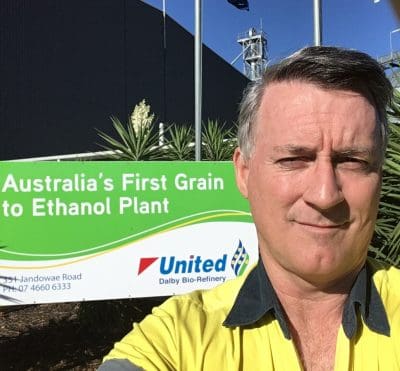 Mr Kuskopf has previously worked in the Queensland sugar industry in ethanol production and milling for CSR and Wilmar.

THE University of Southern Queensland’s Professor Geoff Cockfield will take up the role of ‘Distinguished Chair in Agriculture and Life Sciences’ at Kansas State University in the United States later this year. 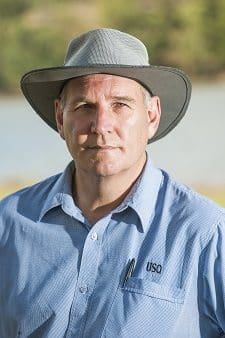 Professor Cockfield will spend five months in the US analysing ways in which governments support, or could support, farmers and agricultural industries.

“I want to see if there are policy instruments that can contribute to supporting farm income levels and stability without violating national and international competition rules, and also to see if and how governments might support production while protecting the resource base,” he said.

On his return, he hopes to contribute to policy debates in Australia with findings from the research. 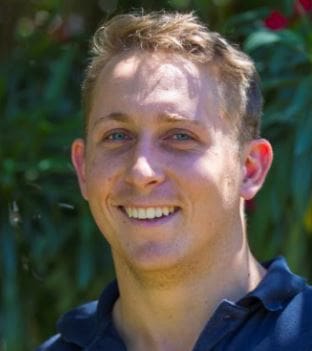 “With the cotton industry continuing to expand into new regions, the planting window widening in many areas and interest in dryland cotton increasing each season, CSD are investing in quality staff to support and drive the industry into the future,” CSD managing director, Peter Graham, said.

Appointments to the Extension & Development Agronomy team, and the CSD Farming team, are:

GROWER director, Ben Coulton, has retired from the Namoi Cotton Limited Board after a 12-year stint with the company.

“I have been a Board member of Namoi Cotton since 2006 and the ensuing period has seen some tremendous achievements and many challenges for the organisation,” Mr Coulton said.

“The ability of the company, to trade through any circumstances whilst continuing to provide critical and industry leading services and products to the cotton growers of the Australian cotton industry has been of great pleasure to me personally and a privilege to be a part of with my fellow Directors.

“After almost 12 years being involved and with the Restructure completed last year representing a new era for Namoi Cotton, I feel the time is right to devote more time to my family and farming interests.”

THE cotton industry is calling for nominations for the 2018 Australian Cotton Industry Awards which recognise excellence and high achievement throughout the supply chain. 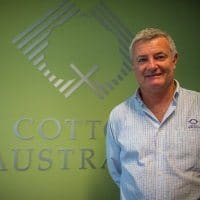 Cotton Australia CEO, Adam Kay, said the Awards acknowledged the hard work of everyone in the industry, from growers and ginners to product suppliers, consultants, agronomists, researchers and others.

“The annual Australian Cotton Industry Awards are a great way to celebrate our industry’s achievements and acknowledge the tremendous work, commitment and innovation of people throughout the cotton supply chain. I encourage everyone in our industry to nominate those around them who deserve recognition,” he said.

Nominations are open to both individuals and teams. Anyone in the industry can nominate themselves or others through the online nomination form at www.australiancottonawards.com Entries for the 2018 Australian Cotton Industry Awards close at 5pm on March 30, 2018.

RIVERINA local, Annabel Arnold, Berrigan, is the winner of SunRice’s 2018 Jan Cathcart Scholarship that is designed to assist women with connections to the rice industry and who are undertaking, or planning to undertake, tertiary studies.

Valued at $10,000 a year for up to three years of tertiary study, since launching in 2014 the scholarship has provided five recipients with numerous opportunities, from financial support to work experience and employment placements with SunRice and professional and personal growth.

The scholarship will support Ms Arnold in undertaking a Bachelor of Agriculture degree from the University of Melbourne.

AUSTRALIAN Grain Technologies (AGT) has announced the appointment of Douglas Lush as marketing and production manager in northern New South Wales and Queensland. 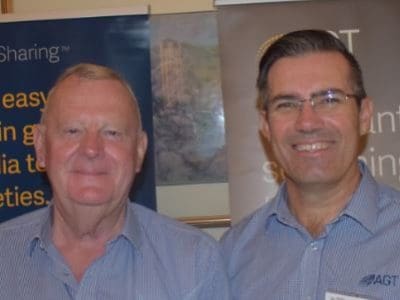 Based in Toowoomba and working closely with AGT’s Narrabri Breeding Centre, Mr Lush will help in managing AGT breeding trials in Queensland, whilst working with current but out-going AGT marketing and production manager Kerrie Gleeson.

Having worked with the Department of Agriculture, Fisheries (DAF) in Queensland for over 18 years, Mr Lush knows the industry and the challenges and opportunities that growers face in the region.

He has worked with breeding and research organisations in a number of projects, including wheat breeding yield and quality evaluation, synthetic wheat evaluation, crop modelling and northern adaptation studies and Queensland National Variety Trials (NVT).

Most recently, as a research agronomist for DAF, he has managed the central Queensland NVTs, as well as other research projects focusing on winter cereal production and nutrition, and been responsible for compiling and editing the Queensland Wheat Varieties publication since 2002. 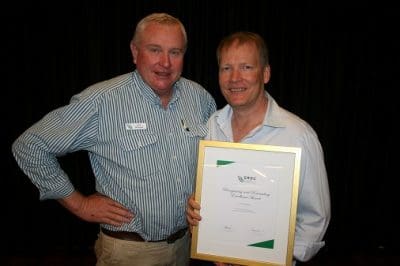 The award comprises a travel bursary aimed at extending the professional networks and collaborative research opportunities of key Australian research scientists for the benefit of the wider grains industry.

Dr Kirkegaard studied at the University of Queensland before joining CSIRO as a research scientist in 1990 to improve the productivity and sustainability of dryland mixed farming systems in southeast Australia.

A research scientist who is making an impact in the area of new crop varieties and best practice agronomy has been recognised as one of the grains industry’s most influential young leaders. 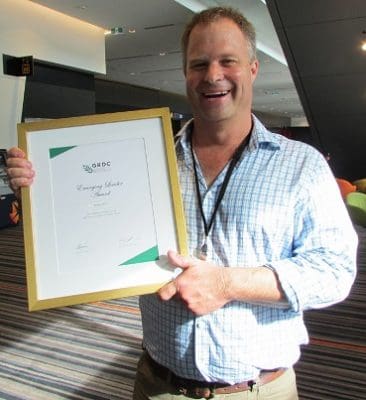 The annual award – voted upon by the GRDC Southern Regional Panel – acknowledges, encourages and rewards young emerging leaders of the grains industry in South Australia, Victoria and Tasmania.

Mr Ware, who is based at Port Lincoln on Eyre Peninsula, leads the New Variety Agronomy group for SARDI and plays an important role in a number of regional, State and national research initiatives.

LISA Croft has commenced in the role of deputy chief executive officer for the Australian Pesticides and Veterinary Medicines Authority (APVMA).

Ms Croft’s role is based at Armidale in northern NSW and will provide essential oversight of our corporate programs.

She has held a number of senior executive roles in the Australian Public Service including most recently at the Department of the Prime Minister and Cabinet.

She has led policy, program and grant management reforms in areas such as indigenous affairs and housing and has also managed internal reform programs for agencies such as the Department of Families, Housing, Community Services and Indigenous Affairs.

A LEADING pulse agronomist and game changer in the field of break crop research in Western Australia has been named the winner of the 2018 GRDC western region Seed of Light award. 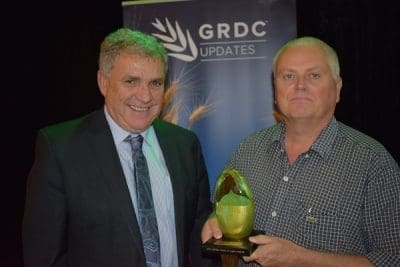 Department of Primary Industries and Regional Development (DPIRD) senior research officer, Mark Seymour, is this year’s winner of the award.

Announcing the award, GRDC Western Regional Panel chairman Peter Roberts said Mr Seymour – who is based at DPIRD in Esperance – had an inherent ability to understand and respond to the important issues facing growers and industry.

“Industry can under-estimate the significant impact an individual can have when it comes to on-farm adoption of research outcomes,” he said. 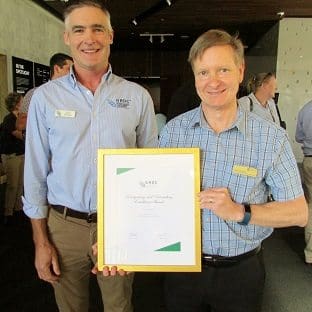 “Chris works in an area of research that is constantly evolving and enormously complex. His studies are very much at the cutting-edge and he is a global leader in the science behind management of weeds and the dynamics of herbicide resistance,” Mr Bennett said.

“Yet, he possesses a unique ability to transfer that knowledge to growers and advisers in a practical manner that is easy to digest, leading to rapid practice change on-farm.”

QUEENSLAND Department of Agriculture and Fisheries (DAF) senior development agronomist, Philip Burrill, has been presented with the GRDC 2018 Northern Seed of Light award. 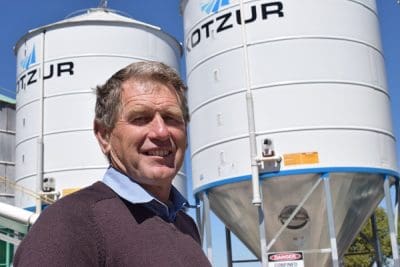 The Darling Downs-based grain storage expert’s career that has spanned nearly 40 years and earned him a reputation as a “dirt on your boots, practical, pragmatic researcher”.

“Philip is extremely passionate about agriculture and research and this passion, coupled with his skill as a communicator has enabled him to share knowledge and build strong networks both with growers and the wider grains industry,” Mr Minogue said.

“He has an extensive following across Queensland and New South Wales and has become an invaluable source of quality information for a broad range of people from entomologists working in labs and doing field trials, through to silo manufacturers and growers looking to invest in on-farm storage.

“But it is his very practical, down-to-earth approach to translating and delivering scientific research in a way that every grower can understand and researchers can appreciate that has become his trademark.”

THE cropping industry got its first official look at Pacific Seeds’ world-first imidazolinone-tolerant grain sorghum when they attended summer crop field days at Brookstead and Felton on Queensland’s Darling Downs in February.

About 75 attendees, including growers, agronomists and grain traders, were able to inspect trial crops containing the proprietary igrowth trait. The first igrowth hybrid is Sentinel IG.

They also looked at existing sorghum products, experimental hybrids and had a catch up over a barbeque dinner. 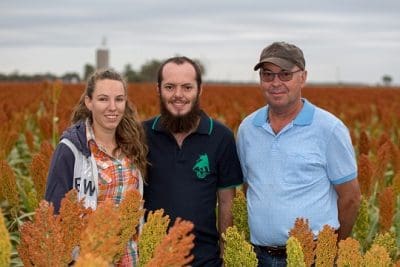 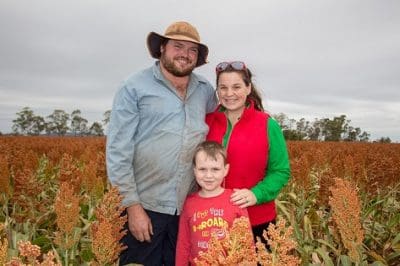 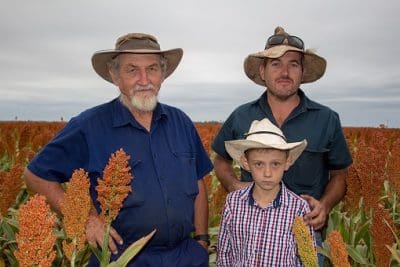