Who is on the move in the Australian grain industry? Catch up with our latest update of industry appointments, rewards, retirements and achievements.

WAFarmers has announced the appointment of Trent Kensett-Smith to the position of chief executive officer. 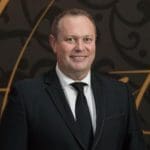 Born and raised in New South Wales, Mr Kensett-Smith grew up on his family farm which produced modest herds of cattle, ran sheep for prime lamb production and cropped irrigated crops and pasture.

Having studied Science in Agriculture at Sydney University, he had intended to work as an agronomist upon completion of his studies.

But, after a brief stint in horticulture, Mr Kensett-Smith jumped at the chance to work in broadacre agronomy and said he had “never looked back”.

“Through the ensuing 20-odd years, I have moved through roles with larger and smaller companies in the agribusiness sector on both sides of the country in locations including Dalwallinu, Melbourne, Hyden, Southern Cross and Narrogin,” he said.

“During this period, I worked to maintain my practical involvement in technical services and delivery of these to farmers.

“In 2005, I made a conscious decision to pursue agribusiness managerial positions where I have been fortunate enough to realise greater opportunities and gather some exceptional mentors to my side.”

“I am looking forward to moving ahead with WAFarmers and being part of the exciting times we as an industry and as individuals have in front of us.”

Mr Kensett-Smith will begin his employment at WAFarmers on Tuesday, 26 September.

THE chair of the Grain Industry Association of Western Australia (GIWA) executive and chair of the GIWA Wheat Council, Dr Richard Williams, has notified the executive he will be resigning from both positions as of Wednesday, 4 October, 2017. 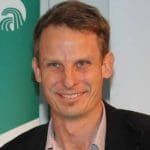 Under the GIWA constitution, nominations are open for the two positions being vacated by Dr Williams, plus the position of vice-chair of the GIWA executive which is currently vacant.

The GIWA executive will review nominations and provide feedback to candidates before the election of the GIWA chair takes place at the 2017 AGM on Wednesday, 4 October, 2017.

DARLING Downs cotton grower Matt McVeigh has been appointed a member of Cotton Australia’s Board. 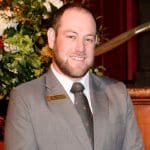 Mr McVeigh took up the role at the organisation’s Annual General Meeting held in Griffith, NSW.

He takes the position of Stuart Armitage, a long-term Board member who retired from his position at the same meeting.

Mr McVeigh is a third-generation Dalby farmer and a Nuffield Scholar, and is a regular participant in national and local industry committees.

SUNRICE non-executive grower director Noel Graham will retire from the position in November.

Mr Graham was appointed as a SunRice non-external director following his election to the Rice Marketing Board in 2001 and has served on several committees, including the Grower Services Committee and the Rice Research and Development Technical Advisory Committee.

He was chairman of SunRice subsidiaries SolRice (Solomon Islands) and SunFoods (US), as well as serving as a Board member of Trukai Industries Ltd (PNG).

A YOUNG Queensland scientist who has pioneered a way of fast-tracking the growth of genetically improved ‘super wheat’, which is more resilient to drought, pests and weeds, has been recognised as the 2017 Queensland Young Tall Poppy Scientist of the Year. 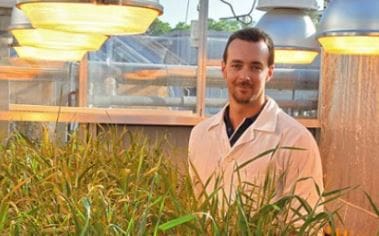 University of Queensland senior research fellow, Dr Lee Hickey, over the past nine years has played a key role in developing ‘speed breeding’ technology, which has produced up to six generations of wheat and barley each year.

His research is solving a major problem for farmers in Queensland and New South Wales who regularly experience crop production losses due to weather damage, pests and weeds.

Dr Hickey was awarded $5000 to support and promote his cutting-edge research in genetics and plant breeding.

He will participate in education and community outreach programs to inspire school students and the broader community about the possibilities of science, including visits to schools, educational seminars, workshops, public talks and other activites.

ADAM Pitman has been appointed Pioneer Australia area sales manager for Dalby and the Western Downs in Queensland. 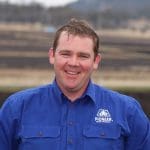 Mr Pitman, who has 13 years of agronomy experience in the region, was originally from Biloela in Central Queensland.

He attended Emerald Ag College for two years before completing a degree in Applied Science Agronomy at the University of Queensland’s Gatton campus.

Mr Pitman’s district includes Dalby and the Darling Downs, out to the western areas of Roma and Taroom, and down as far as Dirranbandi and St George.

Cate Wild is CA’s new regional manager for the Macintyre Valley, based in Goondiwindi.

Ms Wild’s primary role is to act as the organisation’s primary liaison with growers in the valley, ensuring their voices are heard on important policy and operational issues.

In addition, she will help organise and participate in local events such as workshops and information sessions, and promote the organisation’s education and workforce program to schools.

Ms Wild has a background as a cotton agronomist, crop consultant and businesswoman, and previously held the role of secretary for the Macintyre Valley CGA. 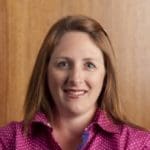 In her new role, she is responsible for driving CA’s workforce strategy to ensure growers and the industry have access to well-trained and skilled staff into the future.

In conjunction with the shift in CA’s regional team in the Macintyre Valley, the organisation’s St George and Dirranbandi regional manager, Jane Hill, has taken on additional responsibility in the Border Rivers region, extending her role to look after growers in the Mungindi district.

THE Australian Barley Technical Symposium (ABTS) held its annual general meeting recently at the ABTS2017 conference in Hobart where management committee members were reappointed for the next year. 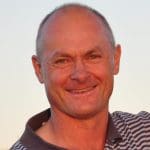 The ABTS is a forum that promotes the exchange of information throughout the barley supply chain.

The next symposium will be held in Perth, WA, in September, 2019. 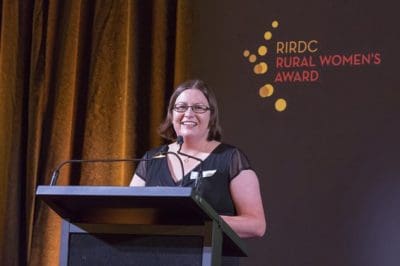 Ms Dupagne has been recognised for her work in supporting the wellbeing of young rural Australians through her role as director of Camp Kulin which she founded in WA’s wheatbelt region four years ago.

Camp Kulin is a children’s recreational camp three and a half hours from Perth and is one of the fastest growing programs in the country, taking around 2000 students annually for school holiday camps, community group camps and more.

The program aims to revitalise dwindling regional communities by holding regular camps and address problems faced by at risk youth through its scholarship program.

The 2017 national runner-up was Simone Kain from Penola in South Australia’s Limestone Coast region who was recognised for her work in educating children about farming and encouraging them to consider a career in agricultural industries. 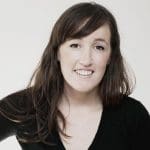 Ms Kain is the co-creator of children’s character, ‘George the Farmer’, who teaches kids about agriculture and where their food comes from in an interactive story app.

She will be using her award bursary to develop new educational resources for preschool and primary school students, featuring George’s wife, talented agronomist ‘Dr Ruby’, to encourage more children to consider a career in agriculture. 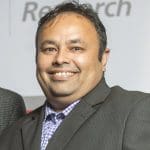 Dr Ravinesh Deo, a senior lecturer from USQ’s School of Agricultural, Computational and Environmental Science, will lead research projects at both Kyushu University and the University of Tokyo later this year, after being awarded the 2017 Japan Society for Promotion of Science (JSPS) International Invitational Fellowship.

Dr Deo, who has previously undertaken fellowship programs in Canada, Europe and China, said his current research was looking to developing predictive models for climate and energy with data analytics, where pattern recognition can be applied to assess renewable energy options for both Australia and Japan.

TWO entrepreneurs whose innovations are set to benefit the Western Australian grains industry have received a boost from the Department of Primary Industries and Regional Development to develop their ideas. 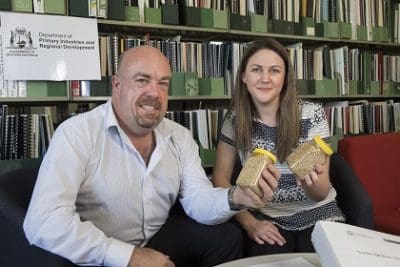 Jennie Comparti and Kahl Fisher have received a department scholarship to attend the 2017 Curtin Ignition Program, a one-week intensive training package to upskill aspiring entrepreneurs to help commercialise their inventions.

DPIRD grains executive director, Jason Moynihan, said the scholarship aimed to stimulate innovation and business opportunities in the WA grains industry that would enable it to grow and prosper.

Ms Comparti is looking to develop an allergy-friendly snack from local grains, fruit and vegetables for young children, which can be eaten dry or mixed with water or milk to become a puree.

FOUR Western Australian students have received a boost to their careers in cropping thanks to a Grains Research and Development Corporation (GRDC) scholarship to help support their studies at the WA College of Agriculture – Cunderdin.

The GRDC is investing to secure a skilled workforce for the grains industry by awarding scholarships across the country to students studying trade certificates in on-farm technical skills.

The WA scholarship winners are: