Kevin Moore: the ‘go to’ doctor for chickpea disease management CHICKPEAS’ rise to prominence as a mainstream crop throughout the northern farming zone over the past four decades has been due, in no small part, to the efforts and expertise of the indisputable ‘go to’ authority on the now widely-grown pulse, Kevin Moore.

The Tamworth-based New South Wales Department of Primary Industries senior plant pathologist has led the way in transforming chickpeas into the popular, profitable crop that is now grown throughout Australia’s cropping regions.

Initially faced with varieties vulnerable to diseases that threatened to destroy the industry in its early stages, Dr Moore has been instrumental in identifying resistant lines and developing on-farm disease management programs that have secured chickpeas’ place in many farming rotations.

In fact, he says that since 2016 “when the price of chickpeas went through the roof” chickpeas have gone on to challenge wheat’s dominance as the primary crop for broadacre agriculture in farming regions stretching from Central Queensland to Dubbo in central NSW.

“Many farmers are now chickpea farmers who grow wheat and other cereals in rotation with chickpeas,” he said.

“They still need wheat because they need the residue ground cover and the benefits of a cereal/broadleaf crop rotation, primarily disease and weed management. Chickpeas, being a pulse, don’t produce a lot of biomass because it breaks down very quickly compared to cereal straw.

“So, they still need cereals in the rotation. Either a chickpea/wheat, sorghum/chickpea/wheat or cotton/chickpea/wheat rotation is pretty much the norm now. There wouldn’t be many chickpea farmers in the north who don’t grow chickpeas on a regular basis, or at least have tried them.”

Dr Moore said while chickpeas were more challenging to grow than wheat, they could be a very profitable crop if managed well.

“We have a good management package for the diseases and the agronomists, breeders and physiologists have done a great job in providing a whole package for profitable chickpea production,” he said.

The road to Tamworth

Born in Sydney in 1949, Dr Moore grew up on a soldier settlement farm at Chipping Norton just outside Liverpool on Sydney’s south western outskirts. 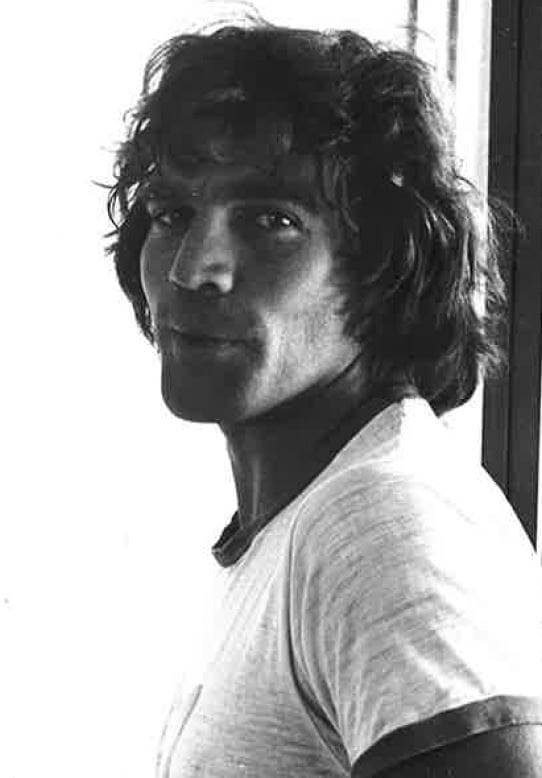 Kevin Moore in the early 1980s when he had just moved to Tamworth – his “long haired hippy” days!

“In those days cereals were pretty much the only broadacre crop grown,” he said.

While at Rydalmere he completed an external Masters degree through Sydney University on the Phytophthora group of plant pathogens before taking up a scholarship from the Washington Wheat Commission in Washington State in the United States in February 1975 where he embarked on a PhD program studying take-all disease in wheat under renowned cereal pathologist, Emeritus Professor James Cook.

Dr Moore returned to Rydalmere in February 1978 before transferring to Tamworth in 1980 as a cereal pathologist.

“As farmers became more interested in crop rotations and having grain legumes in their crop sequencing I became interested in the pathology of pulse crops, faba beans in particular,” he said.

“Then, as chickpeas became more profitable and more popular I moved across to chickpeas, and have been working on chickpeas ever since.”

In 1996 Dr Moore had the opportunity to travel to the International Center for Agriculture Research in the Dry Areas (ICARDA) in Syria where he was involved in setting up chocolate spot nurseries for faba beans.

It was when he returned to ICARDA the following year that he first saw the devastating chickpea disease, Ascochyta blight. When it appeared in Australia in 1998 he knew what it looked like.

“Ascochyta was identified in Australia by chickpea breeder, Ted Knights, and we needed to do something about it fairly quickly,” he said.

“So, Ted focussed on chickpea Ascochyta, but he also had running in the background a chickpea Phytophthora root rot program. I became involved with that. I developed a rapid screening technique for chickpea Phytophthora in the field with the Queensland Department of Agriculture at the Hermitage Research Station at Warwick. Kevin Moore and local agronomist, Liz Macdonald, in a chickpea crop affected by Ascochyta near Moree in 2003.

When Dr Moore started working on Ascochyta in 1998 all the varieties grown in Australia were highly susceptible to the disease. In seasons that were favourable, the disease wiped out the entire crop.

“In the 1998 epidemic in the north the industry was based primarily on the variety Amethyst which was highly susceptible to Ascochyta. There were dead crops everywhere,” he said.

“So, I started developing a disease management package for chickpea Ascochyta blight. We were quite successful in a fairly short period of time.

“We initiated the work at the end of 1998 and by the end of the 1999 season we’d put together a 10-point Ascochyta management plan for chickpeas which the industry quickly adopted. They have been working on that ever since.”

Dr Moore said most of the varieties available to today’s chickpea farmers had useful resistance to Ascochyta.

“It still requires management in seasons that are highly favourable to the disease. The newer varieties require far less fungicide and we’ve worked out the best time is to apply the fungicides,” he said.

Looking ahead at the coming 2021 season, Dr Moore said recent rains had topped up soil profiles and set up favourable conditions for chickpea production, “but seasons that are good for chickpeas are usually also good for diseases”.

He urged growers to be on the lookout for key diseases such as Ascochyta blight, Phytophthora root rot and viruses. In potentially high crop biomass seasons, he said the other one to particularly watch for was Botrytisgrey mould (BGM).

“If growers plant too early they will end up with high biomass crops that favours BGM. The problem with BGM is that if conditions are favourable, it is almost impossible to stop,” he said.

“So, unlike Ascochyta which is readily managed with in-crop fungicide, the very conditions that favour BGM – big, dense crops you can’t walk through – make it difficult to get the fungicide into the canopy. That is why BGM is a very difficult disease to stop. Fortunately, that only happens once about every 10 years.”

After 54 years of service in the Department, Dr Moore is set to go on long service leave in October 2021, and will retire thereafter.

Not surprisingly, he has been the recipient of numerous awards throughout his career, including the GRDC’s Seed of Light, the Pulse Australia Achievement Award, the Brownhill Cup and the Lester Burgess award.

“If you live long enough and stay in the game, you are bound to get a gong now and again,” he said. Dr Moore acknowledges the role the many colleagues at Rydalmere and the DPI, farmers and agronomists have played in his career over many years. 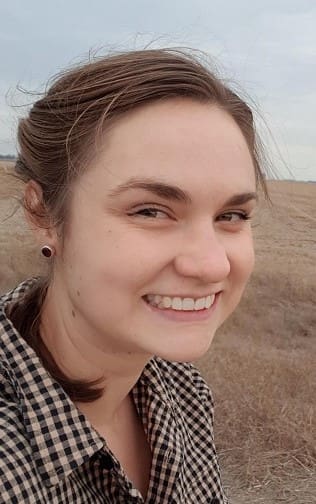 “It’s been with their support both personally and professionally that has kept my interest going and kept me focussed. Without them I probably wouldn’t be still working today,” he said.

“In particular, Ted Knights, and Kristy Hobson, who replaced Mr Knights when he retired, have provided encouragement and ongoing support to maintain the passion, and I cannot thank them enough.”

Fortunately, Dr Moore and the other NSW DPI pathologists at Tamworth – Steve Simpfendorfer, Joop van Leur and Sean Bithell – have a new understudy, Hayley Wilson, who started at Tamworth in January 2021.

“Whilst young and needing experience in the region, Hayley’s intellect, passion, dedication and willingness to learn ensure that pulse and cereal farmers, agronomists and industry will continue to get ongoing plant pathology and disease management support,” Dr Moore said.